Who Is The True Israel?

The Revelation of Jesus Christ that God gave him at Revelation 2:9 has the angel that Jesus dispatched to the imprisoned Apostle John says …

Permit me to preface this article by saying that I am completely and totally against doing harm to any ethnic, religious, racial, and national group within the human family. The escalation of violence being perpetrated upon such groups underscores the sick condition the world is in. There is no excuse for harming or taking the lives of innocent people no matter what or who they are. My thoughts and prayers go out to those families impacted by the recent surge of violence and acts of terrorism by hateful individuals and hate-groups upon others. And, if the nations of the world engage in the taking of innocent lives in their disagreements and conflicts with one another, they are guilty of shedding innocent blood and are accountable to the judge of us all, The Most High God. Those nations of the world forget that they would not be in their places if not by God’s permission. If they are proven to be “bad tenants” on His earth, they will be evicted and destroyed. (Daniel 2:44)

Yet, in the world, something is wrong. Very wrong. Who are these people who occupy a land called Israel today? Are they the true sons and daughters of Jacob (Israel)? Or, are they imposters?

Why is it that many of the people that occupy that particular piece of real estate look like Caucasians? When I Google “Israeli men and women” and then click on the “images” link, I see primarily White people! How can that be? They are Caucasians! That is, they came from the region of the Caucasus Mountains, which lie just below Russia. 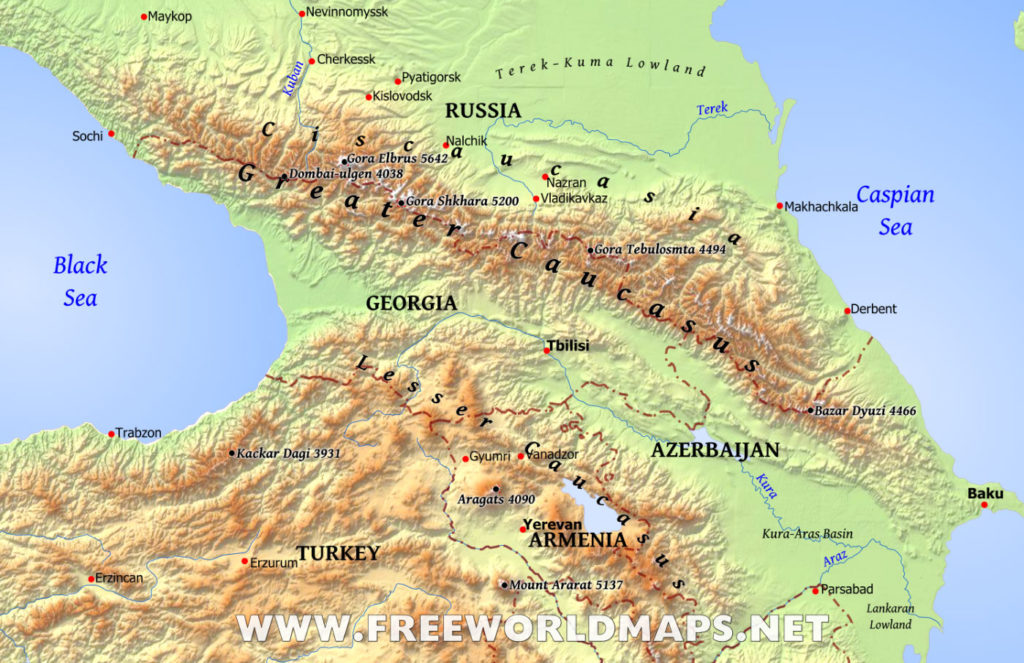 When I look at the President of Russia Vladimir Putin and the Prime Minister of Israel Benjamin Netanyahu I see two men who share a similar lineage: Caucasoid. These are White men! 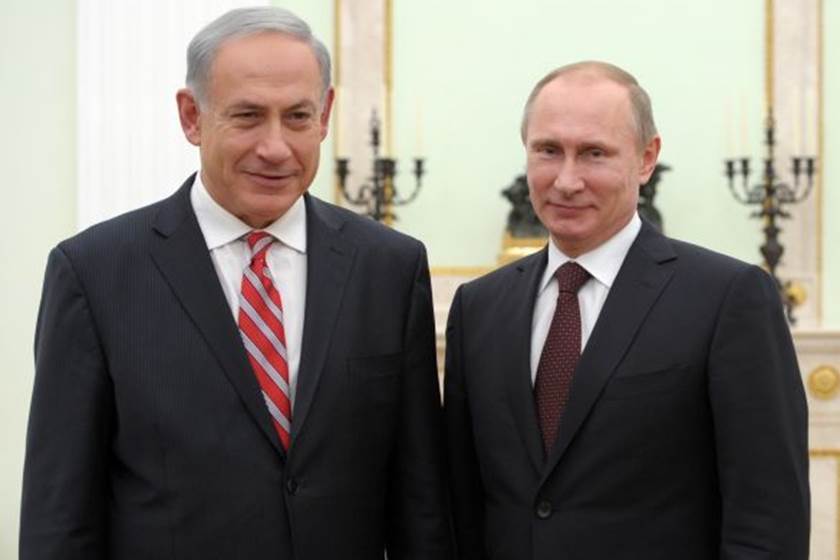 Benjamin Netanyahu is not a Jew. He is not a child of Jacob!

The people who lived in that part of the world would have been sun-burnt and, at the least, be much darker in complexion than the so-called Jews that occupy that land today. Something is fishy, here.

One of Jesus’ Apostles – The Apostle Paul – was mistaken as an Egyptian by a Roman Commander. At Acts 21:38 we read …

Aren’t you the Egyptian who started a revolt and led four thousand terrorists out into the wilderness some time ago.

In order for the Roman Commander to have mistaken Paul, a Jew, as Egyptian, Paul must have had a dark complexion. His complexion was nothing like Netanyahu’s in the image above. Then, what was Jesus’ complexion?

We do know that Jesus viewed as the “Carpenter’s son.” The son of Joseph. We also, know that Jesus disappeared for about 20 years. We know very little about his childhood or years as an adolescent. As an adult, we only a few years of that when he appeared to his cousin John the Baptizer to get baptized at the age of 29 or 30 years old. So, what happened to those many years? Where was Jesus?

A powerful hint is given at what people said about him as an adult. We read at Matthew 13:54-56 …

Coming to his hometown, he began teaching the people in their synagogue, and they were amazed. “Where did this man get this wisdom and these miraculous powers?” they asked.  “Isn’t this the carpenter’s son? Isn’t his mother’s name Mary, and aren’t his brothers James, Joseph, Simon and Judas?  Aren’t all his sisters with us? Where then did this man get all these things?

The people in his own hometown wondered where he got all of his wisdom from and what they viewed as “miraculous” powers. He was a mere Carpenters son. How is it that is so educated?

That is a very easy question to answer and the answer gives us insight as to what Jesus must have looked like.

Out of Egypt, I called my son.

Jesus ended up in Egypt and was educated there, just as Moses was. His teachers were Egyptian scholars. Not only that, Jesus must have blended in, just as Moses did. Moses was called out of Egypt, Jesus was called out of Egypt to return to Jerusalem. He would not have been known as Jesus or Yeshua in Egypt. He would have had an Egyptian name. Most likely, Horus. The stories of Jesus and Horus are strikingly similar. There is a definite connection there. This accounts for those missing years.

It is no wonder, then, that when Jesus returned to Jerusalem, people, where astounded as to how could someone born of a lowly Carpenter be so wise and scholarly.

The so-called Jews today – the so-called Israel of today – is not of Jacob. They are imposters. The true Israel of would be the most afflicted people on the planet and they are truly scattered all over the world.

The imposter that occupies that nation-state of Israel today is not afflicted. Many people say, “But they were! The Holocaust.” I now ask, “Was the Transatlantic Slave Trade lesser in severity than the Holocaust!” Not only that, the descendants of those slaves are still suffering to this day and are viewed as the lowest of the lowest in the earth today. This cannot be denied.

Yet, what of the imposter in the so-called nation-state of Israel today? Are they afflicted? No!

The so-called nation-state of Israel is anything but afflicted. This imposter is an economic and military power with powerful allies. It does not trust God to fight their battles, they take matters into their own hands.

Moses chastized the Hebrews for their lack of faith in God when they saw Pharaohs Armies charging at them and their backs were against the Red Sea. That this imposter has built up a formidable military regime – and has used it – shows that it has no faith in the God because the God of Abraham, Isaac, and Jacob is not really their God. They do not know Him. If they were truly holy people, they would know that without a shadow of a doubt and they would leave matters in the hands of their God.

This is an imposter whose god is military force and financial influence in the world.

The true Israel is still dispersed all over the earth. A well thought out plan was devised to enslave them, strip them of their true identities and heritage, and disperse them all over the world and to keep them in a depressed state. They are still the “wretched” of the earth.

Of the imposter, the angel tells John at Revelation 2:9-11 …

Do not be afraid of what you are about to suffer. I tell you, the devil will put some of you in prison to test you, and you will suffer persecution for ten days. Be faithful, even to the point of death, and I will give you life as your victor’s crown.

In time, shocking developments will come about. God, Himself will bring light to what has been hidden for thousands of years.

The true Israel will be exposed and the so will the false one.

So will the evil power – the god of this world – who made it so and perpetrated a lie upon the world.

A Revelation From Jesus Christ That God Gave Him