Many within the religious system – called by men – are so arrogant and conceited, that it presumes to tell those who question, challenge and investigate what it teaches that they need help! Help with what? In understanding what “The Bible teaches.” Never, does it enter into their minds that perhaps THEY are in error and need help.

I love (and sometimes grin within myself) as I see the many who believe that Jesus is God squirm, become emotionally agitated and even angry at me because I do not accept their Trinity teaching. I present to them words spoken by God, Christ and even his Apostles that emphatically and explicitly state that Jesus is not God, but is the Son of God.

Demons are the masters of deception. Deception is defined as pushing off what is a lie as the truth (with sugar on top).

The woman Eve, was told something (a lie) that so closely resembled what God told her husband (the truth) that she believe it. A lie appears clean, white and bright in this world. It tastes good to the ears. (This is how the woman ate what the serpent told her: She listened and believed. It was not a literal eating of fruit. The fruit (of lips) were the words of the Serpent. The mouth to eat those words were the ears of the woman who listened, accepted and digested what the Serpent told her).

Today, one of the biggest lies and deceptions that has been perpetrated upon the human family by the religious system called by men – Christianity – is that Jesus Christ and the Holy Spirit are both a part of a “Godhead” (a made up word) and are all God.

The ancient Hebrews never believed in a triune of gods. They believed in one God. We are talking from Adam all the way up through Jesus and the death of the last Apostle. They believed in one God! For 1500 years after the ascension of Christ, there was no printed Bible and thus there could have been no dispersion of it. That 1500 year time period was called “The Dark Ages.” Within this Dark Ages time period, Catholic Bishops fought and debated over how God and Christ should be believed. It was at several counsels, the most noteworthy counsel was the Nicaene Counsel of 325 AD. At this counsel a politician – not a follower of Christ – decided to end the bickering of Roman Catholic Bishops over the issue of who Jesus Christ was (and a few other issues) and he dictated and decreed that Jesus would be believed as God. That belief would be the “official” policy within the  Roman Empire. That Emperor was Constantine. Anyone not believing this, according to that decree, could not be saved. (Sounds familiar?)

This is where things got messed up and the truth about God and Christ changed. It is because of a decree by a politician in 325 AD, that many today believe that Jesus is God!

I find it funny as I know many people today who claim to be followers of Christ and who are dead set against the teachings of the Catholic Church. Many of them even view it as an antichrist! Yet, they accept a teaching created by the Roman Catholic church: The Trinity!

So those who believe that Jesus is God accept the decree of Roman Emperor Constantine and they accept what is called The Athanasian Creed, is a Christian statement of belief focused on Trinitarian doctrine and Christology. You can read more about The Athanasian Creed here.

On this website, my worst and most vicious visitors are those who claim they are followers of Christ. They really take exception at being told that they are in error. Many weighty and “bomb shell” sayings of God, Christ and the Apostles are presented to them. What do many of them do?

There is an enemy of Christs teachings that walk this earth. They are in the billions. They are men and women claiming to be devout followers of Christ. But they will not defend him and the things he taught. Instead, they defend the doctrines of men which are lies being promoted as truth. They have been reckless in teaching God and Christ. They have taught in gross error. Their actions speak louder than what they say. Christ teaches love your enemies, Christianity teaches condemn them to a fiery hell or blow them all up!

They become agitated, condemnatory and angry at any who to not go along with them.

The Apostle Peter said of such persons at 1 Peter 4:4:

They are surprised that you do not join them in their reckless, wild living, and they heap abuse on you.

So, don’t even try it. I will never subscribe to joining you in your pretention at loving people, hateful condemnatory and intolerant of others, and the teaching others YOUR lies. I used to be like you for more than 40 years of my life until I realized who you are: The foretold imposter who would come on the basis of Jesus’ name with the truthful teaching that Jesus is the Christ (Messiah), but would use that teaching to mislead many. (Matthew 24:4-5) 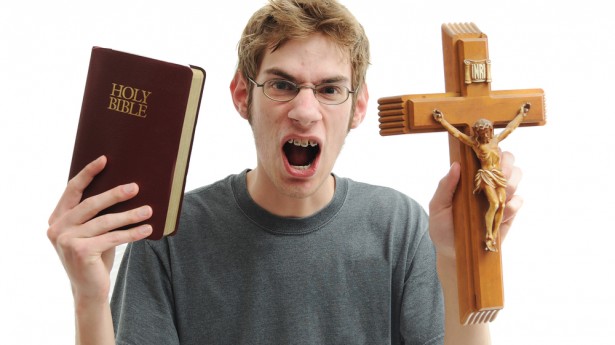 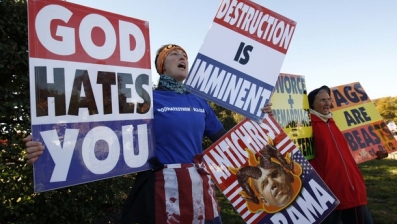