To the Congregation in Ephesus

“To the angel of the church in Ephesus write:
These are the words of him who holds the seven stars in his right hand and walks among the seven golden lampstands. I know your deeds, your hard work and your perseverance. I know that you cannot tolerate wicked people, that you have tested those who claim to be apostles but are not, and have found them false. You have persevered and have endured hardships for my name, and have not grown weary.” – Revelation 2:17

Why Write To Angel?

The imprisoned Apostle John was directed by an angel to write to an angel. Does that make sense? Yes, it does if “angel” is viewed in the context of a human messenger.

Obviously, John had to literally write down “in a scroll” what he saw and heard and he was to send it to the seven congregations in the District or Province of Asia (Minor).

It appears the entire earth in the future will be divided up into seven provinces or districts. Each district will have over it a person or groups of persons who will have assigned kingly authority over the other members of the respective districts. I am more inclined to believe that these are bodies of men numbering in the thousands per district that Jesus will have entrusted with the administration of his earthly kingdom that THEY will inherit when his kingdom ends. It becomes their kingdom!

Each body of men represents “an angel” or messenger who have the responsibility to administer as Christ did and spiritually feed the other members of the congregation under their administration with healthful teaching and instructions. So, the writing is to these bodies of men. Upon receiving the message/warning, they are to make adjustments, if needed. Jesus wants his household to make it into God’s kingdom when it comes down and provides them with what is required to get into it. In his absence – when his kingdom ends – his entire household must be and will be tested by Satan as he was. The entire Revelation is a warning to all of the world in those future days what will happen when his 1000-year kingdom ends and Satan is released upon the world. Satan’s power and influence will be so strong, he will mislead even those assigned as Kings over the earth by Christ. You will see this in the discussion of the revelation. Christ is warning these deceived human angels here.

Don’t let your head explode. The pieces of the puzzle will fit and all of that multi-colored ball of tangled yarn will become untangled by the time I have taken you through the entire Revelation.

One message exists already: The Revelation From Jesus Christ That God Gave Him.

Another message is yet to come: The declaration of the Good News of the Kingdom. It has not been given yet.

You will see as I move forward in this discussion, these angels – bodies of men – called Kings of the Earth.

These are the words of him who holds the seven stars in his right hand and walks among the seven golden lampstands. – Revelation 2:1

In writing to the Ephesian congregation, the Apostle John affirms that the words of the revelation are from The Word of God himself, Jesus Christ.

Are these words of Revelation 2:1 of John? The angel? Jesus is speaking here. It is his voice!

It is Christ himself – as we saw in the discussion of Chapter 1 – who has control and authority over in his right hand seven stars (angels) and the seven lampstands (congregations).

These seven congregations figuratively make up his household. They are NOT in existence yet, sorry to burst a bubble here. The seven stars represent the unique enlightenment they will receive via the Holy Spirit from his Father through him. At any time, Christ can remove that star or enlightenment.

Recall before his ascension Jesus told his disciples …

The Advocate, the Holy Spirit, whom the Father will send in My name, will teach you all things and will remind you of everything I have told you. – John 14:26

The Holy Spirit, which will be used to dispense enlightenment to Jesus’ household can be given and it can be taken away or even restored. If taken away, no more knowledge, wisdom, understanding, or teaching is possible for the congregation in which their star is removed.

And many think the Bible is illumination! Far from it! This is something much greater than a book that men crafted, compiled, named, made holy, and they call the word of God. The world in this regard has been misled.

So here, we are seeing Jesus walking among his household (seven lampstands) and as you will see in a moment knows his house and what will occur in it.

I Know Your Deeds

I know your deeds, your hard work and your perseverance. I know that you cannot tolerate wicked people, that you have tested those who claim to be apostles but are not, and have found them false. You have persevered and have endured hardships for my name, and have not grown weary.
Revelation 2:2-3

Jesus inspects one of the members (lampstands) within is household and gives both praise and admonishment. The world of the future – the one Jesus’ kingdom creates – will be organized into districts or provinces all over the earth. Each district will comprise of millions upon millions of people.

Jesus knows the deeds and hard work of the Ephesian congregation. They persevere and that they “cannot tolerate wicked people, that you have tested those who claim to be apostles but are not, and have found them false. You have persevered and have endured hardships for my name, and have not grown weary.” Yet, Jesus sees an issue with this member of his household.

I Hold This Against You

Yet I hold this against you: You have forsaken the love you had at first. Consider how far you have fallen! Repent and do the things you did at first. – Revelation 2:4-5

This congregation will forsake the love they had at first. Why? Because Christs 1000 year kingdom will have ended and none of the congregations will be without their king.

Please Get This: By the time Christs 1000 year kingdom will have ended, all of mankind will have been restored whole and perfect and no longer in need of a mediator or intermediary before God. All of mankind will be as Adam was. Did Adam have a mediator? No! Adam communicated with God directly! But it is not over yet!

When Satan is released upon that future world (after Christs 1000-year kingdom ends), he will see a perfect human society populated all over the earth organized into seven districts (Gog of Magog) with people whose numbers are like the sands of the sea.

It is obvious that what Jesus is providing a warning to all of those congregations who will have already been deceived by Satan! (Read Revelation 20:7-8)

Apparently, this particular congregation will have been impacted greatly by Satans deceptive work and have fallen greatly from the love they have for one another; something would have taught them Jesus taught them during his 1000-year reign and something they were practicing.

If They Do Not Repent – Lampstand Removal

Repent and do the things you did at first. If you do not repent, I will come to you and remove your lampstand from its place. – Revelation 2:5

Apparently, some bad practices will exist in this entire deceived congregation. Jesus warns the Ephesian congregation that if they do not repent, they will be expelled from his household! That is, have their lampstand removed from its place. Where is that place?  His household!

Why should this congregation pay attention to this warning? Because if they are not within his household, they are no longer under his leadership. And, what is yet to come after Satan is destroyed once and for all, is the coming down of God indefinite kingdom down to the earth. And, entry into that kingdom is not possible unless one is a member of Christ’s household! Jesus said at John 14:6 …

So entry into The Fathers Kingdom when it comes down is not possible unless it is through Christ. He knows the way! Adam was expelled from the Garden, Christ – the second or last Adam, who is a life-giving spirit, not flesh and blood – knows the way back. (1 Cor 15:45)

One Thing In Their Favor

But you have this in your favor: You hate the practices of the Nicolaitans, which I also hate. – Revelation 2:6

What Jesus says next to the angel of the Ephesian congregation is very loving and it shows that he is merciful. The tells that angel that he is aware that he hates the practices of the Nicolaitans. Who or what are Nicolaitans?

This is unknown. There was a man named Nicolaus who was one of seven men responsible for food distribution to the early Jerusalem congregation following Pentecost 33 C.E. It is possible that the practice of improper food distribution will occur. (Act 6:1-6)

But I believe it is better to say as we do not know. But whatever is practiced, Jesus hates it too.

Hear What The Spirit Says

Whoever has ears, let them hear what the Spirit says to the churches. To the one who is victorious, I will give the right to eat from the tree of life, which is in the paradise of God. – Revelation 2:7

Jesus concludes what he has to say to the Ephesian congregation to all of the congregations.

He tells them all to hear what the Spirit (Holy Spirit) is telling them and to heed. And, that if they listen and abide, they will not have their lampstand removed (expelled from his household) and they will be granted entry into God’s Kingdom when it comes down to the earth!

That is what is meant by … I will give the right to eat from the tree of life, which is in the paradise of God.

This paradise of God is what Adam was in.

Notice here that it is Christ himself who is granting the right to eat from the Tree of Life (remember, this was one of two trees in the middle of the garden that God planted).

So, it is important in those future days that we listen to what the Spirit says to all of the congregations.

The Revelation From Jesus Christ That God Gave Him is what we are to pay attention to! That is why Jesus said at Revelation 1:3 … 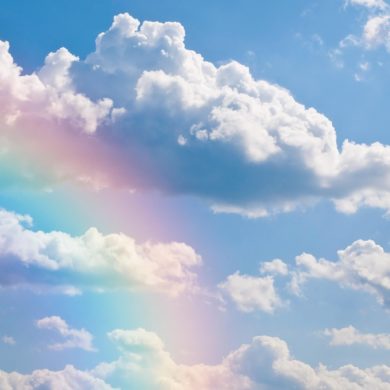 Who Is Your Authority?