After this I looked, and there before me was a door standing open in heaven. And the voice I had first heard speaking to me like a trumpet said, “Come up here, and I will show you what must take place after this.” 2 At once I was in the Spirit, and there before me was a throne in heaven with someone sitting on it. 3 And the one who sat there had the appearance of jasper and ruby. A rainbow that shone like an emerald encircled the throne. 4 Surrounding the throne were twenty-four other thrones, and seated on them were twenty-four elders. They were dressed in white and had crowns of gold on their heads. 5 From the throne came flashes of lightning, rumblings and peals of thunder. In front of the throne, seven lamps were blazing. These are the seven spirits of God. 6 Also in front of the throne there was what looked like a sea of glass, clear as crystal. In the center, around the throne, were four living creatures, and they were covered with eyes, in front and in back. 7 The first living creature was like a lion, the second was like an ox, the third had a face like a man, the fourth was like a flying eagle. 8 Each of the four living creatures had six wings and was covered with eyes all around, even under its wings. Day and night they never stop saying: “‘Holy, holy, holy is the Lord God Almighty,’ who was, and is, and is to come.” 9 Whenever the living creatures give glory, honor and thanks to him who sits on the throne and who lives forever and ever, 10 the twenty-four elders fall down before him who sits on the throne and worship him who lives for ever and ever. They lay their crowns before the throne and say: 11 “You are worthy, our Lord and God, to receive glory and honor and power, for you created all things, and by your will they were created and have their being.” – Revelation 4:1-11

An Open Door In Heaven

After this I looked, and there before me was a door standing open in heaven. And the voice I had first heard speaking to me like a trumpet said, “Come up here, and I will show you what must take place after this. – Revelation 4:1

The Apostle John’s attention is next drawn to an open door in heaven. This is not an open door to heaven, but rather an open door in heaven. This shows that is it allowed to see a door in the heavenly realm but not what lies beyond the door, yet. He also hears a voice speaking to him but the voice was like a trumpet. That this voice spoke like a trumpet indicates that the speaker was an announcer about to announce something. This voice commanded attention. The voice like a trumpet could only be that of an angel as no humans reside in the heavenly realm.

Note: Trumpet blasts in ancient times were used to signal that an important message would follow.

The voice like a trumpet command that John “Come up here.” Why? So that he can show John what lies beyond that open door seen in heaven!

The angel says something that is noteworthy of our attention. He tells John to come up here so that he can “Show him what must take place after this.” Take place after what?

Well, recall back at Revelation 1:10 what John said:

On the Lord’s Day, I was in the Spirit, and I heard behind me a loud voice like a trumpet.

See the reference to trumpet, voice, Lord’s Day, and in the Spirit? This is what is being referenced here at Revelation 4:1. John is going to be shown what must take place after the Lord’s Day ends!

This is what the entire “A Revelation By Jesus Christ That God Gave Him” is all about: What must shortly take place after Christ’s 1000-year kingdom ends! (Revelation 1:1)

The open door John sees in heaven means that Jesus’ kingdom (at its end) will have opened a door in heaven (that only he (Jesus) can open which had been previously closed), that will allow God’s Kingdom to come down to the earth and make it possible for those who endure what is about to occur on earth (at Satan’s release from the Abyss) to have everlasting life. (Revelation 3:8; Matthew 22:42)

John Is In The Spirit

At once I was in the Spirit, and there before me was a throne in heaven with someone sitting on it. – Revelation 4:2

Jesus taught at John 4:24 that, “God is spirit, and his worshipers must worship in the Spirit and in truth.” Reference to “In the Spirit” is made here again at Revelation 4:2.  What is this?

Flesh and blood are aware and conscience of the physical world around us. That is, the things we can see, taste, smell, and touch. Yet, John was transported – not in the physical body – but in mind, into the spiritual world in which God and His vast angelic hosts reside. I would venture to say that when John was in this state (in the Spirit) if one viewed his physical body, John would have been in a comatose state – as if dead – and oblivious to his physical surroundings. Yet, he was alive and actually in another place that was more real than the physical world.

Note: It is important to understand that John did not physically go to heaven. Flesh and blood cannot reside in that realm. He was imprisoned on the Greek Island of Patmos. What John saw was in a spiritual vision of a spiritual place. Thus, he was in the Spirit. (John 4:23-24; Col 1:15; 1 Cor 15:50; John 3:13)

John Sees A Throne and The One Sitting On It

And the one who sat there had the appearance of jasper and ruby. A rainbow that shone like an emerald encircled the throne. Revelation 4:3

John describes the one sitting on the throne. Nothing in John’s description indicates something human. The one John sees has the appearance of jasper and ruby and a rainbow that shone like an emerald that encircled the throne.

At Revelation 6:11 we are told about a group of people in the future who will have been at the forefront in resisting Satan’s throne (the Beast) and not worshiping it. They will be put to death for their faithfulness to God and Christ. This group of faithful ones will each be given a white robe and told to rest (in death) until the rest of their brothers are killed as they have been. (See Matthew 10:21-22)

At Revelation 3:5 we see a group mentioned and that they will be arrayed in white robes if they conquer (remain faithful) (see Revelation 5:4).

To pinpoint exactly who these twenty-four elders are, we have to look at Revelation 1:6 again:

and has made us to be a kingdom and priests to serve his God and Father—to him be glory and power forever and ever! Amen. – Revelation 1:6

It appears that the ones Jesus chose when he walked the earth – his twelve Apostles – will make up the first half of these 24 elders. At Revelation 21:14, see mention of the names of Christs’ twelve apostles written on the twelve foundations of New Jerusalem which comes down out of heaven (to the earth) from God. (See Matthew 6:10)

There will be an additional twelve persons who preceded Christ (perhaps Noah, Moses, Job, Isaac, David, etc) who will receive a resurrection and perhaps persons fututurenThey have not been chosen yet! Their choosing is yet future. Recall what is mentioned by Jesus’ angel at Revelation 6:11: to wait a little longer, until the full number of their fellow servants (which is 24), their brothers and sisters, were killed just as they had been. – Revelation 6:11

Please do not let this stumble you. Some might be asking at this point: All of Jesus’ Apostles were not killed, many of them died of sickness or old age. This is true, but …

We are speaking of a time period when all of mankind will have been resurrected – including Christ Apostles – to live again. Even Christ’s first twelve Apostles (the ones he chose) will be tested to be proven faithful during that time period after Christ’s 1000-year kingdom over the earth ends. An additional twelve chosen ones will be added to that number. They will be the elders sitting on thrones around God’s throne.

Note: DO NOT confuse God’s throne with Christ’s kingdom.

These twenty-four elders sitting on twenty-four thrones are extensions of God’s throne and kingdom and they are in eternal worship and service to the One who sits on the central throne. (Revelation 4:10)

Later, we are going to see another group that Jesus promised will be kings and priest within him in his 1000-year kingdom. This group is not to be confused with the 24-elders around God’s throne because God’s throne is indefinite and eternal. Christ’s kingdom is definite and last for only 1000-years. So, the group associated with Christ’s kingdom will have definite kingdoms. 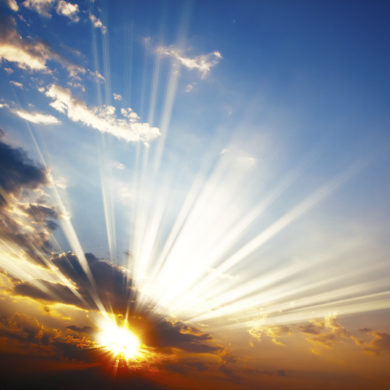