I, John, your brother and companion in the suffering and kingdom and patient endurance that are ours in Jesus, was on the island of Patmos because of the word of God and the testimony of Jesus. On the Lord’s Day I was in the Spirit, and I heard behind me a loud voice like a trumpet, which said: “Write on a scroll what you see and send it to the seven churches: to Ephesus, Smyrna, Pergamum, Thyatira, Sardis, Philadelphia and Laodicea. – Revelation 1:9-11

The Apostle John now turns attention to himself. John will later be shown a vision of a future time period. Yet, before he does, he makes it known who he is, where he is, and why he is in prison.

In Revelation 1:9 John tells lets the congregations know that he is their brother and companion knowing and sharing their suffering for the belief and knowledge of the kingdom that is to come, as Jesus taught them to pray to come, and that he like them are exercising the patience and endurance required for entry into that kingdom.

Where did Jesus tell his followers this? At Matthew 10:22 …

Jesus teaches here – and all of his disciples would have known and understood this teaching – that a time will come when EVERYONE will hate them because they cling to him and his teachings. He also adds something many people miss with regards salvation and when it occurs. Jesus says that salvation comes only …

When one stands firm (endures) to the end.

There are close to 44,000 contending so-called Christian denominations on earth. They all teach Christ differently and each one claims it teaches the truth. Additionally, some of these denominations have and still wage deadly war with one another and do not trust one another. (i.e. Protestants and Catholics in Ireland).

Something else to think about what Jesus said. He said EVERYONE will hate his followers!

Now, ask yourself, “Does everyone in the world today hate his followers?” No! So, what does that mean?

Well, coupled with when Jesus said salvation comes (the end) with everyone today NOT hating his followers mean that Jesus was referring to a time period future of the present one. A time period when the entire inhabited earth will be united and will hate those who do not join them. (Jesus even tell us when – the end!)

That this time period is the time period after Christs 1000-year kingdom ends and when Satan is released will become glaringly clear to you as I progress through in this discussion of The Book of Revelation.

On The Island of Patmos

The Apostle John lets brothers and companions in the faith know where he is and why. He is on the remote penal Isle of Patmos, Greece. Why?

Because of the word of God and the testimony of Jesus. – Revelation 1:9

John says he was exiled to Patmos because of Christ – who is The Word of God – and for following him as his Teacher. Any of us who listen to Christ and believe him have him as our Master (Lord) and Teacher. John also tells us he is in prison because he gave testimony to Jesus. What did John testify with regards to his Master and Teacher Jesus Christ? John writes at John 20:31 why he wrote down everything he wrote down …

The Apostle John did not let up in preaching and teaching this to others and that is why he was thrown into prison. There is no doubt in my mind that it was the religious authority of the Pharisees and Sadducees that ratted John out to the Roman political authority who exiled him on Patmos. Jesus’ teachings were different from the Pharisees and Sadducees. Christ’s teachings were a threat to them as they were seeing their numbers in the synagogues dwindling.

In the future, it will be the religious authorities (who are in bed with Caesar) who will betray Christs followers and have them thrown into prison and/or put to death.

True followers of Christ – when they are revealed and tested – must possess the same steadfastness in belief in Christ and must faithfully endure all manner of punishment, threats of death, and death itself before they are granted salvation to internal life.

No one past or present has been tested in this manner. No one is saved at present. We are all simply under grace (in a grace period). The time of test (The Great Tribulation) comes after Christ’s 1000-year kingdom ends and Satan is released upon that future world.

This too will become glaring clear as I progress through with the discussion of The Book of Revelation.

At Revelation 1:10, the Apostle John said that he “On the Lord’s Day I was in the Spirit.”

It is vital in the discussion that you understand what The Lords Day is. So what is this day?

First, it must be understood how the expression day is used in this context. Is it a literal 24-hour day? Or, is it a day used in the same vernacular as “In the day of the horse and buggy” or “In my grandfathers day” or ” The flood of day?”

The expression “day” is used in the latter. The Lords Day is an epoch of time, not a literal 24-hour day.

To further understand this, consider something Jesus said with regards himself when he was walking through the grainfields with his disciples. You can read the entire story in Luke 6:1-5, but at Luke 6:5  …

Jesus said to them, “The Son of Man is Lord of the Sabbath.”

So Jesus Christ is “The Lord of the Sabbath.”

Now, think of the days of creation in Genesis. We are told that God concluded HIS creating everything on earth in six days. (It is a mistake to say that God created the heavens and the earth in six days. We are not told about days expended creating the heavens. After Genesis 1:1 all attention is focused on creating the earth and the things in it so that life can be here. And, all as if there was an earthly observer and reporter).

What is interesting about each of those six days (six epochs of time), God concludes their creation with

“And there was evening, and there was morning … [the first, second, third, fourth, fifth, and six day]”

With regards the seventh day, GOD HAS NOT YET MADE THIS STATEMENT!

What did say his food or sustenance was? At John 4:34 Jesus said …

My food,” said Jesus, “is to do the will of him who sent me and to finish his work.

So, Jesus’ food was to do the will of the one who sent him AND to FINISH HIS WORK.

That is why Jesus is Lord of the Sabbath. The Sabbath Day today is not a literal 24-hour say such as Saturday or Sunday. But rather, it is the time period we live in at present. That day ends when Christ Jesus concludes it and God Himself will say as he did the first six days …

Christ has much work yet to do. It should be the desire fo every true follower of this Master Teacher to partake of the same food as Christ. It should be our strong desire to assist him in finishing his Fathers (our Fathers) work. How? By listening intently to him as he still teaches us from a Holy Place. While is name and title are mentioned with religious organizations, he is not within any of this. This world and the things in them belong to Satan. Yes, even its religious systems that use the name and title of Jesus Christ.

We are well into that seventh period of time. What John was showed was that time period of The Lords Day Christs 1000-year kingdom over the earth ended. How do I know this? It is because of what John says next.

I Heard Behind Be a Loud Voice like a Trumpet

The trumpet is an instrument that signals that an announcement from a king is to follow. John hears a loud voice like a trumpet. So was it a voice John hears or a trumpet? He hears a voice because it speaks to him. But this voice is not weak, it is loud like a trumpet, it is strong and it carries. This means that the message spoken by this voice is to be heard far and wide. But the loud voice is behind John, what does this mean?

That the loud voice like a trump is behind John means that he is looking forward from within the Lord’s Day. In other words, at some time past within the “seventh day” (Lord’s Day) – such as our point in time now –  there was no loud voice. There was no king enthroned in heaven. No announcement or loud voice from a king.

Upon Christ’s coronation as king in heaven (the sign), he could speak with a loud voice like that of a trumpet. With the voice of a king!

You will see later who was behind John speaking to him.

Write on a Scroll

The Apostle John is given the command by the loud voice like a trumpet to “write on a scroll.”

What scroll is that? This one! The Revelation From Jesus Christ That God Gave Him To Show His Servants What Must Soon Take Place. (Revelation 1:1) Most know this scroll as The Book of Revelation.

The voice behind him commands John to write what he sees in a scroll and send it to the seven congregations of followers in the Province of Asia. These being Ephesus, Smyrna, Pergamum, Thyatira, Sardis, Philadelphia and Laodicea. (Revelation 1:11)

In the next post, I will pick up at Revelation 1:12 and you will learn who this loud voice like a trumpet who is behind John speaking to him. 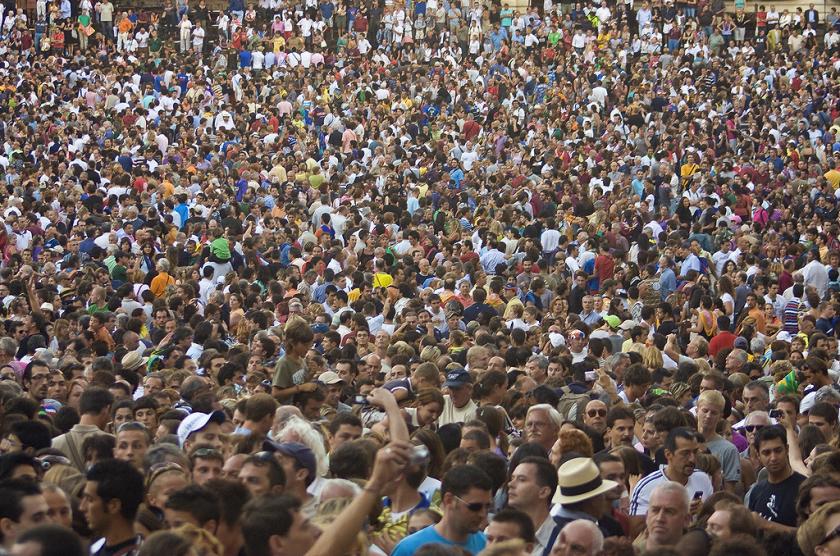 Who Today Defy God and His Messiah