I turned around to see the voice that was speaking to me. And when I turned I saw seven golden lampstands, and among the lampstands was someone like a son of man, dressed in a robe reaching down to his feet and with a golden sash around his chest.  – Revelation 1:12-13

The Voice That Was Speaking With John

So, who is this voice that was speaking to John? Well, John turns around to see! One can only imagine the specter of what John initially sees!

I had mentioned in a previous post that the temple consisted primarily of two compartments: (1) The Holy and (2) The Most Holy. I also mentioned that The Most Holy represented the presence of God and only the High Priest was allowed to enter into that compartment.

Note: There was another element of the temple called the courtyard. This is was for the non-priestly class. Silver lampstands where used there.

So, what John sees is something representative of The Most Holy, that is, God’s presence.

Dressed in a robe reaching down to his feet and with a golden sash around his chest. – Revelation 1:13

Note: Also, read Daniel 7:13 as the Prophet shows that Jesus Christ gained access to the “Ancient of Days” (The Most Holy himself).

Later, you will see that the seven golden lampstands represent the seven congregations in the Province of Asia. (Revelation 1:20)

In the next post, I will finish up with Revelation Chapter 1. I think you will enjoy it. 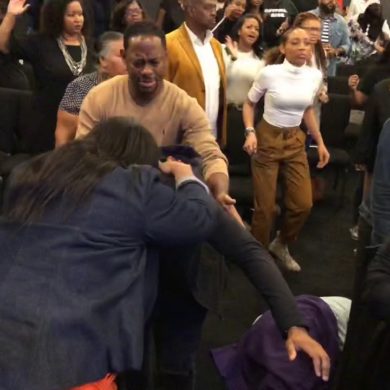 Has Christianity Created A Mental Impairment?