Before I continue with the discussion of each verse in the revelation prophecy, I feel at this point it is extremely important – and appropriate – that I take you to a discussion Jesus had with his disciples nearly 2000 years ago that interweaves into the discussion and understanding of the subject matter.

It should be appreciated that Jesus himself is speaking and teaching his disciples.

Jesus just left the temple in Jerusalem (that King Solomon built beginning in 1034 B.C.E and completed in 1026 B.C.E.) and was walking away from it when his disciples came up to him to call his attention to the buildings of the temple. Jesus uses this to teach them something that has far-reaching importance with regards to his future kingdom of 1000 years over the earth when it begins, and when it ends.

Jesus left the temple and was walking away when his disciples came up to him to call his attention to its buildings. Matthew 24:1

This is important to understand. You will connect the dots later.

Note: That Jesus is High Priest and the only one who is allowed in God’s presence (The Most Holy) also shows that no other human has ever gone up to heaven to enter into God’s presence. That good people go to heaven when they die is one of the biggest lies and deceptions perpetrated upon the human family. Next to what Jesus says at John 3:13, he also says at John 1:18 that no one has ever seen God (been in his presence) except he himself. “No one has ever seen God, but the one and only Son …”  (see John 6:46)

Any other human entering into God’s presence would die. (Exodus 33:20)

The temple that King Solomon built was completely intact and in full glory, at the time of his discussion with his disciples.

As stated above, the temple was a holy place that represented God’s presence on earth.

Jesus goes on to say to his disciples …

Do you see all these things?” he asked. “Truly I tell you, not one stone here will be left on another; every one will be thrown down. Matthew 24:2

Jesus tells his disciples not only will that glorious structure be completely destroyed, but he is also telling them something much greater: That a much greater temple in the future will be built up and then destroyed. What will that temple be? His 1000 year kingdom over the earth.

That temple or kingdom will be built or established on the earth, have a king over it (a High Priest Jesus himself) and it will come to end.

What Jesus’ disciples ask him next is very interesting. Many fail to understand what Jesus is asking and because of that misunderstanding are led down a path that takes them in the wrong direction in coming to a realization of the truth. What men call Christianity has been in error in teaching this and millions have implanted in their heads wrong teaching.

Notice the questions Jesus’ disciples ask him. They are very good questions.

It is apparent that the men closest to Jesus – his disciples – who were taught by him personally understood that Jesus was not referring to the literal temple that Solomon built. This can be seen in the questions they asked him.

By asking “what will be the sign of your coming and of the end of the age” shows that they understood that Jesus was not referring to the literal destruction of Solomon’s temple, but was referring to himself and his future kingdom of 1000 years over the earth!

Look at those questions carefully. Stare that them if you have to! Jesus’ disciples understood that Jesus’ earthly course as a human was to come to an end. He would soon no longer be among them. He would die. He would literally ascend and enter into The Most Holy, that is the presence of God.

However, they also understood something else. What was that?

A Beginning and an Ending

What many miss is what Jesus’ disciples are asking when they ask, “when will this happen, and what will be the sign of your coming and of the end of the age?”

Jesus’ disciples are asking him …

Many think that at Jesus’ coming, it’s over. No! No! No! That is not what is being discussed here at Matthew 24:3. Jesus’ 1000 year kingdom over the earth must be established and run its full course. Then thereafter, that is when things get interesting as Satan is released from his Abyssing and goes out to deceive an entire future world made up of a perfect and righteous human society all products of the promised resurrection of all of mankind and the handiwork of Jesus’ 1000-year rule over them that will have fashioned them into new creatures worthy as a composite bride for the coming down to the earthly realm of a groom: God’s Kingdom itself. (You will see this as we progress in our verse-by-verse of The Book of Revelation).

I see many articles and videos that associate Jesus’ return with the coming of false Christs, wars, earthquakes, famines, nation rising against nation, kingdom against kingdom and etc. Jesus says that these things have nothing to do with his return but are only the “beginning of birth pains.” Birth pains for what?

It is obvious here – and in response to his disciple’s questions – that the things mentioned above will precede the birth or establishment of his 1000-year kingdom over the earth.

Much has to happen on the earth before his kingdom of 1000 years is established upon it.

Besides all of the events mentioned are not a sign or a single event. These are multiple events. Jesus’ disciples ask for a sign. That is, “what will be the sign of your coming and of the end of the age?”

Jesus answers their question at Matthew 24:30. He actually tells them what the sign is and where it will be seen!

Jesus is not saying that one can just look up in the sky and see a sign. No!

He is saying that the sign will appear in that place called heaven, the place where The Most High God and all of the angelic hosts live.

That said, no one on earth will see a sign, only those who reside in heaven (the angels) will.

Put those things together and what can you conclude? That a great event occurs in heaven: The coronation of a king! That is, Jesus is given his kingdom of 1000 years over the earth by his Father in heaven and all of the angelic hosts (including Satan) will witness it. There will be no denying who it is that gives Jesus his definite 1000-year kingdom over the earth, The Most High God, the Creator of the heavens and the earth!

Thus the sign is Christ’s coronation as king over the earth.

And, that when it ends, Satan must be released upon a future world to deceive it. One must think. If Christ’s kingdom will have ended, what need is there to deceive everyone in those days? Because something else must come down out of heaven. (Hint: Remember the Lord’s Prayer? What did Jesus teach his disciples to pray to come down to the earth?)

That is what “the revelation from Jesus Christ that God gave him to show his servants what must soon take place” is. To detail for them what will occur after Christ’s kingdom over the earth ends.

The revelation prophecy will be a most valuable commodity as it will survive and be in existence in those future days.

Now, I can resume the discussion of The Book of Revelation beginning with Revelation 1:4. 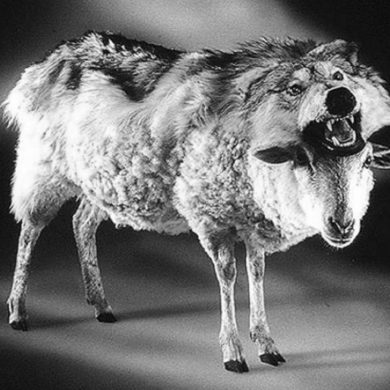