One of the dangers of the power of control that religious organization has had – and still has over many – is the feeling that without them, you are nothing or that you are confused and lost or have lost your way. Implying that they are that way.

This is a real shame.

It is ashame that religious organization would go to this extent to exercise that kind control over someone. It is contrary to the release and freedom that Jesus has given us.

One of the great Scriptural truths in this regard is the teaching of the freedom that Christ has given us. Consider the words of the Apostle Paul at Galatians 4:27 – 5:1.

For it is written: “Be glad, you barren woman who does not give birth; break out and cry aloud, you woman who does not have childbirth pains; for the children of the desolate woman are more numerous than [those] of her who has the husband.” Now we, brothers, are children belonging to the promise the same as Isaac was. But just as then the one born in the manner of flesh began persecuting the one born in the manner of spirit, so also now.  Nevertheless, what does the Scripture say? “Drive out the servant girl and her son, for by no means shall the son of the servant girl be an heir with the son of the free woman.” Wherefore, brothers, we are children, not of a servant girl, but of the free woman. For such freedomChrist set us free. Therefore stand fast, and do not let yourselves be confined again in a yoke of slavery. (Galatians 4:27 – 5:1)

Those within any religious organization – Watch Tower Bible and Tract Society included – are the children or product of a desolate woman – one without a husband. Her children are illegitimate and not born of God, that is, seeded or planted by Him. They are more numerous than those who are legitimate and who have been seeded in God's truth.

It is illegitimate fleshly man-made human agency that arrogates itself over those legitimate ones and persecutes them – not necessarily in a physical sense – but in a mental sense. The Watch Tower Organization does this artfully. When one does not go along with the program, they are pressured to be re-adjusted.

The re-adjustment process involves a study of selected Watch Tower organization publications to re-orient the one being re-adjusted to back in line with Watch Tower teaching. If one refuses or resists this re-adjustment, he is either marked as a rebellious one, privileges within the congregation are removed, disfellowshiped, or subtle pressure is placed upon the person to leave the organization. While not being ask to leave the organization by anyone, the pressure to leave comes by the cool treatment received by other members within the congregation. This treatment will not be as it was before when the person was with the program.

There is much more to the Apostle Paul's words at Galatians 4:27-5:1 that deserves closer examination as it really helps us to see that we must recognize enslavement and then free ourselves from it.

Who was the barren woman who "does not give birth?" Literally, it was Sarah, Abraham's wife, a free woman. Her children – offspring – will be more numerous than those who have a husband. Did not Sarah have a husband? Yes she did; but not a husband in the sense that he could impregnate her. It was Hagar, the Egyptian slave woman who was Abraham's wife and he her husband in this regard.

Then Sarai, A′bram’s wife, took Hagar, her Egyptian maidservant, at the end of ten years of A′bram’s dwelling in the land of Canaan, and gave her to Abram her husband as his wife. (Genesis 16:3)

Neither Hagar or her Son, Ishmael, were accursed by God. He was with them too as Scripture indicates.

All followers of Christ belong to a lineage of free persons.

Wherefore, brothers, we are children, not of a servant girl, but of the free woman. For such freedom Christ set us free. Therefore stand fast, and do not let yourselves be confined again in a yoke of slavery. (Galatians 4:31 – 5:1)

All religious organization in the earth today holds in it's tight grip the great majority of it's population in bondage. It holds them in an Abraham / Hagar seed-like state. They are not free.

The Watch Tower Bible and Tract Society who claims for itself that it is free, is not exempt from being in such a state. It too – like all religious organization – holds it's membership in bondage. They all demand service to the organizationmasquerading and dressing it up as service to Jehovah. We are servants to God – not servants of organizations of men.

Be as free people, and yet holding YOUR freedom, not as a blind for badness, but as slaves of God. (1 Peter 2:16)

All religion and again – The Watch Tower Bible and Tract Society – promises that all who join them will exist in a spiritual paradise even now. They promise freedom. Yet, the Apostle Peter cautions at 2 Peter 2:19:

While they are promising them freedom, they themselves are existing as slaves of corruption. For whoever is overcome by another is enslaved by this one.

Religious organization does not see the state that they are in – one of corruption and enslavement.

So any person who finds the courage and the will power to free themselves from the controlling yoke of all religious organization will find freedom. They will also place themselves in a position – as free persons – to gain access to Jehovah's understanding and wisdom. All they need do is ask for it. More so, they place themselves clearly anddirectly before the Christ himself who says that he is The Truth.

No where do we see in this Scripture, mention of third-party religious organization inserting themselves into this path.

Now it is this:

JESUS (THE TRUTH AND OUR ONLY MEDIATOR)

Notice that you are closer to the truth (Teachings of Jesus) and closer to Jehovah. The entity that stood in a holy place – religious organization – you have removed from before you.

Religious organization does not take kindly to anyone forsaking them. It owned you. It views you as a runaway slave. Just has Hagar ran away from Sarah.

So, it has to mark you with a foul stench and put a bounty upon you. As one who has been misled or as one who has lost his/her way. That anyone finding you or encountering you should throw the stones of apostate at you and treat you as leperous. Yet, Jesus had pity on the leper and healed them, didn't he? (Mark 1:40) He even associated with lepers – spending time in the house of Simon the leper. (Matthew 26:6)

But remember that Jehovah sent his angel to Hagar and her Son while they were in the wilderness and fed and sustained them there. Jehovah was with them and blessed her Son, Ishmael's seed.

Now that you are free from the influence and controlling arms of religious organization, humbly draw closer to Jehovah (it is now much easier) through his Christ and He will draw closer to you.

Realize where you are: You are now in a proverbial wilderness; outside the influence of religious organization claiming to be of God. Stay in this wilderness and do not let yourselves be confined again in a yoke of slavery.

Keep your senses and your balance. Do not speak abusively or angrily of any religious organization – Watch Tower included – as this is what Satan and the religious organization wants you to do. Simply speak firmly in a manner where it is the Scriptures that exposes them all for what they are. You are above it all – dignified – and a true follower of Christ and representative of our God, Jehovah.

But you, keep your head in all situations, endure hardship, do the work of an evangelist, discharge all the duties of your ministry. (2 Timothy 4:5)

Never let religious organization – via their clever campaigns – influence or beguile you to enslave you again.

Always keep "The Truth" and his teachings in front of you – not religious organization who wishes to claim that they are the truth and you being with them, puts you "in the truth."

Always be very aware that as long as you hold to Jesus' teachings, that you are listening to his voice and responding to only his voice. Those other voices issuing forth from religious organization are "strangers" voices.

And know also, that when you remain in Jesus' word and teaching, you are his disciples (taught by him) and not the disciples of religious organization (taught by them). That if you remain in his word, you will know the truth, and the truth will set you free.

The promise here is that you will know the truth. There is no way that you cannot.

If YOU remain in my word, YOU are really my disciples, and YOU will know the truth, and the truth will set YOU free. (John 8:31-32)

Be of good cheer. 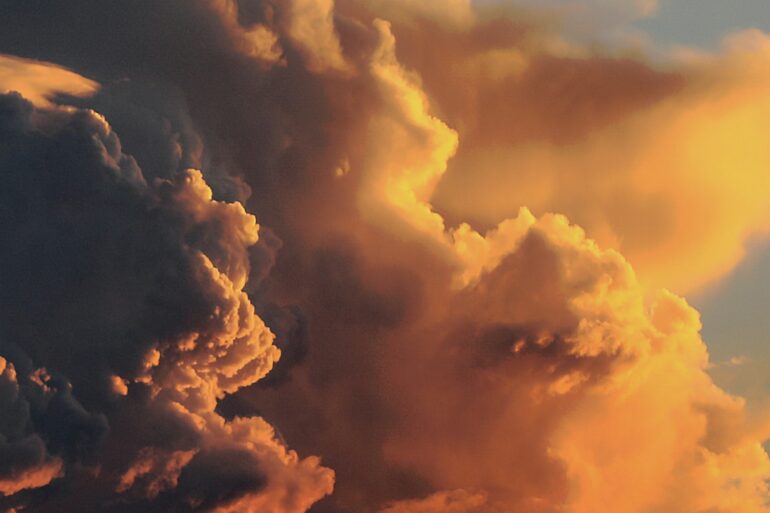