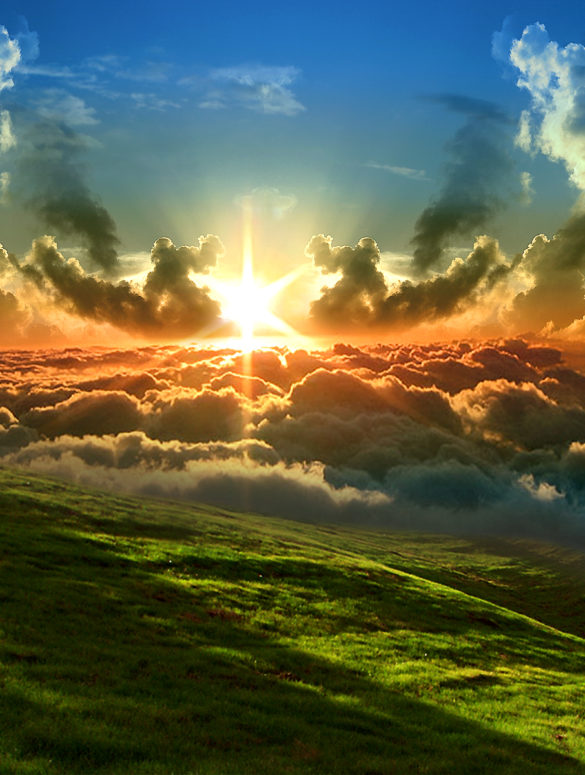 Jesus teaches the Jews at Matthew 5:18, “For truly I tell you until heaven and earth disappear, not the smallest letter, not the least stroke of a pen, will by any means disappear from the Law until everything is accomplished.”

Jesus had already taught that he did not come to abolish the law, but to fulfill it.

Now, he teaches something that stumbles a great many people today; even so-called scholars of the Bible and many men in high places within religious organization.

God’s law is perfect. We are not. We are imperfect and flawed. It is impossible for any of us in our present state of perfection to keep God’s perfect law. Yet, God’s perfect law remains in effect until everything is accomplished. What did Jesus mean by this?

Think … what was one of God’s purposes for sending His Son into the world? To recover in us what Adam lost! Everlasting life! To that end, what was one of Jesus’ missions with regards to us, imperfect humans? To reunite us back to our perfect Creator! That is why he is our mediator. He is perfect. We are not. Thus, it is possible for any of us to approach God directly. The way or approach to Him is through the only channel God has afforded to us, His Son! (John 14:6)

When on earth Jesus said that he is the Lord of the Sabbath (seventh day). (Matthew 12:8)

Was Jesus saying that is Lord of man’s made up and self-defined 24-hour seventh day of Sunday (for others it’s Saturday)? No! Here again, we have men writing a narrative – a 24-hour day he calls Sunday or Saturday, and on his calendar, too – to push out onto an unsuspecting world that Jesus was referring to a literal 24-hour sabbath!

When Jesus referred to himself as Lord of the Sabbath, he was referring to himself being the appointed finisher of His Father’s seventh day or Sabbath.

It should be noted that God took six days to create. After each day, what did he say?

But, wait a minute! What about the seventh day?

The seventh-day is unfinished! That is why God has not uttered, “And there was evening, and there was morning—the seventh day.”

Not yet, but He will!

We are currently in that seventh day. We have been in it for many thousands of years. No human dictates what makes a day in this instance! God does! Yet, man has arrogated himself to do so. That is one of the reasons why there is so much confusion with regard to the things of God and Christ. They do not have it right!

Think. On the first day of creation when God commanded, “Let there be light,” were there any humans around with clocks, watches, other timepieces keeping an accounting of a 24-hour day? Of course not. Day in this instance is as in “The day of the horse and buggy” or “In my grandfather’s day.” Not a literal 24-hour day.

Man’s arrogance precedes him with regards to our Creator. Man arrogates himself to give God names of his choosing when it is God who names us. He is the potter, we are the clay! Likewise, man arrogates himself to place God on his timetable, too! God is not our timetable, we are on His! Sadly, many do not get it and it is cause for their stumbling and misunderstanding. Even of the things written here.

When Christ, the Lamb of God and only one in heaven and on earth worthy to take the scroll with seven seals from God’s right hand is given his kingdom over the earth by his Father in heaven, one of his first acts is to resurrect all of mankind from the dead! (John 5:28-29)

He will then get to work on us in perfecting us. Accomplishing us so that he is no longer needed as a mediator or intermediary between us as God.

At the end of Christ – yet to come – one-thousand-year kingdom over the earth – we will be accomplished. That is raised to perfection where we will be able to interact with our perfect God one-to-one without a go-between, Jesus Christ. We will be a new creation.

Adam was created perfect, he had no mediator between himself and God. He communicated and interacted with God directly. After Christ has perfected us, we will be as Adam was able to talk to God directly. To be blessed directly by him.

Even after we are made perfect again, it would not be the time for God to declare, ” And there was evening, and there was morning—the seventh day.” Why not?

Because we must be tested. Endurance through and passing the future Great Test (Great Tribulation) shows our love, loyalty, faithfulness, and integrity to God and worthy of entry into His Kingdom when it comes down to the earth where we will have everlasting life. (Matthew 10:22)

Salvation or saying one is saved is a far cry from the truth today as you hear many saying, “I am saved” or “You must get saved.” Many of them do not know what that means. No one. No one today or in past times is saved. Salvation means being saved for entry into God’s kingdom when it comes down to the earth. The passing of a Great Test will stand in front of us all in those distant future days before we are saved for entry.

Some might be thinking, “Well, if we are perfected and accomplished by Christ, why can we not just be allowed into God’s kingdom?“

Well, Adam and his wife Eve were perfect, too. Yet, what did they do? They disobeyed God and broke their loyalty and integrity to Him.

Notice what Adam said to God when he ate some of the fruit (of lips) his wife Eve gave him. He tried to blame it on the woman and God! He said, “The woman you put here with me—she gave me some fruit from the tree, and I ate it.“

Adam was told by God directly his law for him in the Garden. And it was this: “And the Lord God commanded the man, “You are free to eat from any tree in the garden; but you must not eat from the tree of the knowledge of good and evil, for when you eat from it you will certainly die.” (Genesis 2:16-18)

So, Adam knew God’s commands to him. It was only one command and he failed to keep it! So, the perfect man Adam could not keep just one of God’s commands. How hard would it have been for him not to eat from the tree in the middle of the garden called The Tree of the Knowledge of Good and Evil?

Adam’s downfall – and our resulting downfall – was that he listened to and obeyed someone other than God. Who? His wife.

There are many proverbial wives (voices other than God’s) in the world the people listen to.

In the last moments of his death, Jesus prayed to his Father in heaven, “Father, forgive them, for they do not know what they are doing.”

We do not know what we are doing because we are imperfect and do not know God’s law. That is why Jesus asked the Father to forgive his persecutors, haters, and would-be executioners. What a display of love! Many claiming to follow in Christ’s footsteps are unable to express such love. They would just as easily condemn you to an eternity of torment and hellfire and say you deserve such a place because you did not accept Jesus Christ as your Lord and Savior by their teaching.

Thus, it will only be after we are perfected and tested in those days that God will say, “And there was evening, and there was morning—the seventh day. It is finished.“

At the completion of that seventh day, God’s tent will be with us on earth forever as His kingdom from heaven will spread out and envelop the entire earth!

Will there be a need for additional days such as an eighth day or a ninth day? No! It is finished! No more evenings and mornings in the sense of creating. There will be life everlasting. What will that look or be like?

This I can say, no one on earth can imagine in their wildest dreams and imaginations (and many of you can imagine quite a bit) what it will be like and what God has in store for us. We will have an eternity to experience it all!

The earth will not be as it is now! Neither will we.

God’s law will not be written upon any stone or parchment. But upon our hearts. When we are perfected and accomplished by Christ and tested, the perfect laws of God (more than 600 of them) will be long gone. Those laws were given to imperfect people, the ancient Israelites. They were given to them to show them how flawed and imperfect they were because they could not keep God’s perfect law.

There would be no need for such laws when we are perfect. Adam, a perfect man, did not need a list of laws, he was given only one.

It was not that Tree of the Knowledge of Good and Evil was a bad tree. No! It is that Adam was essentially an infant in God’s view – a new creation – and the fruit (knowledge) on that tree would have been like giving solid food to a newborn baby. Mothers give their babies milk because their systems can easily digest it. No mother would give her baby a piece of meat or a slice of fruit because a baby has no teeth and the meat and fruit would choke the baby and kill it. Infants need their mothers to feed and nurture them until such a time when they grow and mature so that they can take in food other than milk and even one day feed themselves.

Adam needed to rely on God for his spiritual feeding and nurturing. Adam would not be able to handle the fruit from Tree of the Knowledge of Good and Evil. He was not ready. He was nowhere to be mature enough to take it in and digest it. The fruit would lead to him dying. God warned him. Adam eventually grew old and died.

When we enter into God’s kingdom, we will feed eternally from the very same tree that was in the middle of the Garden that Adam should have focused on. There will be no Tree of the Knowledge of Good and Evil. Evil will not exist in God’s kingdom. It will be a thing of the distant past. (Revelation 22:1-7) 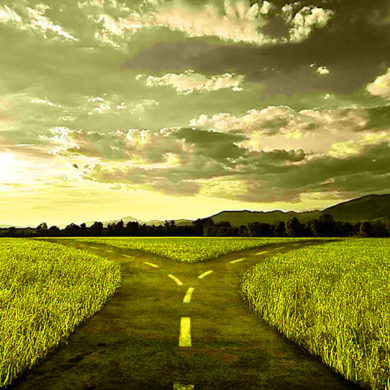 Two Masters – Which One Do You Serve?