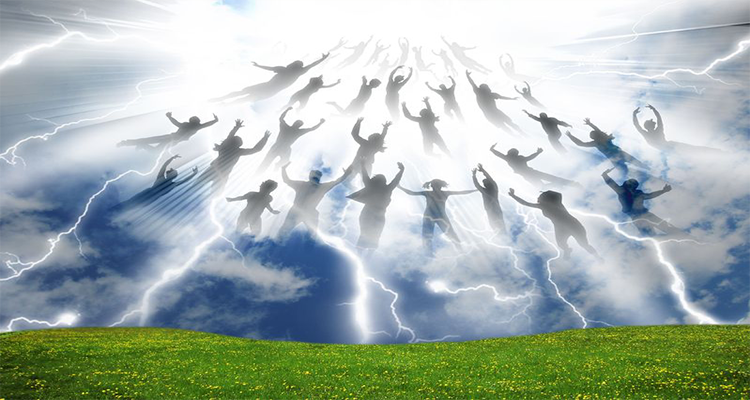 Will There Be A Rapture?

Will there be a rapture? Is it taught in Scripture?

First of all the expression “The Rapture” appears nowhere in Scripture. This teaching surfaced in more recent times and more importantly, it surfaced after the ascension of the Christ and the death of the last Apostle. It is something Jesus never spoke of or taught.

Those today who believe in this made-up teaching, believe it because that is what religious organization told them.

The passage of Scripture from which they create the Rapture teaching is from 1 Thess 4:13-18. Yet, after careful examination of that passage of Scripture, it will be seen that the Apostle Paul was having a discussion with the members of the congregation there in Thessolanica about the resurrection hope, not a hope in floating away up in the sky.

The Rapture is an anti-Christian teaching because our hope is not to be in a rapture, but hope in the resurrection. Thus, religious organizations that teach the Rapture, present a different hope from the one Jesus taught and promised at John 5:28-29 and the one the Apostle Paul discusses here at 1 Thess 4:13-18.

I would venture to say that ninety percent of what is currently being taught about God and Christ is in error. It is no wonder then Christ could say that so many will be caught off guard and while claiming to know him (his teachings), do not.

The above statement by Christ applies not only to the world in general but primarily to those claiming to know him (his teachings). For if they knew him, then they would know – among many other things – that the Rapture teaching is not his and that our hope is in the future resurrection.

They would also know that we are not greater than our Master. If he suffered and died, so will we. If he died and was resurrected, so must we die and be resurrected. Thus, the meaning of “following Christ.”

Christ himself acknowledges that many claiming to be his followers – so sure that they know him – will not be recognized by Christ as one of his. What a shock that will be? Why is that? Because they did not obey the command of his Father in heaven to “listen” to His Son. (Luke 9:35) This is God’s will: To listen to the one he sent to us.

Instead, many listen to every Tom, Dick, and Harry and religious organizations along with the multitude of false teachings that never came from Christ’s mouth.

Not everyone who says to me, ‘Lord, Lord,’ will enter the kingdom of heaven, but only the one who does the will of my Father who is in heaven. Many will say to me on that day, ‘Lord, Lord, did we not prophesy in your name and in your name drive out demons and in your name perform many miracles?’ Then I will tell them plainly, ‘I never knew you. Away from me, you evildoers!’ Matthew 7:21-23

No, there will be no rapture. Christ never taught such a thing. No one on earth will escape the death that will come to all of us.

Is There a Promised Rapture?