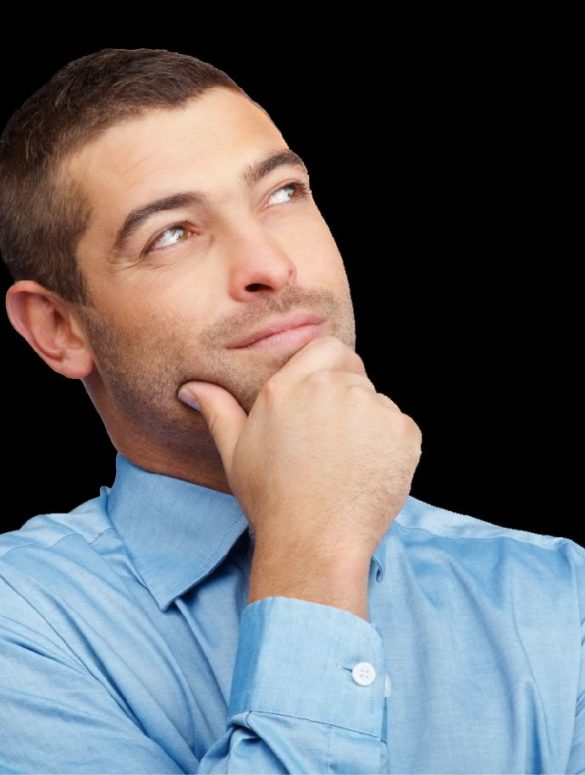 Who Is Your Teacher?

In Scripture, Jesus [the] Christ is referred to many times as, Teacher by his disciples and non-disciples. Jesus even referred to himself as such; as our only Teacher at Matthew 23:8:

But YOU, do not YOU be called Rabbi, for one is YOUR teacher, whereas all YOU are brothers.

YOU address me, ‘Teacher,’ and, ‘Lord,’ and YOU speak rightly, for I am such.

I have never been one to mince words; many think this is an arrogant quality, I do not. It is speaking the truth boldly. It is especially those who do not want to hear it, are the ones who make such accusations. In this article, I am going to show you why millions who claim to be followers of Christ are being misled right before their very eyes, but do not see it.

In this article, I am going to show you why millions who claim to be followers of Christ are being misled right before their very eyes, but do not see it. (Or, choose not to see it)

In discussions with other persons or in literature, or in sermons, or the talks given at the Kingdom Halls; how many times have you heard the expressions, “The Bible teaches ..” or “The Bible says …”?

At first appearance, it all seems innocent, doesn’t it? Yet, there is a very subtle and danger present.

Now consider the following: You are told that the Bible says at John 14:6:

Is this an accurate statement? Does “The Bible” say this? The answer is: No, it does not!

At this point, many of you would quickly object and go on the offensive and think that I have lost my mind. But, “The Bible” does not say, “I am the way and the truth and the life. No one comes to the Father except through me.” JESUS SAYS THIS.

Why do so many persons unthinkingly ascribe something Jesus or God says to a book named by men, The Bible?

While the Watch Tower Bible and Tract Society promotes itself as having the truth (in fact, even being [in] the truth), it is obvious who it really views as its Teacher. Who? The Bible!

Yes, I know, I know. Jehovah’s Witnesses will say that Jesus is their Teacher, but the practice and reality are that the Bible is promoted as The Word of God and as Teacher. I speak from experience as a more than 25 year baptized and devoted Jehovah’s Witness.

One does not hear the expressions “Students of Christ” or “Christ Studies.” Why? Because Jesus Christ has been cleverly and subtly removed from the role as Teacher and The Word of God by the Watch Tower Bible and Tract Society. Focus and importance have been placed upon him as being the reigning King over the earth. An annual ritual is performed to commemorate his death. These things are distractions to give him a pseudo-importance to Watchtower members while at the same time minimizing his role as The ONLY Word of God and ONLY Teacher. And, elevating and promoting “an organization” and a “body of men” to a lofty position where they do not belong.

Take a look at the image below. It is from the official Watchtower website. It speaks for itself as who they really consider its Teacher.

The Lie That The Bible Is The Word of God

There are passages within the book called “The Bible” that are God’s words. For example at Exodus 20:1-2 we read:

And God proceeded to speak all these words, saying: “I am Jehovah your God, who have brought you out of the land of Egypt, out of the house of slaves.

And Jehovah God proceeded to say to the serpent: “Because you have done this thing, you are the cursed one out of all the domestic animals and out of all the wild beasts of the field. Upon your belly you will go and dust is what you will eat all the days of your life.

And a voice came out of the cloud, saying: “This is my Son, the one that has been chosen. Listen to him.

These are only a few of many examples. But the point here is that God Himself is speaking or breathing something.

Then the Devil took him along into the holy city, and he stationed him upon the battlement of the temple and said to him: “If you are a son of God, hurl yourself down; for it is written, ‘He will give his angels a charge concerning you, and they will carry you on their hands, that you may at no time strike your foot against a stone.

Now the serpent proved to be the most cautious of all the wild beasts of the field that Jehovah God had made. So it began to say to the woman: “Is it really so that God said YOU must not eat from every tree of the garden?

These are a few of many examples where God is not speaking, Satan (who is the Serpent) is.

We have many many examples of Adam, Eve, Noah, Moses, Job, the Prophets, the Apostles, the Disciples and others speaking on their own accord; yet their words are NOT Scripture no more than the utterances of Satan in the Bible are Scripture.

What about the things Jesus says? Are they Scripture? Absolutely! Why is that? Because Jesus [the] Christ is The Word of God and only one God approved and chose as His Word. (John 1:1, Revelation 19:13, Luke 9:35)

What about the things that Jesus taught his Apostles? Are those things Scripture. Yes, they are because these teachings came from the Son of God who is The Word of God. What they teach is not their teachings, but the teachings of Christ, their Teacher.

The reason why millions have the tendency of making statements like “The Bible teaches or the Bible says” is because religious organization from the beginning has sold the lie to them that a book that men stood up is “The Word of God” and those millions bought the lie hook, line, and sinker.

The lie is reinforced and interwoven into the very fabric of the religious organizations claiming to be of God and Christ. They even ascribe to this book a lofty “holy” and “authorized” status. If the lie that the book are these things, then the mind is already taken captive and it is difficult to think otherwise.

It is funny to me how certain religious organizations are quick to point out how the Trinity teaching is false. The trinity teaching – among other things – makes the Father, Son, and Holy Spirit co-equal. Yet, these very same ones do not see that by making a book called by men “The Bible” The Word of God, they are doing the same thing that the Trinitarians are doing: They are making “The Bible” EQUAL to Jesus [the] Christ: Both The Word of God!

I will take this a step further: I believe that they have made the Bible GREATER than Jesus [the] Christ and make it their preference. Like I said earlier, just listen to them and notice that they almost always ascribe to the Bible as stating or teaching something.

Bible Students or Disciples of Christ

A follower and student of a mentor, teacher, or another figure.

If YOU remain in my word, YOU are really my disciples, and YOU will know the truth, and the truth will set YOU free.

At Matthew 28:19 Jesus gives this command:

Go therefore and make disciples of people of all the nations, baptizing them in the name of the Father and of the Son and of the holy spirit.

Yet, so many call themselves Bible Students or Students of the Bible. This ties in neatly with the idea that The Bible is The Word of God so one must become a student of it.

This is not what Christ called us to be. His call what that we become his disciples (or students) and to pass on his teachings to others so that they will become his disciples. This is NOT what is happening! Persons are being made to “study the Bible” as if it speaks and as it is “The Teacher” and Word of God.

If one insists on being called by any other title other than “Disciples or Students of Christ” then they do not have him as their teacher. They have made their choice. Since Jesus is “The Truth,” it is impossible, then, that they can “know the truth” with another as their Teacher, namely a book called “The Bible,” other persons, or religious organizations. Impossible.

Yet,  persons reading this know deep down inside what I am writing here is the truth. Yet, something inside of them won’t set them free to accept it, but rather fight and resist it even if it means attacking the “bearer” of the news.

Then there are those minimizers. They are the worse. A minimizer is a person who says “It is no big deal.” But it is a big deal. Why?

The Serpent in the Garden of Eden was a minimizer. He minimized what God told Adam and Adam told his wife Eve concerning eating the fruit from the Tree of the Knowledge of Good and Bad.

A student knows his/her Teacher. A Teacher knows his students. Yet, Jesus will say to many as recorded at Matthew 7:21-23:

Why? Because they did not do the will of his Father who sent him. They would have known that will and done it if they were taught by Jesus as were his disciples or students.

The world of Bible believers are just that, they are “Bible Believers” and have “it” as their teacher and they “its” student. No wonder they do not know the truth.

This is painful to read, but it has to be said.

Sit before the one and only Teacher, Jesus [the] Christ and study him and his teachings; become his student; his disciple.

Christ is alive and still able to Teach us in a very large way. He is our channel to The Most High God and Father. Ask for His Wisdom, Understanding, and Knowledge “through” His Son and receive these things – not through a book – but by the same channel you asked these things from.

The Bible limits one’s understanding and keeps one kindergarten-level. Access to the Creator through His Son is liberating and knowledge-enhancing, wisdom-enhancing, and understanding-enhancing.

No book can contain God’s knowledge, wisdom, and understanding. We gain access to these things in prayer to Him through Christ.

It shows an act of unfaithfulness to rely on something one can see to build up faith, strength, knowledge, wisdom, and understanding. The book called the Bible can be “seen.” (Hebrews 11:1)

Why not try gaining access to the One who cannot be seen by praying to Him through His Son and asking? God seeks persons like that. It is His will. 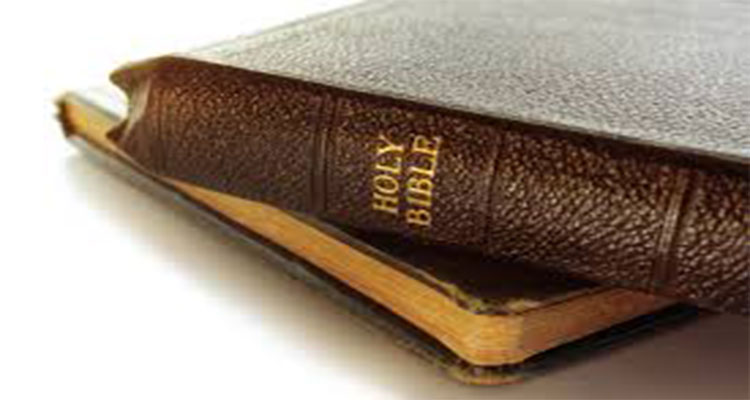 Is The Bible The Word of God?