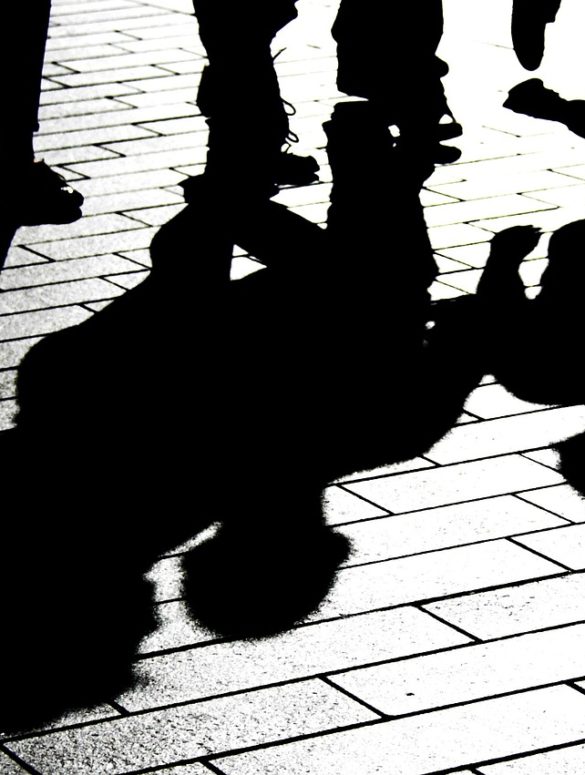 An incorrect thought, feeling, or belief can have devastating consequences upon the masses. For example, suppose a nosy neighbor thought you were a terrorist and called the authorities on you an unknown to you. You are sitting in your home enjoying dinner and the FBI kicks in your door. There is noise, confusion, and shouting. You and your family are in fear of your lives not knowing what is going on. You find yourself face down on the ground with a knee on your neck. Your wife and kids are crying. Helpless. You are diminished and embarrassed in front of your family. When all done, a mistake was made. You are not a terrorist. You are a US Federal worker and Veteran with honorable service to your country.

In another instance, you are sitting in your apartment minding your own business. Someone – a police officer who lives in the same apartment complex – enters in and guns you down! Her reason is that she thought it was her apartment. How many persons do you know mistaken someone else’s house or apartment for their own?

For those who do not know what a self-fulling prophecy is, it is defined this way: A socio-psychological phenomenon of someone “predicting” or expecting something, and this “prediction” or expectation comes true simply because one believes it will, and their resulting behaviors align to fulfill those beliefs.

Christianity largely believes that Israel, yes, the Nation of Israel, the people of Israel are God’s chosen people. In spite of Israel rejecting the Messiah and today not viewing him as their Messiah.

Many Christians will sit idly by and watch the nation-state of Israel persecute, oppress, and kill Palestinians. All of us should speak out against the wave of antisemitism. There is no excuse for it as people are people and their lives are precious and given them by God. There is no excuse for any hate crime perpetrated upon other people. Yet, Christians believe Israel is above reproach and critique. Why? Because as I stated, they believe they are God’s chosen people and in spite of Israel having rejected the Messiah, they believe that there will be a mass conversion of Israel to Christianity. This is not true and will not happen.

The self-fulfilling prophecy in this is that Christianity will proceed believing and behaving on the premise that Israel is God’s Chosen and they will mass-convert.

In the United States, Secretary of State Mike Pompeo was in an interview with some Christian evangelicals of the Christian Broadcasting Network (CBN) where he stated that he believed that it was possible that Donald Trump, the 45th President of the United States, was sent by God to protect Israel from Iran! He stated that he is “… confident that the Lord is at work here.” This is very concerning. Here is that interview.

The above battle hymn of the Republic is a White battle cry of White Christians to circle the wagons and put down and subdue anyone that is not Christian and White!

Mike Pompeo is speaking code here and many White American Christians – and even non-White Christians – get it. They understand the code. A message was sent.

Sadly, these Christians do not know their Bibles nor the teachings of Christ. If they do, they certainly have ignored them and simply do not care.

The Apostle Paul wrote at Ephesians 6:12 that, “For our struggle is not against flesh and blood, but against the rulers, against the authorities, against the powers of this dark world and against the spiritual forces of evil in the heavenly realms.”

Yet, there is an impostor, a brand of Christian who proceeds to maintain a world that is a sinking ship. They love the world!

So will Secretary of State, who says he is a Christian in the interview, make decisions involving life, death, and war because he believes that it is his duty or it is his bosses duty to protect Israel? That they were sent by God and placed it their positions to self-fulfill their duty?

Many Donald Trump voters and supporters are Christians. They are fully aware of Donald Trump’s harsh personality and immoral, misogynistic, narcissistic, mythomaniac, Islamophobic, Hispanophobic, Xenophobic, bigoted, and seemingly racist ways. Yet, the support him. Why? Because like Secretary of State Mike Pompeo, they believe he was sent by God to protect Israel from Iran. This makes Christians the most dangerous entities on earth.

Many of them seek to write the narrative of what has already ordained that He will do with regards to the world. It is almost as if they want to push God in the direction in which they want Him to proceed.

If it is God’s will and purpose to protect Israel – or anyone else – He needs no assistance from anyone.

When Moses led ancient Israel and a vast host of others out of Egypt and the Israelites found their backs up against the Red Sea and charging in their direction are Pharaoh’s armies. Who protected them? God did!

In Apartheid South Africa, where were you Christians? Where was the outrage of a White minority invading the homeland of Black Africans (a majority) and ruling over them? Where were your voices – Christians – when Nelson Mandela was locked up for 26 years of his life for doing what was right: Resisting Apartheid. You were silent. Hypocrites!

That many Christians believe that God sent Donald Trump to protect Israel from Iran and that Israel factors into what they call “Bible Prophecy,” make Christians the most dangerous entities on earth.

I there was a national roundup of Muslims, Hispanics, and Blacks in the United States because of a President determined that they were a threat to national security, Christians would remain silent because that President was sent by God and so it must be God’s will.

Some make smirk and say such a thing will never happen. Well, it did happen in the United States. Many are not aware that over 100,000 Japanese Americans were forced to live in internment camps during World War II. These were Americans who happened to be Japanese ethnically. Christian sentiment at that time was hate and suspicion towards Japanese Americans.

It is my view that Black, Hispanic, and Muslim Americans are the most vulnerable in American society. If the United States went to war with China, Chinese Americans would be viewed with suspicion and Christians would be OK with it.

I have stated this in many videos and articles in the past that Christianity is an imposter. A counterfeit. It is not of God and Christ.

Jesus taught that one would know a tree by the fruit it bears. A good tree bears good fruit. A bad tree bears rotten and worthless fruit.

What type of fruit has this tree called Christianity produced? 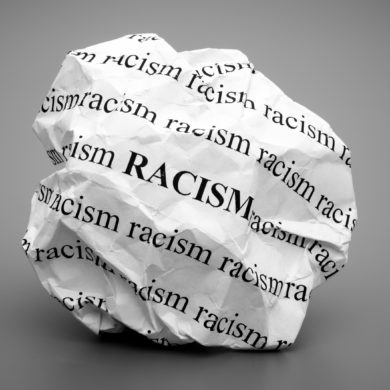 Accused of Being a Racist