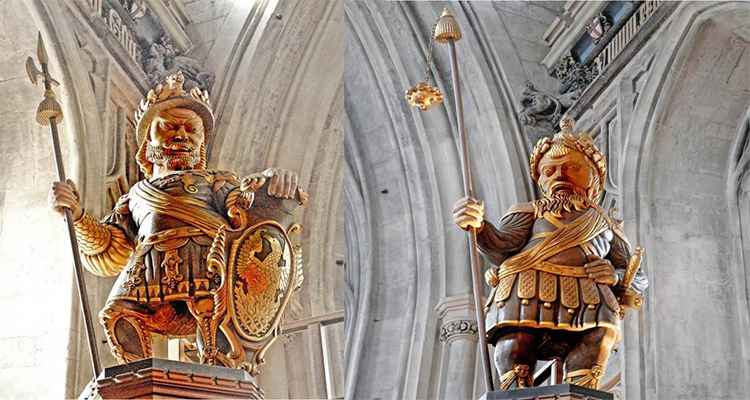 Who Is Gog and Magog?

In The Book of Revelation 20:7-8, we read of entities called Gog and Magog. Of them we read:

When the thousand years are over, Satan will be released from his prison and will go out to deceive the nations in the four corners of the earth —Gog and Magog —and to gather them for battle. In number they are like the sand on the seashore.

I have read lots of information about this Gog and Magog in Scripture and in particular other viewpoints and teachings concerning who they are in The Book of Revelation. I strongly believe that an error has been made by Christendom (and the many claiming to be no part of Christendom) incorrectly identifying the Gog and Magog of the future. (That is, after Christ’s 1000 year kingdom has ended)

Each and every explanation I have read all portray the Gog of Magog within the Book of Revelation as something or someone evil. I believe this to be a gross error.

For instance, one reference says that:

The book of Revelation uses Ezekiel’s prophecy about Magog to portray a final end-times attack on the nation-State of Israel. Got Questions Org

Another reference states that:

Gog will be the leader of a Russian (Magog) led military horde.  Prophecy Update

The Watch Tower and Bible and Tract Society says of Gog and Magog:

Gog and Magog here is used to describe those on earth who yield to the released Adversary’s influence and rebel against God’s rule as expressed through the holy ones and the beloved city. Insight, Volume 2, page 295

Gog and Magog are not any of these and I will show why?

Before one can correctly identify who Gog and Magog will prove to be, one must look at two critical pieces of information:

Who Were Gog and Magog In Past Times?

At Genesis 10:3 and 1 Chronicles 1:5, we learn that Magog was a son of Japheth and grandson of Noah. Ezekiel 38:2 shows that Magog also refers to the land in which Magog and his descendants lived.

Gog, according to 1 Chronicles 5:4-6, was a son of Joel, a Reubenite. (Reuben was the firstborn of Israel). According to Ezekiel 38:2, Gog, was a Head Chieftain or ruler of Meshech and Tubal. Both Meshech and Tubal were sons of Japheth. Japheth and his sons Meshech and Tubal, lived long before Jacob, Reuben and Gog. So how is it that Gog becomes a Chieftain over someone who is much older than he?

What this means is that Gog became a ruler over the descendants of Japheth’s offspring who dwelled in the land; Magog being the land in which the people dwelled.

So Magog in The Book of Revelation would represent the earth or land and the people in it. Gog would be the ruler(s) or Chieftain(s) over the people in the land.

When Do We See Gog and Magog Again?

Understanding when Gog and Magog are seen again is critical to our identifying who they will prove to be.

At Revelation 20:7-8 we are told that it will be after the 1000 year rule of Christ ends and when Satan is released from the Abyss. It should be noted that when Satan is released, Gog and Magog are already in existence. So, it is not as the Watch Tower organizations says: those on earth who yield to the released Adversary’s influence and rebel against God’s rule.

The Watch Tower Bible and Tract Society teaches that Gog and Magog will be the fruitage of those yielding to Satan’s deception. That is not what The Book of Revelation says. It says that when Satan is released, Gog and Magog are already there.

When the thousand years are over, Satan will be released from his prison and will go out to deceive the nations in the four corners of the earth — Gog and Magog — and to gather them for battle. In number they are like the sand on the seashore.

The only society that will exist on the earth prior to Satan’s release will be the one the Christ leaves behind when his 1000 year kingdom ends.

Who Are Gog of Magog?

Since the only society of mankind on earth will be the one The Christ leaves behind, Magog, then, is the new system of rule Christ will have set up and left to his 144,000 kings or chieftains on the earth. It will have taken The Christ 1000 years to establish this perfect and righteous society. At the end of the 1000 years, he leaves it with his chosen kings of the earth. (144,000).

Gog is the ruling authority of the land: The collective of the 144,000 kings of the earth who will have ruled with Christ for the 1000 years.

The nations of people are not the nations we see today, they will have been long destroyed by Christ when he becomes king and begins his 1000 year rule. No countries or governments such as The United States, China, Germany, Russia, France, Egypt, etc will be in existence at that time. The people out of those nations – languages, and tongues – will be in existence. All of them will be citizens of one government: The one Christ established.

Magog will be a righteous and perfect human society. The nations of people will be as Adam was: One perfect and without the need of a mediator or savior. They will stand before their Creator as Adam did; reliant upon him for their daily bread and sustained life.

When the 1000 years will have ended, Christ is no longer King and entrusts what he took 1000 years to establish to his chosen Chieftains who are identified collectively as Gog.

It was to these meek or discreet chosen ones – Gog –  that Jesus referred to at Matthew 5:5:

Blessed are the meek, for they will inherit the earth.

When the 1000 years is ended, these meek ones will inherit the earth (righteous society) Christ took 1000 years to establish. That Christ is no longer King, that kingly authority is inherited by his chosen kings who will have ruled with him previously. (Revelation 20:6)

They become Gog. The one righteous human society that they rule over is Magog.

This is what Satan sees when he ascends out of the Abyss. 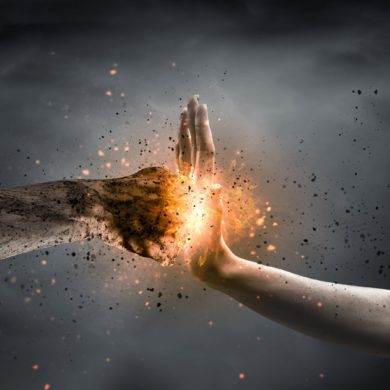