Where Are We In The Stream of Prophecy?

Almost all religious organization associated with Christ speaks and teaches of where the current generation stands in the grand scheme of things.

Most teach – if not all – that we are currently in the Last Days. Others – and I have not found any – may teach that the Last Days are yet to come. According to Jesus – and not popular Church-system teaching – where do we currently stand?

In the Scriptures, we learn that there were a series of days spoken of. In the Book of Genesis, we know that there were six creative days. These days were not 24-hour days; they were epochs of time each spanning thousands of years. The Bible uses a reference to the word day in that regard in much the same manner one would use the phrase In my Grandfathers Day or In the Day of the Horse and Buggy or Back in the Day.

I believe that we are within one of those days right now.

To come to a proper appreciation about how all of these days fit together and in which order they occur is important to grasp. Why? Because if one thinks that we are in a particular day, then it skews time frames and makes invalid when the fulfillment of prophecy mentioned in Scripture is to be expected.

For instance, The Watch Tower Bible and Tract Society teaches that the year 1914 brought an end to The Appointed Times of the Nations and the beginning of the Lord’s Day – a Day they believe that we are currently in. Well, if that year is wrong and we are not currently in the Lord’s Day, then almost all that Jehovah’s Witnesses believe and teach is wrong. Why? Because almost all that they teach is hinged on this date being correct.

This is not meant to single out the Jehovah’s Witnesses but to use this particular time-prophecy teaching of theirs as an example of how one can be existing within the wrong time period and certain expectations do not come to fruition.

I would like to show you Scripturally where we are at present within Prophecy in Scripture.

The Appointed Times of the Nations

They will fall by the sword and will be taken as prisoners to all the nations. Jerusalem will be trampled on by the Gentiles until the times of the Gentiles are fulfilled. (Luke 21:24)

The Watch Tower Bible and Tract Society teaches that the trampling upon Jerusalem occurred back in 607 BCE under the rule of King Nebuchadnezzar who destroyed it. They teach that after the fall of Jerusalem at that time the non-Jewish or Gentile powers exercised dominion over the earth. They teach that the dominion of the Gentile powers or Nations would run for a period of 2520 years from the year 607 BCE. They calculate 2520 years forward brings one to the year 1914, the end of the Gentile Times and the beginning of the Lord’s Day, the day in which Jesus was installed as King by Jehovah and now reigns as earth’s king; and that Jesus has turned his attention (presence) to the nations.

I believe that this is in error. Why?

Because Jesus said that no human or human agency could know this date. He even said that even he himself did not know, only his Father in heaven would know. Notice what Jesus said in this regard at Mark 13:32:

No one knows about that day or hour, not even the angels in heaven, nor the Son, but only the Father.

It is not for you to know the times or dates the Father has set by his own authority.

Therefore keep watch because you do not know when the owner of the house will come back—whether in the evening, or at midnight, or when the rooster crows, or at dawn.

So, it is not possible for any human or human agency to establish a date. Jesus certainly didn’t and said he did not know. How can a religious organization establish something Jesus himself could not?

What Jesus spoke of at Luke 21:24 has a much greater fulfillment than the events of 607 BCE when Jerusalem was taken into captivity by the Babylonian King Nebuchadnezzar. It has a future fulfillment.

Look around you, what do you see with the nations of the world? They are doing what they want to do. They are still governing and ruling over its citizens. The day in which we are in at present is the Gentile Times or The Appointed Times of the Nations. We are in what I call the Nations of the World Day. It is a time period or day of the Nations. That time, Jesus said, has a set time limit set to it (appointed) and it will end.

Logically, after the nations have had their turn at rulership, what would follow it? The Lord’s Day. It would be The Lords turn. According to Daniel 2:44 what is destroyed and what replaces the thing destroyed? Let’s take a look.

In the time of those kings, the God of heaven will set up a kingdom that will never be destroyed, nor will it be left to another people. It will crush all those kingdoms and bring them to an end, but it will itself endure forever.

Therefore, there has to be a time of the nations and then after they are destroyed, a time when God’s Kingdom is established on the earth. The destruction of the nations is done within a time period called The Lord’s Day.

Since all of the nations are still here at present, that means we are existing in a time period called in Scriptures The Appointed Times of the Nations or The Gentile Times.

When that time period ends – and no human can know when it ends – then we enter into the next Time Period called the Lord’s Day.

The Apostle John in The Book of Revelation shows that all of the events mentioned in that book are to occur in The Lord’s Day. At Revelation 1:10-11 he says:

On the Lord’s Day I was in the Spirit, and I heard behind me a loud voice like a trumpet, which said: “Write on a scroll what you see …

The Lord’s Day is still future as we are still in the Gentile Times. The nations are still here and ruling.

It is also interesting because John mentions in The Book of Revelation The Beast, The False Prophet, The Image of the Beast, The Scarlet Colored Beast, Babylon the Great, and the ousting of Satan from heaven as all occurring in the Lord’s Day.

If the Lord’s Day has not yet arrived, that means none of these things has had a beginning of fulfillment yet. Think of it, the war in heaven between the Dragon and his angels and Michael and his angels has not occurred yet and Satan is still there in heaven with full access.

If one reads the entire Book of Revelation, Jesus’ angel is telling John to write down all of the events that would occur in the Lord’s Day. It is within that time period that Jesus takes action to remove Satan and establish God’s rulership over the earth, meaning that human rulership goes away. It is also within that Day that Jesus reconciles the created (man) to his Creator (God).

The Lord’s Day is Christ’s 1000-year rule or Kingdom over the earth.

The Last Days is a time period nested within the Lord’s Day. It is the few days remaining after Satan is released from his prison after the 1000 years ends.

When Satan is released after the 1000 years of incarceration, he will see a new human society as having been established on the earth. The men and women existing at that time on the earth are all persons who had been resurrected from the dead and have been given new life and full of the knowledge of God. All worshiping the One God in heaven. But notice what Satan does to this new human society. Revelation 20:7-8 says:

When the thousand years are over, Satan will be released from his prison and will go out to deceive the nations in the four corners of the earth—Gog and Magog—to gather them for battle. In number they are like the sand on the seashore.

Satan goes out to deceive this new human society and rally them to resist what now is certain to come down: New Jerusalem, God’s Kingdom.

Those un-deceived persons, by willing joining Satan, essentially betray Jesus and this act is what is called the unforgivable sin. (No one today can commit this sin). It is a sin that cannot be forgiven because the men and women at that time will be full of the knowledge of God. An advantage persons from Adam up to now do not have. So, their actions are unforgivable. They go along with Satan into the Lake of Fire (The Second Death), erased from all existence.

It is important to understand that nowhere is it written that God throws those who Satan misleads into non-existence. Notice what Revelation 20:10 says:

And the devil, who deceived them, was thrown into the lake of burning sulfur, where the beast and the false prophet had been thrown. They will be tormented day and night for ever and ever.

Again, notice, those deceived are not sent into the Lake of Fire, only Satan and those who are not deceived and willingly joined Satan in his rebellion are. The false prophet and beast were sent there 1000 years before Satan. So they will already be gone and out of existence by the time Satan is let loose.

This is fascinating against the backdrop of what religious organization teaches on this subject.

We currently stand in a time period called The Appointed Times of the Nations or the Times of the Gentiles. Neither has The Lord’s Day arrived nor has the events of The Book of Revelation – which is to occur in the Lord’s Day – has had a start of fulfillment. They are all still future.

Religious organization will resist this and will continue to perpetuate a popular but erroneous false teaching that we are existing within a time period called the Last Days. The Last Days Jesus was referring to is well over 1000 years in front of us. 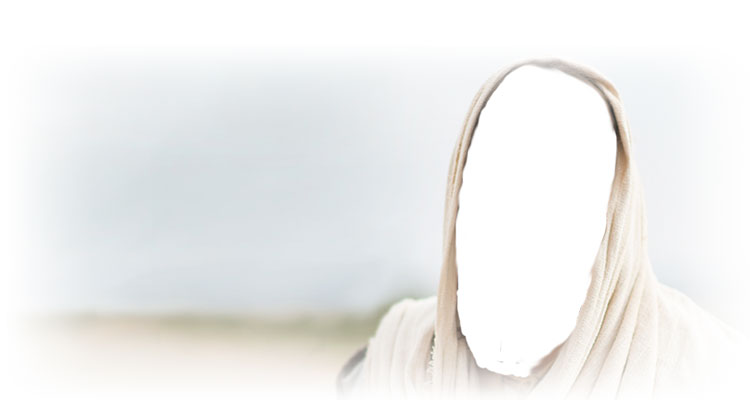