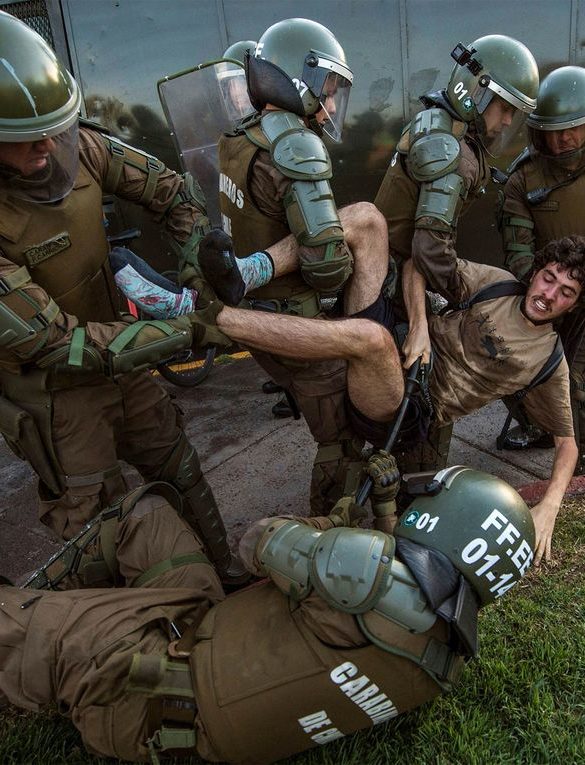 What Is So Wrong With The World?

On October 2, 2017, a 64-year-old man by the name of Stephen Paddock, gunned down and murdered 59 people attending a Country Music Concert in Las Vegas, Nevada. In the may lay he injured some 515 people. He later took his own life. The event is tragic and my heart goes out to the victims. Yet, no assessment has been made as to why? This has been hailed as the deadliest mass shooting in United States history by the media.

What is concerning to me is how the story is being spun up by the media: The Deadliest Mass Shooting In U.S. History.

To me, this is completely irrelevant as the senseless loss of life of one person is unacceptable. Whether a person’s life is taken by gunfire, stabbing, lynching, drug overdose, or warfare it is the taking of life and we all should be concerned about it. Yet, sadly, most are not. Why?

In this case, since it was more than 50 White concert-goers who were murdered and more than 515 injured, now there is outrage? The American flag has been ordered at half-mast and many want a day of prayer and a monument built at the location. The White House chambers have moments of silence. All of these things are just for media headlines and eye-candy. Nothing will be done to address why people di such things. This reveals the level of sickness America finds itself in. the outrage when nine church-goers were gunned down in cold blood? Where was the outrage when young Black men and women were gunned down in cold blood by police officers. The same level of outrage was not there because, in America, Black and Brown lives are not as precious (or precious at all) as White lives.

It has become too convenient for many White Americans to point fingers at those who “take the knee” or ISIS, Islam by calling them maniacs, as persons who do not respect our freedoms or disrespect the flag. But when it is a White person then he is a “lone-wolf,” or a “psychopath,” or a “mentally-ill person.”

This social phenomenon in America and our ability to see it as normal is an indication that we need to address the root cause that people – in general – do not look to each other with love and respect because they look different than they do or do not believe as they do. And, because of these things, they believe they have an excuse to hate. if one hates, then they are not happy.

Where was the outrage when nine church-goers were gunned down in cold blood? Where was the outrage when young Black men and women were gunned down in cold blood by police officers. Why wasn’t the flag flown at half-mast? The same level of outrage was not there because, in America, Black and Brown lives are not as precious (or precious at all) as White lives.

I have noticed that the media was very slow to mention the race of the gunman and that this was an “act of terror.” If the perpetrator had been a Muslim, African American, or person of another racial group, the media would have treated the event much differently and we would have been constantly bombarded with the images of them. As if White people are not capable of such heinous acts!

There is no doubt in my mind that the American government and the sickly will use this event as a rallying cry for respect for the flag and against those who “take the knee” in protest to racial injustice in America. Rather than look into what ails America and why the notion of killing, war, subduing and dominating others because of the color of their skin or because they have valid complaints and grievances.

Something spiritless is dead.

As an example, in my workplace, most of the discussions I have witnessed or engaged in with people are about the things they have. About how big their house is, about a new car, about how much money one makes and has. Yet, I have also engaged in discussions with these same people about the family problems they are having: Complaints about a son, daughter, wife, or husband. Their solution to the family oftentimes is to give family members material things thinking that these things bring lasting satisfaction and is the cure for the root cause of the problem. In a week or month or two, matters within the family unit worsen.

Now, when I apply what James Baldwin said to the recent mass shooting (or any other heinous crime, warfare not excluded), what comes to the surface? It is extreme unhappiness. A people living in the darkness thinking that the things that they have (even their religion) are sources of light. This unhappiness and darkness in which people live have gone unaddressed. Even the religious systems of the world – especially Christianity – preaches light in a dark world but are a major source of darkness itself. It does not teach the truth about matters.

For example, rather than be bold and truthful and say that radical Islam is not the problem, but people everywhere are. If ANY race among the human family believes that it is better and more dominant than another, then that race of people suffers from a mental illness. If a government – any government – teaches this to its citizenry, then it is mentally ill.  If any nation mentions God in their madness, then it is mentally drunk and mentally ill because God has nothing to do with it. It is a feeble attempt to pull the creator of the heavens and the earth down to their level.

Jesus spoke of a world in which his Kingdom was no part of. If this world is no part of his Kingdom, then whose Kingdom is it a part of? (John 18:36)

While humankind himself is responsible for the heinous crimes it has committed upon his Brother (others within the human family), this world has a ruler over it. This ruler offered all of the kingdoms of the world to The Son of God, Jesus Christ. Jesus never denied that the kingdoms of this world were not Satan’s to offer him. (Matthew 4:8)

Mankind will never on his own come to love and respect others. Why? Because there exist races within the human family who thinks itself dominate (like an alpha-male) over the others. It has sought to impose its will on the others via warfare, conquest, and domination. That so-called dominate race is violent by nature. It tells itself that it can only be trusted with weapons of mass destruction and no one else is to have them. (Essentially telling the world that it is its god). Yet, that so-called dominate race was the only one to actually use weapons of mass destruction upon another people and it expects other members of the human family to trust them.

The notion of peace in the world, trust, love, and respect for others and the need NOT feel superior (or inferior) to others is foreign to the human family. We simply do not have it within ourselves to bring about such conditions within a nation or in the world.

Leave them; they are blind guides. If the blind lead the blind, both will fall into a pit.

The Prophet Jeremiah said concerning the leadership of the human family …

Lord, I know that people’s lives are not their own;  it is not for them to direct their steps. (Jeremiah 10:23)

And, since those who have this mental illness think themselves of sound mind, God will humble them and remove them from His earth. They have been bad tenants are ruining God’s property, the earth. They will be evicted never to be seen again.

One must rise above this madness in the world and focus on what Christ taught his disciples with regards the treatment of people. It is not about the “otherness” I mentioned earlier. It is not about the skin color of another. If one race among the human family insists on elevating himself and degrading, threatening, intimidating, and imposing his will upon others, there is one greater that will bring them low. 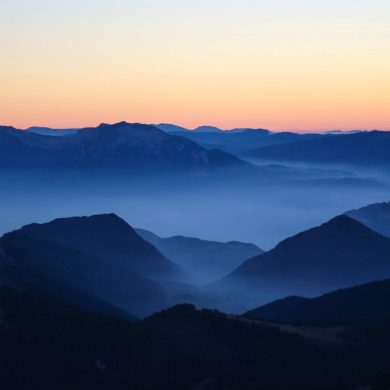 Worship the Lord Your God, and Serve Him Only