What and Who To Believe

If I were to offer the very best advice I could give someone, it would be this: Strictly listen to Christ. Become his disciple and not the disciples of religious organization or even a book that men arrogated themselves to make holy and call The Word of God. God did not authorize.

Please understand the import of this statement.

The world is full of something just in case any of you have not noticed. What? Religion.

The real dichotomy is that we live in a world full of religion, yet it is a very dangerous and immoral place in which to live. How can a world so full of religion, be such a bad place? If religion was of God, certainly the fruitage religion produces in people would be good fruit.

There is a force of power and control that looms over us all. This force has in its tight grip billions. That force is religion.

What has been incorrectly assumed as from God – Christianity – it is not! The Scriptures do not say that. Men do.

No one can show in Scripture where Jesus told his followers to be called Christians. Rather, Jesus spoke of them becoming his disciples.

To the Jews who had believed him, Jesus said, “If you hold to my teaching, you are really my disciples.  Then you will know the truth, and the truth will set you free. (John 8:31-32)

The Christian religion is what it is: It is man-made. It is not from God. It is from man. Man coined the phrase Christianity.

The Christian religion comes replete with its own scholars, doctrine, prophets, and bulk in numbers. It appears to be reputable. Yet, it is a counterfeit. A fake.

Like a good counterfeit the dollar bill, recognizing Christianity as a counterfeit is not easy unless one has been trained by Christ and continues to be trained by him.

One of the dollar bills below is fake. Can you tell which one? Not easy and not readily.

Jesus warned that after his departure many deceivers would come in his name making certain pronouncements about him:

Watch out that no one deceives you.  For many will come in my name, claiming, ‘I am the Messiah,’ and will deceive many.  You will hear of wars and rumors of wars, but see to it that you are not alarmed. Such things must happen, but the end is still to come. (Matthew 24:4-5)

My dear readers, if you are a follower of Christ, we have no enduring city on earth to go into at present.  We are in a veritable wilderness where Christ was and this is where Satan comes to us. The wilderness is this world. (Hebrews 13:13)

That city – according to Scripture – will come one day in the future. In the meantime, Christ is to be found outside of religion and we are to go out to were he is; not to go into human religious organization that tells us Christ is within them. Notice what the Apostle Paul says at Hebrews 13:12-14.

And so Jesus also suffered outside the city gate to make the people holy through his own blood. Let us, then, go to him outside the camp, bearing the disgrace he bore. For here we do not have an enduring city, but we are looking for the city that is to come.

Jesus is the treasure that we should be seeking. That treasure is not within any established religion on earth. I cannot over emphasize this enough. Impressive looking and impressive sounding many religious organizations appear to be, they are all false. Jesus foretold their coming and warned for the need to stay awake and not to be taken captive by them.

My goal is that they may be encouraged in heart and united in love, so that they may have the full riches of complete understanding, in order that they may know the mystery of God, namely, Christ, in whom are hidden all the treasures of wisdom and knowledge. (Colossians 2:2-3)

So what are we to do? Stop attending Church or the Kingdom Halls? Yes, that is the first thing you must do. You must disassociate yourself from this entity called religion.
Next, recognize who is the only authorized Head over man and align yourself under him, not religious organization. (1 Corinthians 11:3)
And since Jesus is man’s head, it is to him we are to listen to. It is discipleship to him, not membership to religious organization.
Pray to God and ask for His guidance, wisdom and understanding.
The Most High God Jehovah says at Luke 9:35:

It would be am exercise of wisdom, faith, and courage to listen to what God says we should do concerning His Son.
It is not easy to separate oneself from familiar and seemingly trustworthy human organization. Within them are family and friends and others that we love and have concern for. Yet, Jesus said at Matthew 10:37:

Religious organization has also been mother to many. It has been and still is the source of feeding for the masses in the world.
The bottom line is this: Where do our loyalty really exist? Are we loyal to God or loyal to our religion? 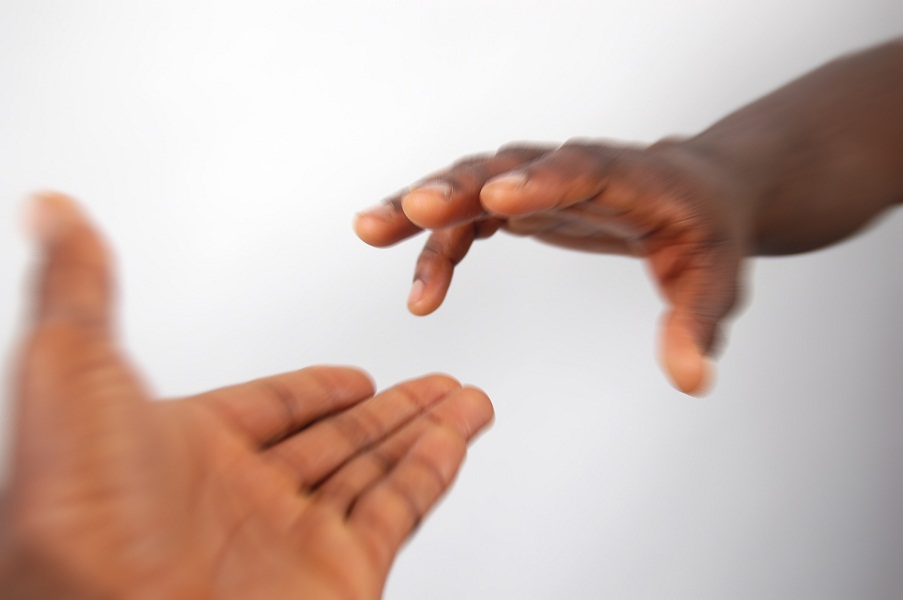 Do Not Put Your Trust In Men