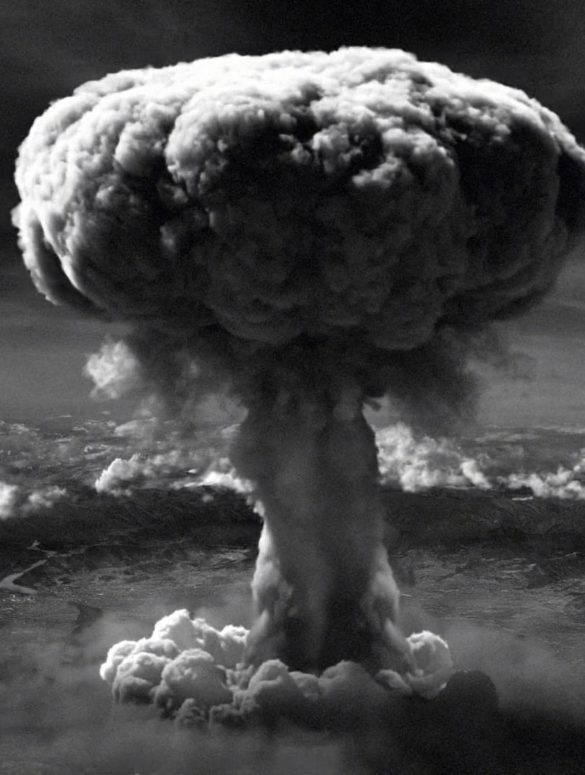 What and When Is Armageddon

The mistake so many has made concerning Armageddon as to what it is and when it is that they have not listened to the one The Most High God has told us to listen to. (Luke 9:35)

Dead Prophets such as Daniel and others – who The Most High did not send to us –  have nothing to do with defining what Armageddon is and when it will occur. Did God tell us to listen to these Prophets of old? Did He send them to us? The answer is, no!

The Father in heaven sent us His Son and he is called The Word of God. A title not given to ANY Prophet of old. And, to this one, God says: “Listen to him.” (Luke 9:35)

So to come to an accurate understanding as to what Armageddon is, we MUST listen to Christ.

In The Book of Revelation at verse 1:1, we are told,

The revelation from Jesus Christ, which God gave him to show his servants what must soon take place.

It seems to me that since this is a revelation that God gave Jesus and since Armageddon is mentioned in The Book of Revelation, it is Jesus [the] Christ we should be listening to and not the old Prophets and devising systems using the 70 weeks to figure out when Messiah would come. Doing so, are acts of disobedience faithlessness to God and Christ; as Jesus said that no one but God knows when he will come. (Matthew 24:36, Matthew 24:42, and Acts 1:7)

Therefore keep watch, because you do not know on what day your Lord will come.

He said to them: “It is not for you to know the times or dates the Father has set by his own authority.

I have never seen so much blatant disregard for what Jesus as said with regard to his return. I see this same level of disregard concerning listening to “him” with regard to Armageddon and many other things. As I see it, the religious systems and organizations the masses of people belong to have them afraid to speak or question these things. They become complacent in what they have been led to believe is the truth and lackadaisical in questioning what they have been told. They blindly accept it all because the majority of the others about them believe it to be true.

According to Rev 16:16, Armageddon is a PLACE not a war and it is NOT the end of the world.

“Then they gathered the kings together to the place that in Hebrew is called Armageddon.”

It is the “PLACE” where Christ’s faithful ones are gathered together for protection from their enemies who will encamp them. Outside of that place – Armageddon – will be their enemies who will have been pursuing them. Unknown to those enemies, God will lead them outside the camp of Armageddon for their destruction. Think of how Pharaoh pursued the Israelites who had their backs against the Red Sea. God protected them and destroyed Pharaoh’s armies.

During the unspecified period of Armageddon, there will be only one government over the earth, that of the Beast, which is Satan’s throne on earth. That future earth is the place in Hebrew called Armageddon. But the earth in a spiritual sense as the battle is a spiritual one.

There will exist two spiritual mindsets or belief systems. One that is loyal to the Beast. In one’s mind and hearts, they will be loyal and worshipful of the Beast. Very much like many are loyal to their particular governments today. They swear oaths and allegiances to them. The other spiritual mindset will be loyalty and faithfulness to God, His Messiah, and the kingdom they believe will come down, destroy, and replace the Beast. Those loyal to the beast will not believe that will happen as they believe the Beast is invincible and no one can do battle against it. (Revelation 13:4)

The majority will side with the Beast and tremendous pressure will be placed upon those loyal to God and Christ to conform. There will be discussions, propagating, and strong reasonings why they should receive the mark of the Beast (conformance).

The pressure is increased upon God’s faithful where they will be betrayed and marked as dissenters. It will slowly become difficult to know who to trust. They will find it very difficult to function within the Beast. They will be viewed as leper-like; they will be refused services and not allowed to buy or sell. They are outcasts. Objects of derision by their former Brethren.

Armageddon is a contending over who is the rightful owner of the earth. It involves a high-pressure and intense mind-game upon God’s faithful ones to get them to give their allegiance to the Beast. One kingdom below – the Beast – versus one kingdom that is coming down from above, God’s kingdom. Kingdom against kingdom.

We see small vestiges of such loyalty and allegiance exacted by the nations today from their citizens. If one does not go along with the flow and believe and do as the majority, they are considered unpatriotic, dissenters, and apostates. Put it to the test. Go to a sporting event and not stand for the national anthem, not salute, or place your hand over your heart and see the reactions you get.

It is interesting that we have a fine example of three Hebrew boys Shadrach, Meshach, and Abednego who did not kneel before Nebuchadnezzar’s golden image at the playing of the instruments. (Daniel 3:7)

Yet, many today claiming to be godly and followers of Christ so easily show their allegiance to governments’ demand to salute and venerate lifeless flags and other icons. They find a way to rationalize it. Did Shadrach, Meshach, and Abednego rationalize compromise of who they worship? No!

They were bold and – with respect – told King Nebuchadnezzar …

“Your Majesty, that we will not serve your gods or worship the image of gold you have set up.” (Dan 3:18)

No literal weapons are used in this place Armageddon. Such weapons do not exist in heaven and neither will they exist in that future beastly government. Spiritual death will occur as many will succumb to the pressure and worship the Beast, its image, and receive its mark.

Armageddon is a spiritual place of contention. That place is on a future earth where spirituality will be rife.

Armageddon – the place of gathering of Christ’s faithful ones for protection – occurs just before Satan’s destruction.

The Beast, no doubt, will have informants who will betray their former Brethren.

A situation will present itself where Christ’s followers will find themselves hemmed in and encamped; surrounded by a world that hates them.

God gathers the faithful ones into a place of protection called Armageddon. It is not a literal place but a spiritual place. It is a spiritual camp that has God’s protection.

Outside that camp are the supporters and worshipers of Satan’s Beast and image as well as Satan and his angels (spirits).

They will think they will have corned God’s faithful ones and it will be easy to do away with them.

Note: I do not believe that this “doing away with them” is a literal killing of them, but perhaps a regulatory manipulation and tampering of their minds that will force them to worship Satan through his Beast and image.  Mind-control!

While all worshipers of Satan’s Beast are lured to where God’s people are, they along with Satan, his angels, the False Prophet are destroyed. 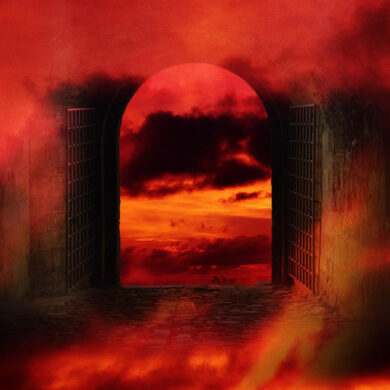