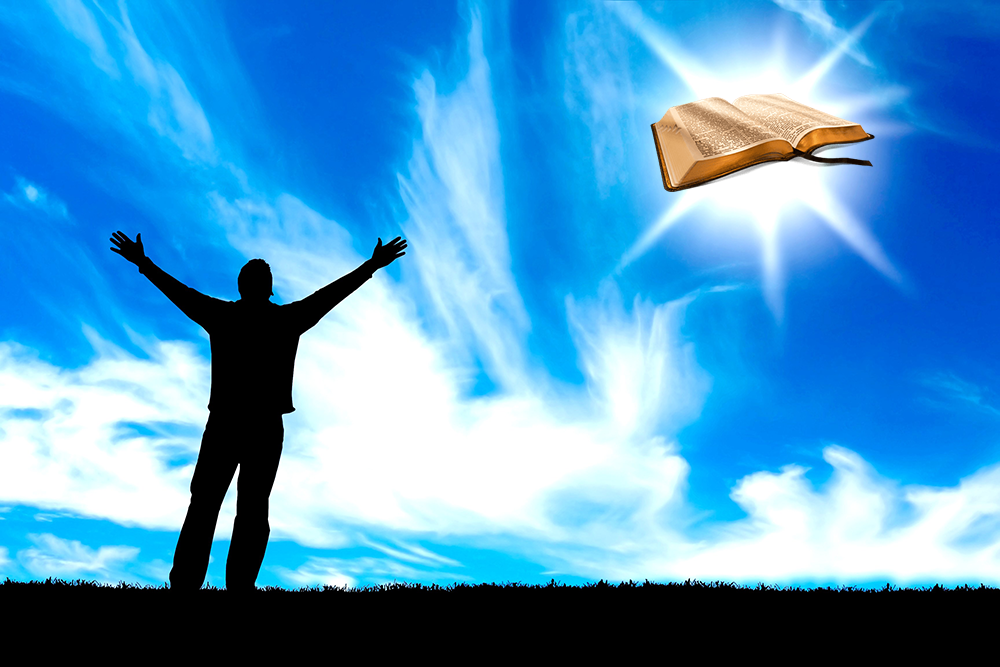 Idolatry is the veneration, love, worship, or adoration of an idol. Idolatry generally involves some form, ceremony, or ritual.

Most of you know the story of the Prophet Moses.The Most High God chose and prepared Moses for an assignment to go into Egypt as Deliverer of Israel and to demand that Pharoah – the king of the undisputed world power of that time – to release them out of bondage.

Fast forward: Pharaoh conceded and released Israel and Moses led them to the placed from which he received his commission from God: Mount Horeb (Mount Sinai).

Moses left the people to go up into Mount Horeb to receive God’s Law. He would return.

This story of Moses has striking parallels to God’s Son, Christ Jesus. In this article, I want to show these parallels as a basis to show that the people of the world today have been misled by the system of religion called by men – Christianity – to become unwitting idolaters before God.

When Moses was away receiving God’s law, the people became impatient and approached Aaron with a request to make a god for them: A Golden Calf. This Golden Calf was regarded as representing God, and a festival was held to designate “a festival to God.” (Exodus 32:1-8, 18, 19 and Nehemiah 9:18)

The Israelites sacrificed to the golden calf, bowed before it, ate, drank, and enjoyed themselves in song and dance.

The point I want to underscore is that the Golden Calf was considered by the Israelites as “representing God.”

The construction and worship of this “representative” god were idolatry before God.

Parallels Between Moses and Christ

Moses went away and returned, Christ went away (ascended) and promised to return.

When Moses returned, he found the people engaged in the idolatrous practice of calf worship. They did not keep the faith and stay on course. They deviated.

Likewise, in Christ’s absence, the people of the world today have been involved in an idolatrous practice that far exceeds that of ancient Israel in Moses day.

Today, man has established religion. He has given his religions names. Man has created his own holy books and given them names, too! A particular race of men within the human family even arrogated himself to make or portray the people in his book to look like himself! Within Christianity, the book called the Bible is even called holy, and scripture, and The Word of God. These are things that God did not command; man has done this all by himself and for himself.

A lot of time and effort went into creating and establishing such idols or representatives of God. So much time and effort that no one bothered to ask the question, “If they should?” So much time and effort that the one the world should be listening to and following is not being listened to. Rather, it is religious organizations, Popes, Governing Bodies, religious men of renown – past and present – who founded the many so-called Christian organizations and who sit on top of them in leadership positions are the ones being listened to.

None of these things existed when Christ was present. They surfaced when he went away (ascended). The things I mentioned above are the worlds proverbial “Golden Calf” and they all stand as  false “representatives God.”

The questions many have not considered or asked is: Did God authorize the establishment of “representatives” such as Christianity or the Bible? If He did not, who did? Why would these things appear after Christ’s ascension and not while he was with his disciples more than 2000 years ago?

“Why not just send a book instead of a Son?” No, God did not send a book, He sent his son.

Deception is deception. The one deceived usually is not aware that they are in that state. 1 Tim 2:14 tells us that the Woman Eve was “thoroughly deceived” by the Serpent. She was not aware that she was in that state until after God asked her, “What is this you have done?” (Genesis 3:13)

Today other voices are speaking to God’s creation: mankind. These voices are large idols in the form of religion. The “voices” within them are the leadership that sits on the top of them directing the people joined to them. The “voices” are teachings that pose as teachings of Christ but are not. These strange voices (teachings) Christs true followers will run from and reject. (John 10:4-6)

These idols are really “false gods” no different from the one that Aaron fashioned for the people way back then.

The religions today were also “fashioned for the people” by religious men – like Aaron.

It is no wonder Christ will say on that day as recorded in Matthew 7:21-23:

What a shock this will be!

And, since worship of God is not “really” being conducted “through” Christ but rather through”religious organizations” who have made themselves “representatives of God,” how can Christ “know them?”

Obviously, if we listen to John 14:6, we would direct our worship of God through Christ and that is how Christ would know us.

But if pseudo-worship of God is by another “way” – Religious Organizations, The Bible – then there is no way Christ can know us.

Our worship of God would be in vain and we would be talking to a lifeless idol, and that is exactly what religion is today.

Revelation 17:1 speaks of a GREAT HARLOT that sits upon many waters. That this Harlot sits upon the waters means that she controls them and she commits fornication with those waters. What are the waters? A few verses down we are what who the waters are. At Revelation 17:15 we are told:

The waters that you saw, where the harlot is sitting, mean peoples and crowds and nations and tongues.

Of this Great Harlot, God commands us at Revelation 18:4:

Get out of her, my people.

This Great Harlot is arrayed with everything resembling a Golden Calf – representative of God. Notice what she is wearing – or overlayed in – at Revelation 17:4:

And the woman was arrayed in purple and scarlet, and was adorned with gold and precious stone and pearls and had in her hand a golden cup that was full of disgusting things and the unclean things of her fornication.

I know many will not see this or agree with it. It is of no consequence to me; I see it and it is my sincere hope that others will “see” it to with God’s help.

Why is religion of all sorts – and the people within them – want so badly for others to join them in their religion? (I have always found this uncanny. It is almost an aggression). Many of these religions even use scare-tactics such as the threat of an eternal hellfire or loss of eternal life if one does not join them. Some religious organizations outright lie and create specialized Bibles to trick people into joining them. See my article on the Panare Indian.

Yet, in spite of its deadly history, religion – and in particular – Christianity, pushes itself off as true, clean, and chaste.

As the wise man Solomon said at Ecclesiastes 1:9,15:

There is nothing new under the sun. That which is made crooked cannot be made straight, and that which is wanting cannot possibly be counted.