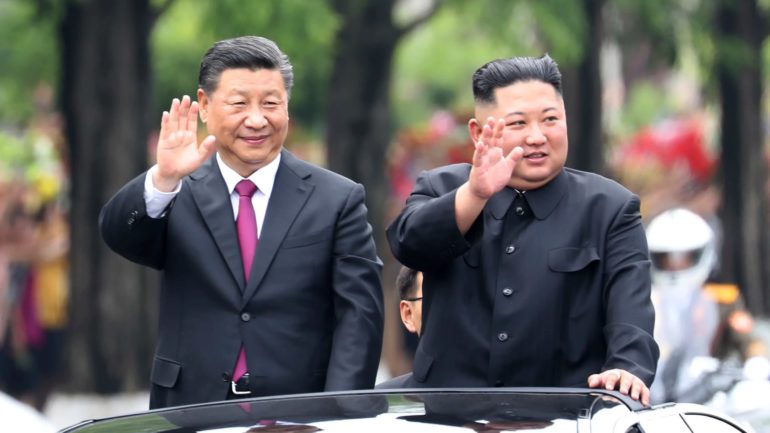 The Prophet Daniel at Chapter and verse 11:27 makes the following prophetic statement …

As for both kings, their hearts will be intent on evil, and they will speak lies to each other at the same table; but it will not succeed, for the end is still to come at the appointed time.

Two Kings Lying and Untrusting of Each Other

Secretly, both Kings do not really want a peaceful coexistence. The King of the North and his allies are Communist regimes. This is what they believe. This is their vision of the world. They will never adopt a democratic way of life.

The King of the South and his allies are democratic regimes. The push in the world from The United States is to have a world where democracy is supreme. That will not happen. There is no way that North Korea, Russia, or China will convert to a democratIc way of life.

So these two Kings will always be in contention and will never trust one another. It is a chess game for them.

I believe that the two Kings will come to a table and talk. There will be an appearance of progress. Hands will be shaken. There might be celebrations. Even a patting-on-the-back of certain Leaders taking credit for what will be a false peace.

If we have not learned anything, learn from the Prophet Jeremiah where he said in prayer to The One True God at Jeremiah 10:23 …

Our Creator did not create us to lead and direct one another. Those who station themselves as leaders over us will always fail. The state of the world from the beginning of human government is powerful evidence and testimony of man’s failure and inability to successfully lead one another.

There has never and there will never be a successful human government.

People are fickle and untrustworthy of others for a myriad of reasons: Color of skin; language; culture; religion; political views; gender; how they dress; and etc.

The fact is that people are “not good.” We are inherently evil That evil was inherited from Adam. We do not know what is good and what is bad from God’s point of view. We have simply defined for ourselves what is good and bad.

So, the result is that what is bad for person “A” is considered bad by person “B.” The world is divided because each one, each regime, each religion, each political ideology concludes for themselves what is good and bad for themselves. Thus, there will never be agreement among the human family.

Jesus spoke on the issue of good and who is good.

A man approached Jesus and called him “Good Teacher.” Jesus seized on that moment to teach the man. At Matthew 10:15-18 notice what Jesus said to the man in response …

As Jesus started on his way, a man ran up to him and fell on his knees before him. “Good teacher,” he asked, “what must I do to inherit eternal life?” Why do you call me good?” Jesus answered. “No one is good—except God alone.

Jesus said that only God ALONE is good. What a lesson in humility!

Some world leaders should take note of what Jesus said and apply and practice this in their lives.

So when you have evil leaders come to a table to work out peace there can be no peace. Evil plus evil cannot produce peace.

Given what occurred in Jerusalem on March 14, 2018, with the opening of the US Embassy (a provocative act) and the event today (March 15, 2018) with North Korea warning the United States about provocative military exercises in South Korea and the Summit talks being suspended.

Look at that, folks!

To conduct military exercises at a time when a Summit meeting was coming knowing that they would be viewed as provocative by the King of the North comes from an evil heart and from someone who does not really want peace, but war. Bloody war.

Likewise, to ignore world opinion and set up a US Embassy in Jerusalem is also a provocative act and an act of evil kings who speak of peace but do not really want it. They want the elimination of their enemies.

Sadly, the United States is an evil king. It is a conquer bent on world domination and conquest. It will lose. Indeed the entire world will lose. Why?

Because the earth belongs to God. He created it. The nations of the world of mankind and their kings are bad tenants. They have ruined the earth.

The kingdoms of the world are bad tenants will be evicted in God due time. 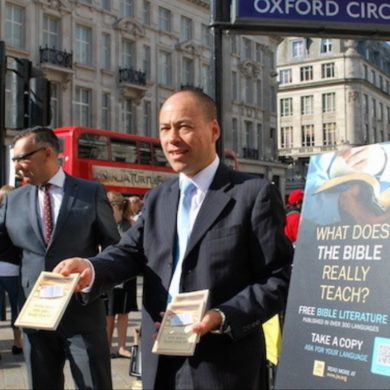 How To Converse With Jehovah’s Witnesses?