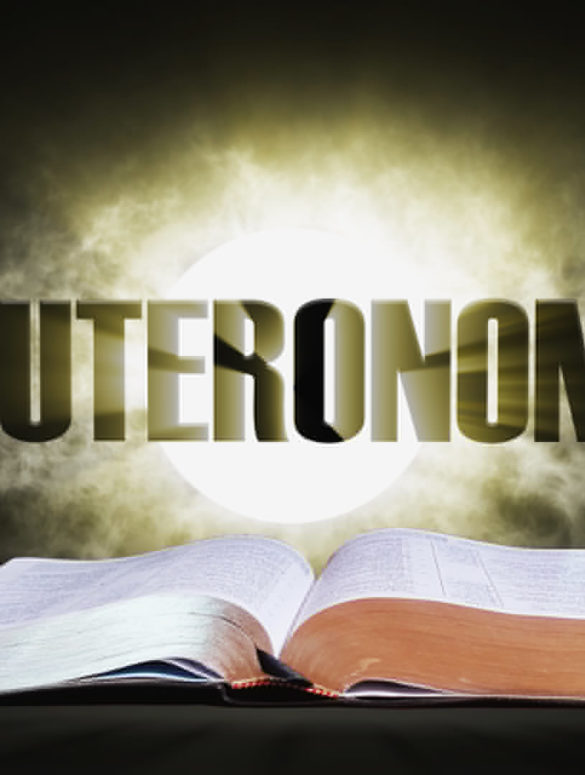 The Problem With Deuteronomy Chapter 7

The other day a co-worker asked me to read Deuteronomy Chapter 7 and provide him with my thoughts about it.

To bring you up to speed, Deuteronomy Chapter 7 has The Most High God – through Moses – warning ancient Israel not to engage in marriage alliances with the seven nations about them: The Hittites, Girgashites, Amorites, Canaanites, Perizzites, Hivites and Jebusites. These seven nations were larger and stronger than ancient Israel.

Further, ancient Israel was to totally destroy these nations, make no treaties with them and show them no mercy.

I must first state here that these seven nations – the Hittites, Girgashites, Amorites, Canaanites, Perizzites, Hivites and Jebusites – were all descendants of Ham, the progenitor of the Black or African race of people.

Secondly and supposedly, Deuteronomy Chapter 7 has the Most High God telling ancient Israel not to intermingle sexually with these nations of Black people? Deuteronomy Chapter 7 supposedly has God telling ancient Israel – one small and comparatively weak nation – to totally destroy seven nations larger and stronger than they and at the same time not engage in marriage alliances with them? If it was possible for ancient Israel to totally destroy these seven “larger and stronger” nations, there would be no one left within them to marry.

Thirdly, what was spoken by God through Moses, was for ancient Israel at that time. Even the Law Covenant with it’s more than 600 laws were given ONLY to ancient Israel, not to anyone else; not even Christs followers as there was no Christ at that time.

And Fourthly, this entire scenario is highly suspect and wreaks of racial overtones and paints a picture of a God who hates Black people. When the truth of the matter is that it is not God, but certain ones among mankind who do? Again, why the Hittites, Girgashites, Amorites, Canaanites, Perizzites, Hivites and Jebusites – descendants of Ham – and not the descendants of Japheth – the progenitor of the European race?

And lastly, that the Hittites, Girgashites, Amorites, Canaanites, Perizzites, Hivites and Jebusites are said to be “larger and stronger” than ancient Israel, shows that these nations where their first and ancient Israel invaded their land.

This is no different from the invasion of the European (Japheth) into what they named America. When they arrived, a people were already in the land. Did God authorize such an invasion? Did He intend for the native Indian to be conquered in such a way to be thrown onto reservations and have alcohol pumped into their lives? No! This is from men.

When Jesus [the] Christ was sent into the world of mankind, the Law Covenant and scenario described in Deuteronomy Chapter 7 would have been rendered null and void today. Jesus changed all of that. Listen to Jesus’ wording at Matthew 5:21:

I invite you to read the rest of what Jesus stated from Matthew 5:21-48.

In other words, Jesus [the] Christ is saying, “I know what you were told in past times. However, NOW I am telling you this, listen to what I say.”

So persons who insist on jumping back in time to bring forward things that do not apply to us today are making a grave mistake. They make even a worse mistake to teach such things as being applicable. Why? Because it makes the teachings of the Christ to no account. Jesus as stated:

I am NOT saying that what is written at Deuteronomy Chapter 7 was not uttered by God through Moses. What I am saying is that those things were not spoken to us today. Moses was not sent to us, Jesus [the] Christ is. To whom do you listen?

Did the Most High God command us to listen to Moses or any of the other Prophets? No, He said to listen to His Son.

The major mistake the entire world of “Christianity” finds itself in is that it has been told that the Bible is The Word of God. They view it in its entirety as The Word of God. Therefore, ANYTHING they read out of it, they consider applying to them. They fail on two fronts:

The above are just a few examples, but I use them to show you that persons using them have implanted in their minds to view “The Bible” as The Word of God and it takes preference over the only Word of God, Jesus [the] Christ.

For example, a person might say, “The Bible says (or teaches) at John 14:6: “I am the way and the truth and the life. No one comes to the Father except through me.”

Well, such a statement “The Bible says or teaches” would be incorrect. The Bible does not say or teach this, Jesus does.

I hope you see what I am getting at here: What Jesus himself says is often times ascribed to “The Bible” saying it.

Along the same vein, often times when God utters something, these persons do the same thing: They ascribe what God has stated in the Bible says “it says.” This is a subtle seemingly harmless thing, but a deceptive and dangerous thing. Why? Because the world at large is being indoctrinated and conditioned not to REALLY listen to the Christ. While the world is being told that if it reads the Bible it is listening to Christ. This is one of the biggest lies being told today. NEVER should anyone or anything be stood up next to The Most High God as He is only ONE God AND nor should anyone or anything be stood up next to Jesus [the] Christ who is The Son of God and The Word of God (bearer of Gods words).

Yet, in the world today, it is a book called The Bible that gets all of the press; and the world has been duped into believing that it – in its entirety – is ALSO The Word of God.

As far as I am concerned, if someone says to me, “The Bible says ‘Eye for an eye, and a tooth for a tooth’ I will say to them …

“First of all, The Bible does not say that God says this to ancient Israel through Moses as one of His many laws to them.”

I would go on to say to them, “Jesus, who is Gods Word, now tells us ‘Do not resist an evil person. If anyone slaps you on the right cheek, turn to them the other cheek also.'”

I will listen to what my Master NOW says. This is a command by The Most High.

So hopefully those of you reading this article can see that the Bible is being used as an effective tool to indoctrinate the world NOT to listen to the one God told us to listen to. It is a mistake to even “think” of a book that men complied and gave their own name to – The Bible – as being holy and The Word of God. It is idolatrous and blasphemous to station a book in a holy place where it does not belong. Only Jesus [the] Christ can stand there.

The problem with Deuteronomy Chapter 7 is not what is written there, but the persons to attempt to use it as being something applicable to mankind today because it is something written in a book mankind calls “The Bible.”

Jesus [the] Christ did not say this, his Father in heaven did not tell him to say anything like this, and it goes completely against Christ’s teachings of love, mercy, and forgiveness.

That passage at Deuteronomy was not spoken to anyone today.

Is The Mark of the Beast Here?