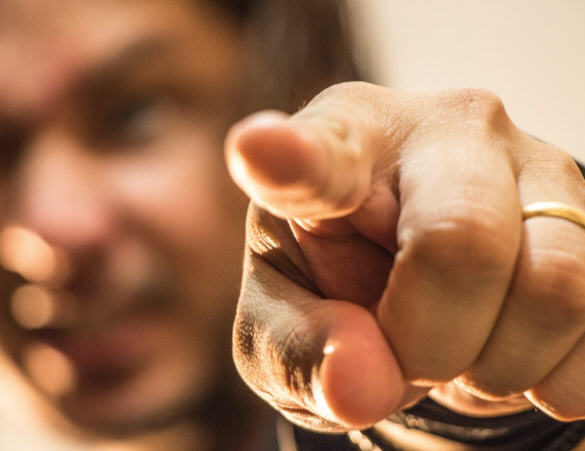 The Bullies of Christianity

There is a relatively new breed of so-called “Christian” in the earth that is aggressive, unkind, unloving, intolerant, judgmental, condemning, selfish, usurping and who lash out viciously at anyone who questions or challenges them. Yet, they claim that they follow Christ. Most curious.

They seem to be more interested in scaring people into repentance and acceptance of Jesus as one’s Savior than the exercise of love and setting a good example of what a follower of Christ is to be. They are more interested in pushing the agendas of the more than 33,000 contending Christian denominations than the teachings of Christ.

They are more interested in gaining acceptance of their religion – without question or challenge – from those they are trying to convert than steering persons to become disciples of Christ in order to be taught by him. (John 8:31-32)

They dispense teachings such as The Trinity, The Rapture, and Eternal Hellfire and dare any to question or challenge them. If you do – look out – they are coming after you like aggressive ravenous wolves, not like sheep-like persons.

Yet, 1 John 4:1 teaches that ALL expressions (things spoken or written by anyone) MUST be put to the test to see whether or not they are genuinely from God.

These persons do not want what they say and teach to be tested. They simply want it accepted.

Permit me to give you an example: There are many who have been indoctrinated to believe that Jesus is God. They really believe this and are sincere in their belief. Should one blindly accept this belief or should it be tested as directed at 1 John 4:1?

Well, it should be tested. But it is that testing that those who believe Jesus is God resent one doing. They go on the attack like a pack of wolves.

One such test and challenge to them comes from The Son of God himself. He asked the pointed question to his disciples that settle the question as to who he is. Jesus asked them at Matthew 16:15:

Simon Peter answered, “You are the Messiah, the Son of the living God.”

Did Peter answer incorrectly? No, he did not because Jesus says to him at Matthew 16:17:

Blessed are you, Simon son of Jonah, for this was not revealed to you by flesh and blood, but by my Father in heaven.

Yet, those who push the false teaching that Jesus is God ignore this simple question that Jesus asked and the ignore Peter’s correct response. They prefer not to be tested in this manner and have one believe Jesus is God when Jesus’ closest companions and men personally taught by him knew him as The Son of God.

It is an act of defiance on their part to push forward anyway and say and teach others that Jesus is God. This is the spirit of Antichrist.

Should this view be blindly accepted or tested? It should be tested. Everything uttered MUST be tested.

At Matthew 24:36, Matthew 24:42 and Acts 1:7 Jesus said it is not possible for any human, human agency, angel, or himself to know of such dates. That information is known only by The Father in heaven. Yet, the Watch Tower organization has published within its many publications and teaches this date. In other words, they are saying that they know what Jesus says they cannot know.

Members of that organization who question this teaching will find themselves disfellowshiped if they do not allow themselves to be readjusted.

A third and very simple example is when one teaches that the Bible is The Word of God. This too must be tested. Why? Because it is written at Revelation 19:13 that Jesus [the] Christ is The Word of God and not a book men named “The Bible.”

Yet, proponents of the Bible being The Word of God will fight you on this and claim that YOU do not know what you are talking about. To the contrary, if you maintain that ONLY Jesus [the] Christ is The Word of God, you stand on a truthful and solid foundation. Why? Because The Most High God at Luke 9:35 and Matthew 3:17 HIMSELF commands us NOT to listen to a book, but to listen to His Son, the one He chose and sent into the world of mankind:

Their conversations reveal them as false and not disciples of Christ. They are disciples of The Bible. There is a difference. One is The Word of God and the other is not. Both are not. They tend to always mention “The Bible” as saying this and saying that rather than saying “Christ,” says this and Christ teaches that.

The point that I am attempting to paint to the reader is that bulk religious organization of ANY sort stands before you and looms large like a classroom bully and seeks to take your lunch money. The lunch money, in this case, is your capacity to think and reason on your own.  Not only do they want your thinking faculty, it seeks to clog your ears and blow smoke in your eyes so that you cannot see clearly.

It also seeks to give you intoxicating drink (teaching) that sounds good but is poison.

If you step outside the boundary and high walls of confinement of their teaching, they will beat you down and make you think you are not worthy of God’s love because you are not like them.

If you do not bend, they will threaten you will eternal hellfire or a loss of eternal life. (As if they hold the keys of life and death themselves).

They are bullies and they are waxing worse.

As the days move on toward the end, these so-called Christians will be the source of tribulation for those who are faithful to Christ.

Stand strong and view Christ himself as your ONLY teacher and listen to what he says.

If someone tells you he is God and Jesus asked his disciples to tell him he is and their answer is “The Son of the Living God” then that is what we should believe.

Too, keep ever in your mind what the Apostle John says at John 20:31 concerning all that he wrote and WHY he wrote it:

If you see only with your eyes, you will be easy to fool. R. Jerome Harris 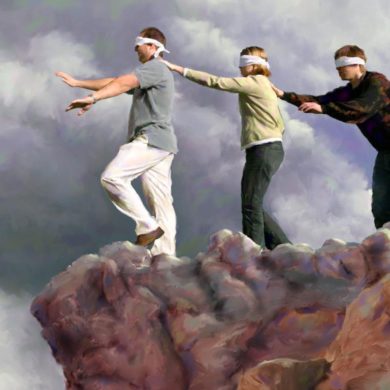