The last part of Revelation 1:1 reads …

He made it known by sending his angel to his servant John,

This shows us all involved in the revelation of Jesus Christ God gave him, including a man. All involved are (starting with the originator) …

who testifies to everything he saw—that is, the word of God and the testimony of Jesus Christ. Blessed is the one who reads aloud the words of this prophecy, and blessed are those who hear it and take to heart what is written in it, because the time is near. – Revelation 1:2-3

At Revelation 1:2, notice what the Apostle John was instructed to do: testify “to everything he saw …” What or who did John see that he was to provide a testimony or witness to? He saw the word of God and the testimony of Jesus Christ.

In other words, John acknowledged that the testimony of Jesus Christ – the revelation – was given to him by his Father in heaven. That the revelation are the words from God’s Mouth and they were given to no one else but His only authorized spokesman, His Son, Jesus Christ. Thus, this cements who alone is The Word of God, Jesus Christ Himself.

John also testifies or gives witness that the revelation Jesus received is indeed from the Father. Later, you will see that John was caught up in a vision and he saw or witnessed the giving of this scroll to the Lamb of God, that is, Jesus Christ, by his Father. (Revelation 5:1-5) You are going to be amazed when I get to Revelation Chapter 5. You will not read The Book of Revelation the same ever again.

At Revelation 1:3, we are told something wonderful that many to this day fail to grasp its power and importance. We are told …

First of all, we are told that the revelation from Jesus Christ that God gave him is a prophecy.

Secondly – and many people miss this – we are told “Blessed is the one who reads aloud the words of this prophecy.” Many think this applies to them. That just reading aloud from The Book of Revelation will bless them. This is incorrect. That is not what this means!

Notice that it says “Blessed is the one who reads aloud the words of this prophecy.” Ninety-nine-point-ninety-nine percent of the people of earth can read the words of the prophecy and not understand it. What good does it do to read it and not know what it means?

You will see later in this discussion of The Book of Revelation it is the angels themselves who read or declare from the prophecy. Later you will see that one powerful angel, in particular, will be entrusted with declaring the Good News or Gospel of God’s Kingdom to that future world after Christ’s kingdom ends.

So when the first part Revelation 1:3 says “Blessed is the one who reads aloud the words of this prophecy” it is referring to beings much higher than man, angels. Blessed or approved by God, are they.

The last part of Revelation 1:3 refers to us. It says, “and blessed are those who hear it and take to heart what is written in it, because the time is near.”

We are blessed or approved by God if we hear and take to heart what written in this prophecy.

Hearing requires effort on our part. Hearing is not passive, it is active. Hearing also implies someone is speaking, thus we must listen. Who is speaking to us? God’s Word, that is, His Son Jesus Christ. That is why God gave him the revelation and entrusted His words to him to ensure that that they are dispatched to that future world of mankind and it is understood by them.

At Luke 9:35, God Himself speaks and He gives this command with regards to his spokesman and Son …

So we are to listen to His Son.

Yet, hearing the prophecy alone is not enough to be blessed or approved by God. We must also take to heart what is written in the prophecy.

There is a lot here. Permit me to explain.

Taking something to heart means that to take something seriously; to internalize or live according to something. Therefore, to take to heart what is written in this prophecy means that we must also read it.

We are blessed and approved by God, then, when we hear Jesus Christ speaking to us in all of this prophecy as God gave it to him and when we take to heart what is written in it as Jesus dispatched the revelation prophecy to John via his angel and John wrote down the things he saw.

The prophecy – the scroll that no one was worthy to open except the Lamb of God – is right here in front of you. It is not understood by the majority if the world today. Many have tried to explain it and have made a mess of it. Not here. when you are finished with the entire discussion of this prophecy, you will know. It will be as if YOU were caught up in a vision and saw what John saw. You will see.

… because the time is near.

Before I proceed on with the discussion, picking up at Revelation 1:4, it is important that I show you a discussion Jesus had with his Disciples. That discussion will shed further light on this discussion of The Book of Revelation. 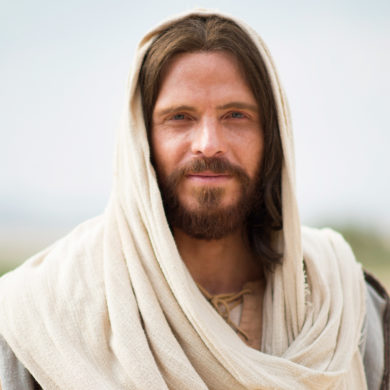