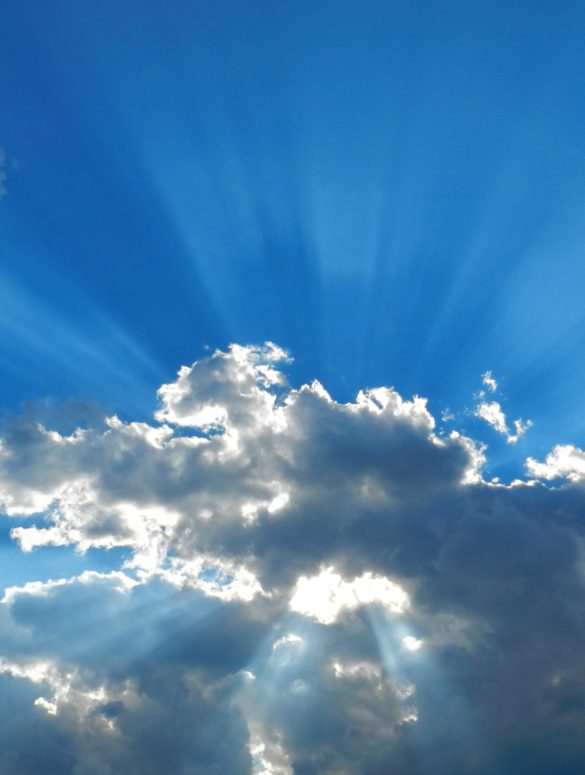 Shutting Up The Kingdom of the Heavens

Woe to YOU, scribes and Pharisees, hypocrites! because YOU shut up the kingdom of the heavens before men; for YOU yourselves do not go in, neither do YOU permit those on their way in to go in. (Matthew 23:13)

I was on a website that holds discussions where all persons: Jehovah’s Witnesses, ex-Jehovah’s Witness, and a wide variety of persons with different religious backgrounds can participate; anonomously if they want. There are many interesting topics and discussions.

I came across a topic dealing with shutting up the kingdom of the heavens. The gist of the discussion was about what is required to go to heaven and the Jehovah’s Witness teaching that only a few – a little flock – go to heaven.

There were persons in the forum who defended the Jehovah’s Witness view and there were persons from the other Christian denominations who believed that all who accept Jesus as their Lord and Savior go to heaven; and, that all others will be tormented in an eternal hellfire. There were persons accusing the Watch Tower organization of shutting up the kingdom of the heavens because of their teaching that only 144,000 go there.

As I was reading though all of the posts, I could see the depth of the damage done as a result of the misleading campaigns that have been going on for many hundreds of years by the religious system called by men, Christianity. I also saw a common denominator in all of the posts – no matter who was posting – and the common denominator in all was that humans will go to heaven.

All of them are in error. Why? Because Jesus never taught that humans would go to heaven. Jesus was clear in what he said at John 3:13:

Moreover, no man has ascended into heaven but he that descended from heaven, the Son of man.

What I find most intersting is that in spite of Jesus’ statement above, persons will scour the Bible to find proof-text to counter what Christ said at John 3:13. It is not enough for them to rest on what Jesus said. Jesus taught that no man has ever gone to heaven. The only man that has ever gone to heaven was the one who became a man and then died and resurrected and return to heaven. But not as a man, but in his original form when he was sent: An angelic spirit creature.

How Is The Kingdom of the Heavens Shut Up?

The answer is so obvious that many do not see it. At Matthew 6:9-10 the Master taught the proper things to pray for. He said that his disciples must pray in a certain manner. What manner was that? Look at the first two verses of that prayer:

YOU must pray, then, this way: “‘Our Father in the heavens, let your name be sanctified. Let your kingdom come. Let your will take place, as in heaven, also upon earth.

Notice verse 10, “Let your kingdom come. Let your will take place, as in heaven, also upon earth.”

In verse 10 Jesus is teaching that his disciples must pray that God’s kingdom come! Come where? Upon the earth!

If the religious system called by men – Christianity – (or any religious system for that matter) teaches that humans go to heaven, they shut up the kingdom of heavens. How so? Because God’s kingdom comes down to the earth! The lie that humans will or can go to heaven is just that, it is an untruth, a lie! Thus, the truth about the kingdom of the heavens is shut up or not taught!

It is like a person who knows the truth about a matter but he keeps it to himself; he keeps his mouth shut. He does not speak the truth.

Today, every so-called Christian denomination that I have gathered information on teaches in various aspects that humans will go up to heaven. This is an error on their part and this error has misled millions and has shut up the kingdom of the heaven from them in that they have not been taught the truth that “God’s kingdom will one day come down to the earth, so why would there be a need to go up to heaven?”

Implications of the Kingdom of the Heavens and the Promised Resurrection

Jesus made a startling and seemingly unbelievable statement concerning all of the dead (all persons born since Adam to include Adam) at John 5:28-29:

If there will be a resurrection of all of the dead, where will they be resurrected from? The earth! It will be during Christs future one thousand year kingdom over the earth that he will accomplish the promised resurrection. Thus, by the end of his kingdom, no one will be in a grave and none will be in heaven or will have ever been in heaven.

What many have failed to see is that Christs kingdom is a seed of God’s kingdom. Christs kingdom over the earth, when it arrives, will one day be planted in the earth and like a seed will grow and envelope the entire earth. The Devil will be imprisoned for the duration of that one thousand year growth period and will not be able to interfere with Christs adminstration over the earth and he will not be able to stunt its growth.

Christs definite kingdom that is yet to come to prepare the earth and all of mankind (that he resurrected and taught throughout that 1000 years) for what must come down: God’s perfect kingdom! The earth and all of mankind must be perfect and unblemished like a virgin bride in order to receive the perfect kingdom of God that will come down to them.

So no human will have ever entered into heaven in order to come down with God’s kingdom when it does come down to the earth! All of mankind dies and lay in the ground awaiting to be resurrected. None have gone to heaven, ever! Again, Jesus is clear on this at John 3:13.

So the promised seed of God’s kingdom – Christs future kingdom over the earth – when it comes, is what will bring back to life all of mankind as he promised. And, from there, the seed becomes a proverbial tree spread out all over the entire earth: A paradise. A world full of the knowledge about God, knowing good and bad.

The kingdom of the heavens is like a mustard grain, which a man took and planted in his field;  which is, in fact, the tiniest of all the seeds, but when it has grown it is the largest of the vegetables and becomes a tree, so that the birds of heaven come and find lodging among its branches. (Matthew 13:31-32)

Unfortunately, Christs future 1000 reign over the earth will be cut short; it must end. When it ends, another kingdom is supplanted on top of what Christ will have left behind: Satan’s Throne.

When Christs 1000 year kingdom over the earth ends, Satan is released from his prison upon the subjects of Christs kingdom in order to mislead them. No, he will not change the paradise conditions Christ will have established, he will operate within it and set up his beastly throne. I am going to show you several Scriptures that will help you grasp the importance of what will occur after Christs kingdom ends.

The first Scripture is found at Revelation 20:7-8. It shows what happens after Christs 1000 year kingdom ends:

Now as soon as the thousand years have been ended, Satan will be let loose out of his prison,  and he will go out to mislead those nations in the four corners of the earth, Gog and Ma′gog, to gather them together for the war. The number of these is as the sand of the sea.

Revelation 20:7-8 confirms Christs kingdom of 1000 years ending. Aftwards, Satan is released and he goes out into all of the nations (not countries as there will be no countries, but nations of mankind, languages, colors, etc) to mislead them. Collectively, all of the nations are symbolically called Gog and Magog. Gog being the kings (formerly with Christ) over them (Gog) and Magog being the subjects themselves.

The second Scripture is found at Revelation 2:13 and it shows that Satan will have a throne over the earth.

I know where you are dwelling, that is, where the throne of Satan is …

The third Scripture is found at Revelation 13:2. It shows that the throne (The Wild Beast) that Satan will set up on the earth in those future days gets its power and authority and throne from The Dragon (Satan) himself:

Now the wild beast that I saw was like a leopard, but its feet were as those of a bear, and its mouth was as a lion’s mouth. And the dragon gave to [the beast] its power and its throne and great authority.

Here is a slight-of-hand teaching from the Watch Tower organization: They teach – and as a former JW of 30 years myself, I used to teach – that Christs 1000 year kingdom was established back in 1914. In other words, we are about 1000 years into that kingdom. Yet, the Apostle John at Revelation 20:2-3 tells us that the Dragon is locked up during the 1000 years. However, the Watch Tower teaches that Satan is among us at present influencing the nations!

So the question I ask is, “Is Satan locked up or isn’t he? If we are already within Christs 1000 year kingdom and he is reigning as king, why teach that Satan is influencing the nations? Where is that condemned man that Jesus promised would be in his 1000 year paradise? His testimony would provide powerful proof to all of the world that we are indeed in Christ kingdom and that he is reigning as king!”

Unfortunately, none of what the Watch Tower has been teaching with regard Christs kingdom over the earth has been accurate. It is in gross error.

The Watch Tower along with all of what is called by Christianity has spun and taught one error on top of another and the inhabitants on the earth are completey “tossed about” like violent waves of the sea and they never come to rest – knowing the truth – and the kingdom of the heavens is shut up before them.

The masses believe in a “going up” rather than what is to “come down” to them.

And, all of Christianity – which is the great impostor – will continue to teach this “going up” to heaven in order to keep the masses misled and uninformed about the truth of what must come down to the earth: God’s Kingdom.

By doing this, they shut up the kingdom of the heavens.