This article is sure to rattle many cages. Why? Because many believe that they are (present-tense) saved. Few have yet to understand the notion of “will be saved” (future-tense). The notion of “I am saved” is what many have been taught by the religious monstrosity called by men, Christianity.

The many who believe they are saved actually do not know what “being saved” is. They make an emotional attachment to the expression and leave it at that. They enable one another by using such expressions “Are you saved?” without knowing what it means.

I don’t care what you say, I am saved!

In other words, she does not care what Jesus says. It was convenient for her to make it appear that I am the one who is saying that she is not saved. It is a clever way to put ones head in the sand and not consider what Christ said on the matter. Many simply do not want to know. They do not want to know the truth. They do not want their world rocked. They prefer the lie over the truth as Jesus spoke it. I am always amazed at the extent many will go to fight and resist what Jesus taught on the matter in preference to what they are being told in their respective religious organizations. If Jesus says down, they will say up.

To many, being saved is simply a matter of accepting Jesus as Lord and Savior. Yet, none of these persons can show where Jesus said that accepting him as Lord and Savior was a prerequisite of being saved. In fact, neither Jesus or his disciples used such an expression. Jesus never used the expression saved in the present tense, he used it in a future tense and there are prerequisites outlined.

What Did Jesus Say Concerning Salvation?

As far as I am concerned it does not matter what any religious system or religious organization says or teaches about salvation. What matters is what Jesus taught about it. Is it not The Son of God that the Most High God said we are to listen to?

At Matthew 10:22 Jesus speaks these words:

These words are loaded with information that show that NO ONE is in a saved state today.

First ask yourself, “Are all Christians hated today?” The answer to this question is obviously, no. Yet, Jesus said that his followers would be hated by everyone. There are more than 41,000 so-called contending Christian denominations in theworld and many of them hate one an other and have and still are engaed in deadly conflict and war with one another. Example: The Prostestants and Catholics in Ireland.

Jesus was speaking of a future time period (many hundreds of years in front of us) where his followers would be hated by everyone. That time period is not at present.

“The One Who Stands Firm To The End Will Be Saved.”

The above words by Jesus nulls and voids any teaching and claim that persons are saved today. How so? Because Jesus connects faithfully ands successfully enduring or standing firm through that intense period of hatred with being saved. In other words, one is saved only and AFTER they have endured to the end.

So this prevalent notion and misleading and false teaching that persons are saved today is not from Christ. It is spun from men who claim to be followers of Christ but have proven false to his teachings because they are NOT listening to what he taught about the matter. (Luke 9:35)

When a person passes the great test yet to come, what will they be saved for? What I am about to state fills in the vagueness that exist among many who have no clue what it means to be saved.

Therefore, as servants of Christ we (his followers) will undergo the same types of things he went through: Being brough before tribunals, persecutions, beatings, slander, being hated, and being put to death.

Any who seek to side step such things are essentially saying that they are greater than the Master and are proving false to Christs teachings. Any who seek to escape such things by complaining to the legal authorities are proving false to the teachings and showing a lack of faith in God and Christ. Never did Christ complain to the Roman authority or try to avoid being executed.

If you find yourself a constant complainer to the governmental authories or legal authorities about the things you are suffering, then I would ask myself, “Who am I? Did not Christ say that his followers would suffer such things?

What About That Future Time Period of Standing Firm?

Again, I refer you to Matthew 10:22 (also see Matthew 24:13) where Jesus mentions a time period where everyone will hate his followers and that if his followers faithful stand firm throughout that time period, then and only then will they be saved for eternal life in his Fathers kingdom that comes down to the earth.

Christs kingdom is a definite one: Meaning that it has a beginning and an ending.

God’s kingdom is an indefinite one: Meaning that it will not end and is everlasting.

Many find it hard to believe that Christs kingdom has an ending. Many have not been taught this and thus never even consider it in discussions about what they believe. Yet, it is critical that they factor it changes what they have been taught about going to heaven or to a fiery-hell.

That Christs future kingdom ends can be seen at Revelation 20:7-8:

When the thousand years are over, Satan will be released from his prison  and will go out to deceive the nations in the four corners of the earth—Gog and Magog—and to gather them for battle. In number they are like the sand on the seashore.

Yes, this is referring to Satan being imprisoned for 1000 years it also implies the reason why? Because Christ will have a kingdom over the earth for 1000 years and Satan will be inactive and unable to intefere with its administration.

But note that the 1000 years ends. When it ends, Satan is realease upon new nations of people all united taught and united by Christ when he was king over them for the 1000 years.

Christ 1000 year kingdom will resurrect all of dead mankind born since Adam to include Adam.

That is why Jesus could say at Matthew 10:22 – to his disciples who have now been dead almost for 2000 years now – that YOU will be hated by everyone. Why? Because those persons way back then will be resurrected back to life again during Christs 1000 year kingdom over the earth!

It will be those united-under-Christ new nations of people (Gog of Magog) who will be deceived by Satan and THEY will turn on their own Brothers; the ones who remain faithful to Christ. This sets up the situation Christ referred to at Matthew 10:22 that “YOU will be hated by everyone.”

Satan will deceive that future world.

So the time period that will call for standing firm to the end is not at present, but in a distant future world on the earth after Christs 1000 year paradise over the earth comes and goes and Satan sets up his throne over the earth. It should be noted that Satans throne will not change the beauty of the earth in those days. In fact, Satans throne (The Beast) will be one of “peace and security” for all who support (worship) it. Many will view Satan’s throne as invincible and undefeatable:

Revelation 13:4 says of Satan’s throne in those future days:

People worshiped the dragon because he had given authority to the beast, and they also worshiped the beast and asked, “Who is like the beast? Who can wage war against it?

What end is Christ referring to at Matthew 10:22? He is referring to the end of Satan’s throne (Beast). Why? Because it will be the last throne to ever exist on earth before God’s kingdom comes down to it. There will be no other kingdoms other than God’s kingdom.

So our faithful endurance and standing firm – even to death –  must be throughout the duration of Satan’s future throne over the earth. If one faithfully makes it through that, they will be saved for entry into God’s everlasting kingdom on earth. They inherit the earth forever! (Matthew 5:5)

What is called by men, Christianity has failed miserable to teach people the truth about God and Christ. Instead, it has opted to carve out for itself a name and reputation for itself and teaches people “religion” rather than “the truth.” Just because it mentions Christ does not mean what they teach is from Christ or that its members are Christs followers.

Christ made a sobering statement at Matthew 7:21-23 that shows that many will claim to be his followers (self-proclaimers), but he will not recognize them as his sheep.

See what this is: These are millions of persons who proclaim for themselves that they are Christs followers. Yet, it is Christ who makes that determination.

So if one carefully considers what I have written above and listens to what Christ says about salvation, no one today is saved. We all exist in a period of grace or kindness by God and Christ that we ourselves did nothing to deserve.

It is only after we have faithfully endured through that future time period when Christs 1000 year kingdom ends and Satan establishes his throne (Beast) upon the earth that one is saved.

No one is saved today.

If you think you are saved, ask yourself, “What have I endured to the end (when the end is not arrived) to be given the status of “saved?”

I don’t know about you, but I humbly submit to my God and Master that I am not “saved” and that I must die and be resurrected by Christ, live through Christs 1000 year period to its end and then faithfully endure through Satan’s throne (Beast) which could last for hundreds of years.

It will be within Satans throne that the Great Tribuation and Armageddon will occur.

Sadly, what is called by men – Christianity – spins a simplistic fable about all of this and have been successful in diverting the truth away from the masses.

It serves Satan’s mission of world-wide deception through religion. 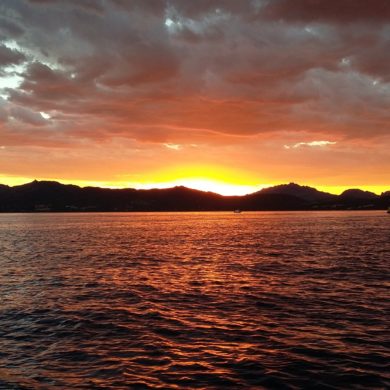 Blessed Are The Meek, For They, Will Inherit the Earth