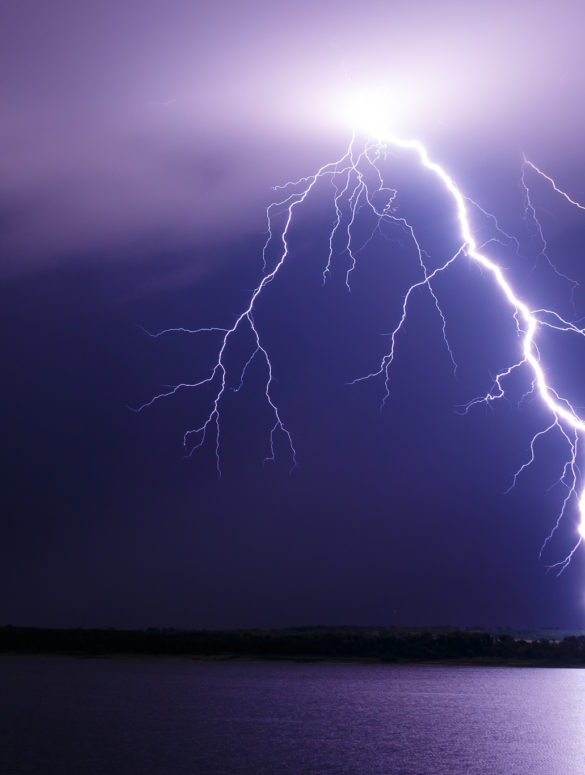 The Power of the Truth

In this world, it does more repelling than attracting. Jesus alluded to the fact that his kingdom is no part of this world. (John 18:36)

That should tell us all what this world – and all in it – is not: It is not of God and Christ. Not one element in it is of Christ. Not even the religious system called by men, Christianity.

Any who are truly Christs disciples would listen to what Christ said and realize that one just cannot set up religious systems and the organizations within them and claim them to be of Christ. If Christ said that his kingdom is no part of this world, that is what he meant. Religion – all of it – is a part of this world. It is easy for the religious system called Christianity to say that it is no part of the world, but the reality is that it is very much a part of the world. This cannot be denied.

For example, when Jehovah’s Witnesses get married, they exchange rings like all of the other so-called religious organizations. This ritual is not in Christs teachings and, in fact, it is a pagan ritual. Its members – like all of the other so-called Christian organizations – call themselves Christians. Jesus never used the expression Christian. He never called himself Christian, he never referred to his disciples as Christians and his disciples never referred to themselves as such.

Jehovah’s Witnesses engage in the water baptism ritual like all of the other so-called Christian organizations. They too follow the baptism of John the Baptizer (with water) and not the baptism of Christ (with Holy Spirit). (Matthew 3:11)

Witnesses – like all of the other organizations – portray Adam, Eve, Angels, Jesus, Moses, Noah, The Prophets, The Apostles as persons of European descent; the lie that came from the Dark Ages and Renaissance periods.

And the Watch Tower organization has been – and still is – a predominately White man’s club as far as its leadership at the top; just like all of the major so-called Christian religious organizations.

People, something is wrong with all of it. Does anyone really think God told all of these religious organizations to do this? I do not believe so. Personally, I would rather die than worship men. But the religious system called by men Christianity is all about power and control of the masses and the deification of a partcular race among the human family. And, my conscience no longer permits me to have any part in it. I worship God and serve the Messiah who is my master and he they are not White people.

The most populace and all encompassing element within this world is the religious sysem called by men, Christianity. It is like a virus that is hooked into and connected into everything. So to say that it is of God and Christ or the container of truth is a stretch of the imagination.

Christ said only a relatively few would actually member themselves to him and learn from him – as his disciples – and then KNOW (not believe), but KNOW the truth. (John 8:31-32)

Jesus also showed that a MAJORITY would be on the wrong path and only a few on the right path. Jesus said at Matthew 7:13-14:

Yet, it is this very truth spoken by Christ that Christianity in all of its bulkiness, contends with. It is actually an opposer of Christs teachings.

The Dark Ages and The Renaissance

When information and truth suppression was engaged in by the European for 1000 years – the period called the Dark Ages – he had all of that the time to create a lie. As one generation left and another came it, the lie became the truth and the truth, the lie. Darkness become light.

When the 1000 year Dark Ages period ended – and the lie perfected – the European decided to usher the world into a “New Way.” In history books we know that time period as The Renassiance. Mind you Black and Brown people were not a factor or consideration. The lie would later be imposed upon them; in many cases, violently.

A New Way, according to who?

Approximately forty years before the end of the Dark Ages a man by the name of Johannes Gutenburg created the printing press and the first book printed was the Gutenburg Bible. Now one must think: The Catholic Bishops and others where heavily engaged in information and truth suppression. We can see this in the many councils they formed to dictate and decide for everyone else what the truth WILL BE and any not accepting it should be put to death.

What happened in these councils? This: All of the religious teachings within Christianity was formulated within these councils. It is here that Christs teachings – the truth – were altered. And, to this very day, the lie is being taught; and, information and truth suppression is still being actively engaged in and headed up by the religious system and impostor, Christianity.

Now, does anyone think that these Bishops in the councils mentioned above – who took 1000 years creating the lie – would allow Gutenburg to print the truth that they had been suppressing?  Absolutely not!

That means that the Bible that Johannes Gutenburg printed had to be filled with everything these Bishops fabricated during that 1000 years of information and truth suppression. And every Bible we have had since then, has been a variation of the Gutenburg Bible.

The variation of a lie is still a lie.

Today the lie is so prevalent that almost everyone I speak with – claiming to be a follower of Christ – believe that “The Bible” is The Word of God. Mind you: A book created by men! Christ – to them – has become “Chop Liver” in a sense. He is not looked upon as the one and ONLY and EXCLUSIVE “Word of God.” A book is!  And, it is being defended as such. That is the result of the lie fabricated within those councils.

What I find most interesting is that the many so-called “Protestant” religious groups do not view the Catholic Church as the true Church. In fact, many of them have proclaimed it as antichristian. Yet, the very things that those Protestant branches teach, come from the Catholic Church and from the councils mentioned above. So THEY have accepted the lie without acknowledging that they have.

The persons KNOWING the truth are discreet. They do not engage in suppressing it. They know that in this world, this truth will not be popular and the world at large would reject it just as it rejected the one who taught it, Christ himself.

The persons KNOWING the truth will not be popular either, yet they would not be seeking popularity anyway. They only seek the approval of their Master, Christ.

The persons KNOWING the truth would obey the Creator of the heavens and the earth in what He declared at Luke 9:35:

The persons KNOWING the truth would never stand up next to their Master anything – not even a book called the Bible – and call it The Word of God. They KNOW who the Word of God is and he is their master.

Yes, the truth will repel those who chose to remain in the dark. It will attract a few who know that something is not right and who want to be enlightened.

The truth also has as its enemy the lie. The many who carry the disease of the lie WILL hit at the truth and then run away. The carriers of the lie are like bullies. They see the innocent ones that they can prey on. So they form their groups and descend upon them. The bully is all about exercsing power and control. This shows fear and weakness in the bully.

I have always maintained that the truth does not need defending. The truth has the power all by itself to stand on its own. Jesus showed this much at Revelation 1:16 that what protrudes out of his mouth is like a cutting two-edged sword.

In his right hand he held seven stars, and coming out of his mouth was a sharp, double-edged sword. His face was like the sun shining in all its brilliance.

As a man of African descent, I would have to be suffering from an imposed mental impairment if I believe that Adam, Eve, Angels, Jesus, The Prophets, The Apostles and others are like they are being portrayed in art, film, literature and religion as persons of European descent!

My thinking is this: If some one broke into my house and took hold of my family and raped my wife, killed my brothers, took my sisters out back and raped them and hung them from a tree by their necks, why would I want accept his religion? Why would I think that his religion is right for me?

Well, that is exactly what happened to Black people. We have accepted the impostor religion of the ones who oppressed us and treated us harshly. We even defend it.

Not only that: Black people all over the world show more appreciation and love for the European man and a people called The Jew than for what is African. Why? Because Christianity got a hold of us and groomed us to think in this manner. We think that we are on the right path.

Though what I have just stated is a hard truth, many find it difficult to bear and accept. Yet, deep down they know it is the truth. They would rather have you move on and not speak of it. Thus, that repelling effect that the truth has.

Christianity and its vast membership will NEVER speak the truth. Why? It is simple: The truth is not within it.

There is a God (Creator) and a Messiah, but they are NOT as the 1000 year Dark Ages have fashioned them and taught them. Not even close.

The world today is so dark that it visualized Jesus as a man! A White man at that. The Son of God is not flesh and blood today! He resides in a realm that we cannot see – a heavenly realm – where flesh and blood cannot reside. He is invisible and he cannot be seen with the physical eye. Since he and God are spirit creatures, they can only be seen with the eyes of faith. Something widely spoken of but not understood or practiced. (Hebrews 11:1)

That Christ is the truth (John 14:6) and that he cannot be seen, then the truth does not exist in what we can see with the physical eye; such as: Religious organizations or a book called “The Bible.”

There is no power in those things.

There is power only in the Creator and the one he gave His Word to tell the world about: His son, The Christ, the ONLY Word of God.