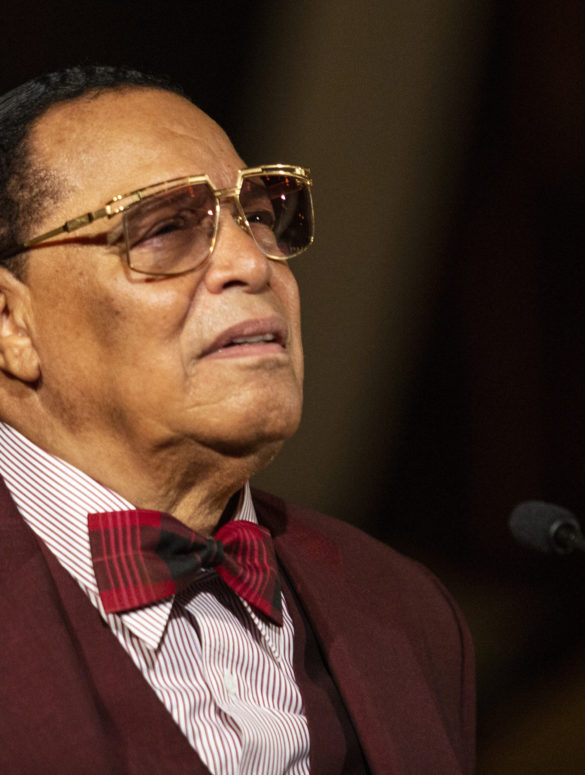 Louis Farrakhan, A Victim of Christianity?

Yesterday, on YouTube, I listened to a stirring and emotionally-driven one-hour sermon that The Honorable Louis Farrakhan of The Nation of Islam gave before an audience of Black Muslims and Black Christians. He was invited – along with many other – prominent Black Ministers and Pastors to participate in a conference to discuss issues plaguing African Americans and issues of religion.

Note: Yes, I referred to Mr. Farrakhan as “honorable” out of respect. I view him as a very intelligent man who is able to explain “The Bible” better than those claiming to be Christians can. While I do not agree with everything that he says, I agree with a great deal of what he says; and not neccessarily only on the issue of religion, but with race in America. I do not care about his past or those who dislike him (None of us are spotless or good according to Christ). This Brother has the courage to speak what he feels need to be said, and I admire that. I personally can identify with that. I perceive that he isn’t trying to get the world to love him or agree with him. I feel the same way. The love of my God and Master is far more important to me than acceptance and love from others in this world which is full of haters; many who come in the name of religion.

When it was his turn to speak, Mr. Farrakhan set himself on a common ground with the audience by saying he was both a Jew (in a spiritual sense), a Christian, and a Muslim.

He began talking about a serious lack of spirituality and “true” teaching with the Black Church and the “packaging and marketing” of Christ within it for monetary gain. He also went on to speak of the Black Church as being a sellout, and one that is in fear of powerful politicians and afraid to speak out against injustices no matter who commits them. He spoke of the Ministers of the Black Church as being more concerned with appeasing the political powers “that be” rather than speak against it when it does an unjust thing. He referred to Black Ministers as being “prostitutes” who are in bed with the political system and its corrupt leaders.

Then he began to speak about Jesus. Mr. Farrakhan articulately, artfully, and – at times – truthfully spoke about Jesus. He spoke of Jesus’ imminent return as being very soon now and that we are in the last days and America will be harshly judged. He began to delve more deeply into Scriptures that spoke of Christ’s return – namely Matthew Chapter 24 – and he then said that “these are the signs of Jesus’ return.” And he quoted Matthew 24:3-13 without the aid of the Bible.

It was at this point that I realized that Mr. Farrakhan was a victim to what is popularly taught within the system of religion called by men, Christianity. The Devil Is In The Details and that is where many are not looking: The details. And no, I am not saying that Mr. Farrakhan is a devil (I say that for you haters). He is a man.

Those of you who visit this website and have read my article Are We In The Last Days? know that I emphasize that Jesus’ disciples asked him about the sign (a single event) of his coming and the end of the age, not signs (a series of events). At Matthew 24:3, they asked him:

As Jesus was sitting on the Mount of Olives, the disciples came to him privately. “Tell us,” they said, “when will this happen, and what will be the sign of your coming and of the end of the age?”

So when Mr. Farrakhan who proclaims himself full of God’s Holy Spirit, one who is articulate, who is intelligent, confident, stumbled on this point of teaching, I knew that he was an unwitting victim of the religious system who had physically enslaved my people and who today has enslaved our minds. It is not his fault and neither is it the fault of those taken into captivity by that religious system.

I saw him in his speech artfully and skillfully cast out his line with unwitting bait and hook, waited until those listening were attracted to his words, and when they swallowed them, he reeled them in.

Note: In the Garden of Eden, the fruit of the Tree of the Knowledge of Good and Bad was not literal fruit as we think of fruit today. But rather, the fruit was words. When the woman Eve allowed herself to be deceived by the Serpent by listening to him, she swallowed or ate what he told her. In turn, when the woman Eve relayed to her husband Adam what the Serpent told her and he listen to her, he too swallowed or ate. So, both Adam and Eve ate or digested the words of the the Serpent. There was no literal fruit. Likewise, when Ministers, Preachers, Pastors, Elders, and the Pope speak about God and Christ and if the people listen to them, they swallow or eat the fruit of their lips. (Isaiah 57:19 and Hebrews 13:15) No wonder God commanded us to listen only to His Son. (Luke 9:35)

The lesson in this is: Listen to what Christ says. He is alive and able to teach us invisibly from heaven via Holy Spirit. Listen to no man or woman as Teachers of Christ over us. Why?

Because men and women love to claim themselves as being leaders and teachers over us. Many of them speak well. Many of them are able to move us emotionally, which is a dangerous thing because emotion is the enemy of reason and clear thinking.

But primarily because Christ says that his followers have only one Teacher and that he is that Teacher. (Matthew 23:8 also see John 13:13)

But you are not to be called ‘Rabbi,’ for you have one Teacher, and you are all brothers.

Listen to Christ but put to the test all claiming to teach him. (1 John 4:1)

We are to listen to Christ. He said he would ask his Father in heaven to send us Holy Spirit after his ascension. This is how he communicates with his true disciples and teaches us today. It is not by books or the words of men and women. (John 14:16-17 and John 14:26)

The Most High God had already chosen and authorized the one who would be his mouthpiece and that one did not come from the earth. (John 8:23, Luke 9:35, Matthew 3:16-17)

Whoever has ears, let them hear what the Spirit says to the churches. (Rev 2:29)

Sadly, the ears of many are blocked or in tuned to listen to everyone else, but the Spirit that would come from the Father in His Son’s name directly to those who ask for it.

That Spirit cannot come through things such as men, women, and books as those things would be another way and the message would not be the truth.

So, Jesus – the one God choose and authorized to be His mouthpiece – and the only way by which those who ask for Holy Spirit from the Father can receive it, is the truth.

Everything else presented to us as if from God from sources other than this ONLY CHANNEL, no matter how good it sounds, will be false.

A false thing spoken or presented can have truthful elements in it. The Serpent spoke a lie to the Woman but he also peppered his lie with some truthful things.

When Jesus was in the wilderness and the Devil tempted him there, he spoke many truthful things to him and even quoted Scripture. (Matthew 4:1-11)

Yet, Jesus warned that after his ascension many would come TRUTHFULLY declaring and teaching that he is the Messiah, but would deceive many.

Watch out that no one deceives you,5 For many will come in my name, claiming, ‘I am the Messiah,’ and will deceive many. (Matthew 24:4-5)

It is vital that we recognize who the source of truth is. It is not books, or men or women. That source cannot be seen, tasted, or touched. It requires a rock-solid faith to be opened up as a vessel to receive it and benefit from its wisdom, knowledge, and understanding.

It will tell you that listening to books, men, or women claiming to be a source of truth from the Father, makes you an adversary to the Father and the one He sent.

You will have to make a decision. A very difficult decision: Listen to those persons or things or listen to His Son.

CAUTION: If you decide to listen to His Son (by which the Holy Spirit comes to us), you are automatically engaged in a spiritual war. That war involves contention between who or what is the Truth and The Word of God: A book (called the Bible), men, women, or their religious organizations, or The Christ. 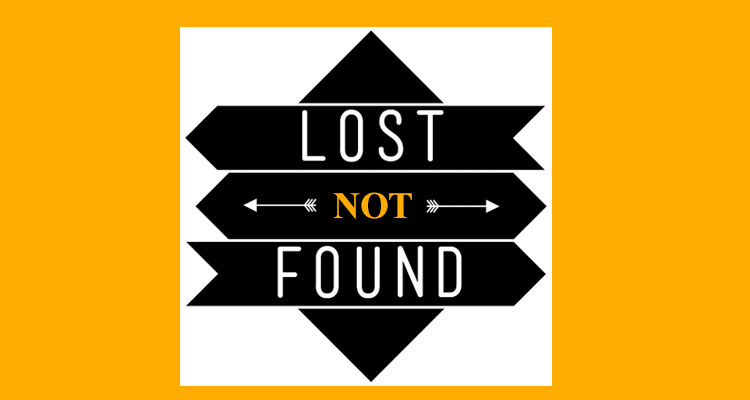