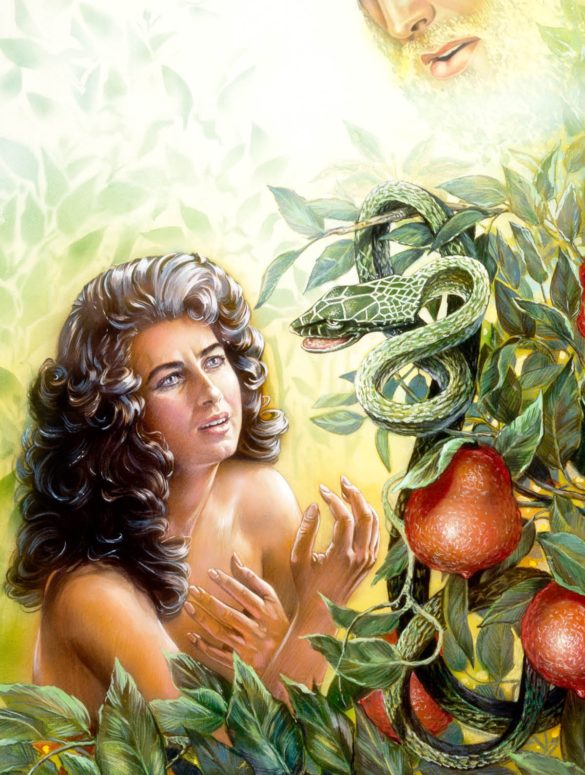 What did Adam, Eve, Angels, Moses, Noah, The Prophets, The Apostles, Jesus and God look like? See below:

Have you been taken in by the massive flood waters that have you visualizing Adam and Eve, Jesus, The Prophets, The Apostles and others as persons of European descent? Have you been engulfed by the powerful under currents of these flood waters that have you visualizing what cannot be seen – Angels, God and Christ – as flesh and blood creatures? Even as persons of European descent?

Out of his own mouth Jesus said at John 4:24 that:

Can anyone see a spirit. The Apostle Paul tells us at Col 1:15 that God is invisible. Therefore, a spirit is invisible. Also to mention what Jesus said at John 1:18 concerning no one ever seeing God.

The Son of God ascended back into heaven and exists there in his natural form as a spirit like all of the angels who are also invisible. Thus, it is improper to visualize the living Son of God today as a flesh and blood entity. The images of him as a White man are false. And, let’s suppose he did look like that,what ascended into heaven was not a flesh and blood man, but an invisible Son of God. So Christ should not be visualized or remembered as a baby or a human being. he should be visualized as he exist NOW! As an invisible spirit. Therefore, it requires faith on our parts to believe in him as we cannot see him.

Concerning portrayals of Adam, Eve, The Prophets, The Apostles, Demons and even The Devil; no human today or in this modern age has ever seen these persons to portary them in any fashion. And since demons and the devil are angels, they are invisible sons of God.

The Problem: Religious organization is selling the world a bill of goods and making it full of non-thinkers, non-questioners, ignorant and persons with mental impairments. The mental impairment is what prevents so many from reasoning and thinking. This impairment makes them lash out emotionally; and this emotion is a drug.  The emotional state many are indoctinated into is what causes them to attack the person bringing them the truth, rather than focusing on the topic at hand – which many of them ignore. “Get the person” rather than listening and examining what he has said. Jesus faced a similar situation. Rather than examining the truthfulness of his words and claim to be The Son of God, the Jewish Religious leaders went after him, the person. The religious system called by men – Christianity – mimicks the actions and conduct of those religious leaders in Jesus’ day. Christianity is actually bloodguilty and has the blood of millions on its hands. Yet, it is the first to point a finger at the “other religious” groups as being terrorist. There has been no greater human terror on the  earth than Christianity. It has engaged in the African Slave Trade, The Crusades, The Spanish Inquisition, The Salem Witch Hunts, WWI, WWII, The Korean War, The Viet Nam War, The Gulf War and the conflicts today. It was a so-called Christian nation that unleashed the most terrible weapon upon another nation: The atomic bomb. The mentally impaired – then and now – think they do a good thing. They have fashioned a god in their likeness and this god goes before them in war, in false words, and deeds. This god is a White man with long hair in a white robe who says with his mouth “peace on earth” but inside his heart has been nothing but “war on earth.” This god has been given the same of Jesus but it is not the true Jesus and Son of God. It is an impostor.

This is more than a sickness, it is a mental impairment of pandemic proportions. And, those who seek to be true disciples of Christ need to remove themselves far away from such thinking before they are drawn in. Unfortunately, many have already been drawn in and it is a very difficult thing to reach them and get them to think that something has a hold of them.

Because one wants to believe that Adam and Eve were White people – for example – or Jesus was a White-blue-eyed-long-haired gentlemen, does not make it true.

The world is being misled in a very bad way and the shackles of deception are so tight upon individuals, it is very difficult to unlock those shackles and free the persons mind.