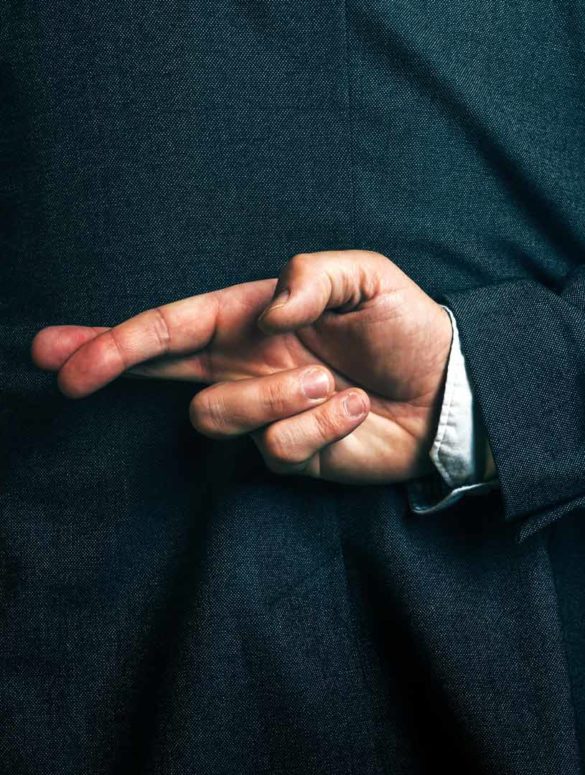 Who Is A Liar?

1 John Chapter four is a most interesting read.

1 John 4:20 is a most particularly interesting utterance by the Apostle John. It is a verse not many within the religious system called by men – Christianity – spend a lot of time on pondering, discussing or practicing. Why?

Because it shows many of them up as hypcrites and as persons paying “lip-service” to their pretense at worshiping God and giving service to the Master, Christ.

No, there are not too many sermons given on 1 John 4:20 by the more than 41,000 contending denominations with the Christian religious system. And, those who do give sermons on it still misapply it. Let’s take a look at 1 John 4:20.

This is how it reads:

Whoever claims to love God yet hates a brother or sister is a liar. For whoever does not love their brother and sister, whom they have seen, cannot love God, whom they have not seen.

How many people do you know that claim they love God? How many of those people condone, support or involve themselves in warfare between the nations?

If I were to use The United States government as an example: Typically American citizens are expected to show a measure of loyalty to the “American Way of Life” and policies of the U.S. government. Nothing wrong with that. However, when one attempts to reconcile the teachings of Christ with loyalty to their government and they allow their government to pick THEIR friends and foes for THEM, a problem presents itself.

All government on the planet is clever in that it intentionally merges God into it’s policies and sells the idea to its citizenry that God is with that government. By doing this, a government can justify war, spying and other heinous activities upon those that it declares as its enemies.

Those who are citizens of those governments “automatically” go along with it all because they are either loyal and patriotic citizens or they know that they are expected to be.

It is not for naught that there are churches on every street corner in American society. They are a part of the “American Way of Life.” They serve as enablers to the polices of government. Few of them act a moral agents against evils perpetrated by government upon others.

The Apostle John’s words at 1 John 4:20 “Whoever claims to love God yet hates a brother or sister is a liar” is a powerful expose and commentary of the evils of government, the hypocrisy of the religious system called by men Christianity, and its vast membership.

Who Is A Brother and Sister?

Christianity does not teach the truth, it bends it to serve an evil agenda. This religious system spins and teaches 1 John 4:20 to love only those who believe as it does. In other words only those who have their made-up label “Christians” are brothers and sisters. (Neither Christ or his disciples ever used that expression. It is man-made).

The truth of 1 John 4:20 is that is that ALL of mankind makes up a family and ALL are brothers and sisters because ALL of mankind came from Adam; and Adam came from God. That “relates” all of us.

That the world today is so full of religion one would think that it would be a safe and peaceful place to live. Yet, the truth of the matter is that is just the opposite: A very dangerous and unsafe place to live in. Thus, religion has been ineffective in producing good product: Good fruitage in men and women.They are all bad trees that will be cut down at the root never to grow again.

Religion is inheritently divisive. It might “speak” of “love and peace” but what it does is an entirely different matter. They all claim love of God, yet hates their fellow man (brothers and sisters) over differences of skin color, language or religious beliefs. (Just to name a few)

Yet the merger of government and religion is an interesting anomaly. Government needs to play a delicate balance between unity and divisiveness within it’s citizenry in order to carry out its evil policies upon members of the human familiy that it makes or considers its enemies.

How does it do this? By allowing religion – and in particular Christianity – to freely exist. Government tolerates religion allows it to clothe its membership with a selfish and psuedo moral covering that hems them into ONLY those who are like them (Americans, Christians, etc) and one that wears off not too long after they depart the church building.

This “brand” of Christianity really says, “God Bless Us and No One Else.” When this mentality is created and becomes a part of the “Way of Life” it becomes very easy to look at people within the different lands as enemies because they are not “like us.”

Yet, the Apostle John shows that ANYONE who declares that they love God but hates a brother or sister is a liar! Before some of you go on about complete and total loyalty to the governments (right or wrong), I have news for you: If you think that way then the government is YOUR master, not Christ.

So what does that mean for the billions of persons claiming they love God but hate their fellow man? That your worship to God is in vain and that you cannot be possibly loving Him. You give lip-service about love.

For those who believe that Jesus is God, you shoould consider something The Apostle said at 1 John 4:12:

No one has ever seen God …

So all of the false portrayals of Jesus as a man of European descent and the teachings about him being a part of a trinity and being God fall into the category of error and lies.

These things should raise high a red flag and they should assist one in identifying what Christianity is: It is a liar. A strong statement I know. A statement that will offend many, I know. But it is the truth!

Christianity has NOTHING to do with the teachings of Christ. Yes, it mentions him and it uses the Bible, so what! Those things are not indicators of discipleship to him. Jesus foretold the coming of many truthfully declaring that he is the Messiah, but will deceive many. (Matthew 24:4-5)

The identifying mark of true discipleship to Christ is given in the New Commandment Christ left with his followers. Aparently, the Apostle John understood well that commandment because it ties in perfectly with what he said at 1 John 4:20.

Christ demonstrated his love for those who where not his followers. He even gave up his life for the ENTIRE world of mankind. He would not have done that if he did not love the world of mankind and did not view all in it as his brothers and sisters. Jesus said at John 15:13:

Greater love has no one than this: to lay down one’s life for one’s friends.

Do not be fooled by the word “friends.” One must consider how Christ viewed who as friends, not as WE do. Christ viewed ALL persons as friends of his even if they hated him. Look at the wisdom in that! The persons who hated Christ and persecuted him will be resurrected. Imagine the impact it will have upon them to know that the person who they persecuted died for them so that they might live again! Do you not think that their hearts will turn from hate to love for him! That my friends, is how you win persons over: By love.

So the next time you go to church, synagogue, mosque or kingdom hall look around you and know that your brothers and sisters are much more than what you see around you. 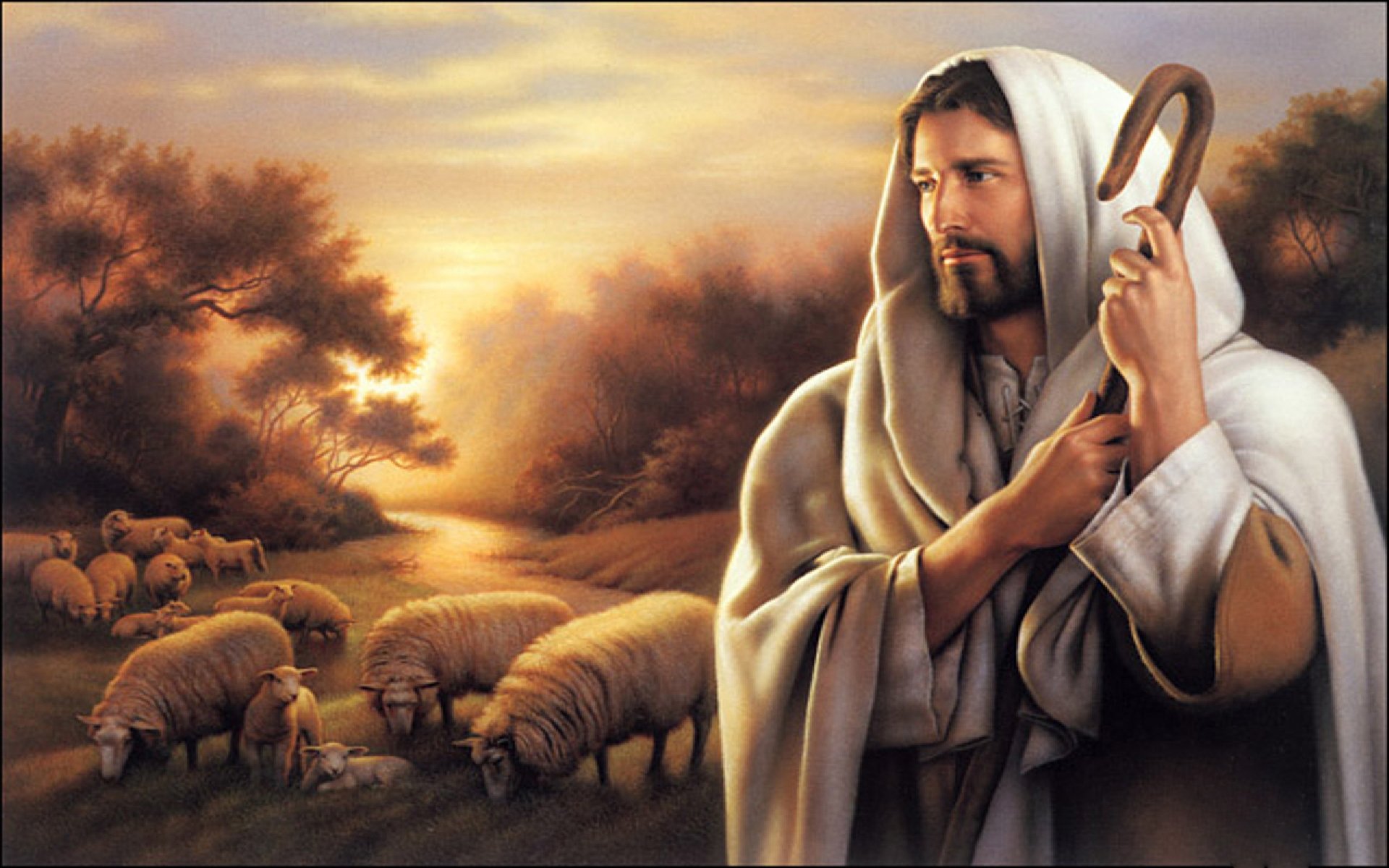 Jesus [the] Christ or The Bible