Jesus [the] Christ or The Bible

A subtle and demon-inspired war that has been waged “out in the open” and right under the nose and of those who feel that they are “saved,” safe and followers of Jesus. This war is waged for the purpose of deceiving an entire world of professed believers and mislead (misdirect) them away from the truth about God and Christ. What is the contention? Jesus [the] Christ as The Word of God versus The Bible as The Word of God.

They are being led to a book.

For example, Jesus himself can say something and there will be someone who will counter, “But the Bible says this and that.” Here is the problem: The Bible is NOT The Word of God.

I have had individuals rightly critique what I write on this website; some of them will say, “Brother, you need to study the Bible more.” I respectfully disagree. Why? Because Jesus called his followers to be his students or disciples. A book is not to be followed or viewed as some final authority or elevated to a lofty and holy position where it does not belong. I could have easily said to that person, “Brother, you need to study Christ.”

Where Did The Bible Come From?

A question often times skirted over. The Bible is not from above. It is of the earth and therefore of men. The scrolls contained in the Bible were dug up and it was men – European men – who decided which of those scrolls would make up what is known as The Bible.

Men. By the 2nd century BCE, Jewish groups began calling the books of the Bible the “scriptures” and they referred to them as “holy”, or in Hebrew כִּתְבֵי הַקֹּדֶשׁ (Kitvei hakkodesh).

Who Made It Holy?

Men. By the 2nd century BCE, Jewish groups began calling the books of the Bible the “scriptures” and they referred to them as “holy”, or in Hebrew כִּתְבֵי הַקֹּדֶשׁ (Kitvei hakkodesh).

Who Ordained it “The Word of God?”

Where Did Jesus Come From?

From above. The person the world knows as Jesus did not have that name while in heaven, from which he came. The name “Jesus” is an English name that comes from the Latin “Iesous.” Neither one of these languages existed in Jesus’ day.  He would have been known by a Hebrew name, Yeshua. It is important to remember that The Son of God was an Archangel in heaven before he was sent inserted into the world of mankind as a man.

Who Made Him Holy?

His Father in heaven made him holy. Demons acknowledged that the sent one of God was holy. At Mark 1:24 they say of Jesus,

What do you want with us, Jesus of Nazareth? Have you come to destroy us? I know who you are—the Holy One of God!

Again, his Father in heaven did. God himself says of His Son at Luke 9:35:

Who Ordained him “The Word of God?”

His Father in heaven. God chose him as His spokesman, not a book. (Read Luke 9:35)

What Is God’s Command With Reference To His Son?

Are You Obeying God’s Command?

I simply do not regard a book as The Word of God and worthy of my time to be studied or revered. Why should I study a book when I know that I can ask The Father for wisdom, knowledge, and understanding. This is what Jesus – my Master – has asked his disciples to do. Yet, many have fallen into the trap and snare of The Bible. They cannot free themselves from it to sit before the Christ to be taught by him.

It is the Bible that they consult and revere. They dare not ask the Father – through the one that He sent – for wisdom, knowledge, and understanding. I believe this shows a lack of faith in both God and Christ to trust that they are able to give us these things. So what the world has done is taken the path of least resistance and stationed before themselves as a “Golden Calf” (The Bible) that they trust and defend.

I prefer to trust in the invisible God and invisible Son. I trust that I gain far more wisdom, knowledge, and understanding from the Father through his Son (who is also the truth) than a book that this wicked world wants me to believe is “the truth” and the Word of God.

For example, if Jesus says that public prayer is improper and hypocritical and Jesus always prayed in private, please do not say to me, “Well, in the Bible his disciples prayed together.” I listen to what Jesus says and I look to the example he set, not “The Bible.” I do not defend any book that claims to be what Jesus is: The Word of God. I defend the person of Jesus Christ as the ONLY Word of God.

Many persons are quoted in the book called the Bible, including Satan the Devil. So, are his utterances The Word of God? They are in the Bible are they not?

God did not say read about His Son, he said listen to him. In order to do that you must believe that he is alive and able to teach. Are you listening? 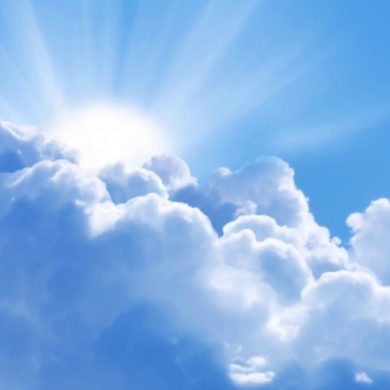 Do We Know The Name of God?