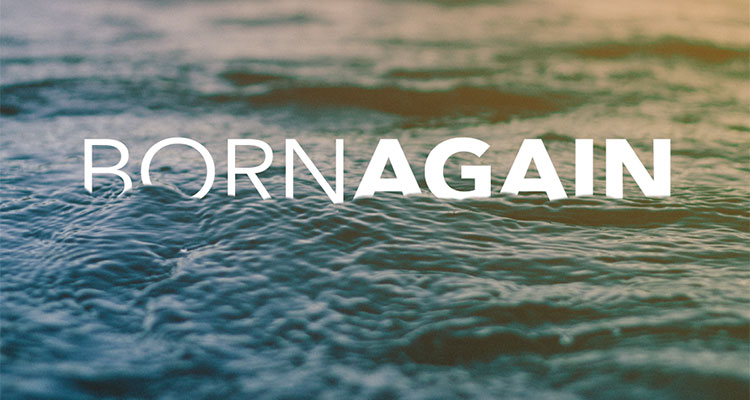 Is The Popular Teaching of Being Born Again Wrong?

Suppose – just suppose – that the “popular” teaching of being “Born-Again” is wrong? I propose that it is.
One thing God and Christ said mankind would not escape, is death. Never do they say that mankind will never die.
The prophecy uttered in Scripture is at Genesis 2:16-17. This was a pronouncement of death – not just to Adam – but also for all of his offspring: Us.

And the LORD God commanded the man, You are free to eat from any tree in the garden; but you must not eat from the tree of the knowledge of good and evil, for when you eat from it you will certainly die.

This pronouncement of death has not changed and is in full force today. We ALL grow old, get sick, and eventually, die. This is a fact no one can deny. Why? Because of Adam.
How does this tie into what Jesus spoke concerning being Born-Again?
Well, if it is accepted that all of us are under the Adamic curse and ALL of us WILL die, then the meaning of what Jesus meant by being “Born-Again” begins to take on a clear meaning.
If ALL of mankind is under an Adamic curse, then ALL of mankind MUST die. This so stated at Genesis 2:15-17. It seems that there are many who wish to bypass what God said WILL happen and HAS happened to the human family: It is under the Adamic curse of death.
If ALL of mankind MUST and WILL die, how can mankind be afforded an opportunity to “see” the Kingdom of God according to John 3:3?
By being resurrected from the dead.
What is often overlooked is that Jesus spoke of a Great resurrection of ALL of the dead. Something he said we are not to be amazed at. John 5:28-29:

The point here is that Jesus promised a resurrection for all. Some attempt to divert attention to the outcome of “those who have done evil.” The point is that they, too, will be resurrected. That should be the focus of John 5:28-29; namely, that ALL will be resurrected.
When Jesus conversed with Nicodemus about being “Born-Again,” Jesus was referring to the resurrection.
All mankind since Adam had a human mother and father. That was our FIRST BIRTH. Because of Adam, we grow old, get sick and die Our FIRST DEATH.
The promised resurrection of all of mankind represents our Second Births or being “Born-Again” from the dead. (It should be noted that Scripture also speaks of a SECOND DEATH in The Book of Revelation).
The man Job spoke of returning to his mother’s belly (womb) at Job 1:21:

And said, Naked came I out of my mother’s womb, and naked shall I return thither : the LORD gave, and the LORD hath taken away; blessed be the name of the LORD.

This Scripture at Job 1:21 bears very close examination because it helps us understand who Job considered his mother in this context.
Obviously, Job was not speaking of his literal human mother because it would be impossible for him to “return to his mother’s womb.” (Nicodemus was stuck at this point and did not understand what Jesus was saying).
Job was referring to the earth itself as his mother.
When we die, we all return to that from which we were taken: The earth. When we die, we are placed in the belly or womb of the earth just as Jesus was.
The 33 Chilean coal miners who were trapped underground for over two months, were in the “belly” or “womb” of the earth. Had they not been rescued, it would have been their grave or tomb.
The earth is the mother of mankind. God is our Father. It was from the earth that man was formed.
So when Jesus spoke of being “Born-Again,” he was referring to coming to life again, being raised from the dead. He was referring to the promised resurrection.
It is absolutely impossible for any human who has ever been born, lived, died, and still living (Jesus the exception), to see the Kingdom of God having a FIRST BIRTH, that is, born from Adam: A Flesh and Blood birth.
Our Second Births must be with water and spirit. What does this mean?
The water is not literal water. When we are conceived by human means, we exist 9 months in our literal mother’s womb. We exist in her water.
However, since the earth is our Mother in relation to the resurrection from the dead, being in the earth as dead persons mean that we are in the earth’s water or womb.
The Spirit is the power that calls us out of the earth’s womb: God’s power. It was by God’s power that Jesus was resurrected from the “womb” of the earth.
So when Jesus said at John 3:3-6 that “unless one is Born-Again and born of water and the Spirit”, he was referring to the resurrection of the dead.
Jesus was essentially saying to Nicodemus that: “Unless you DIE and are RAISED up again, you will not be able to “see” the Kingdom of God.”
The the “seeing” of the Kingdom of God coming does not occur until AFTER a person has died and has been resurrected. Then, they will be able to see it coming from afar (another 1000 years away from the point of the resurrection). At present, no human alive today can see “God’s Kingdom” as none have been resurrected out of the earth by God.
The Church-systems have wrongly taken Jesus’ words and turned them into a simple ritual that has persons making a statement that if they accept Jesus as Lord and Savior and this makes them “Born-Again.”
When Jesus was baptized in water by John (a man), he was symbolizing a going into and coming out of the “belly of the earth.” He was symbolizing DEATH (going into the womb of the earth) and then LIFE (coming out of the womb of the earth).
Since in the future, the COMING OUT of the womb of the earth will not be performed by any human – but by God – the baptism is not by literal water.
Our deaths and being raised again from the dead IS our baptism. This baptism has two parts:

The reality is that all humans will be baptized whether they realize it or not. Meaning all will die and all will be resurrected out of the womb of the earth.
This teaching was so great, that Jesus had to speak it in parable because he knew many would not be able to bear its’ truth. That truth is: All of mankind has to die.
This is a truth many today simply do not realize nor will accept. They struggle just like Nicodemus did.
What Jesus did on that day when he was baptized by John the Baptizer has a meaning far greater than a literal “ritual” being dipped in water.

What Color is God and Christ?