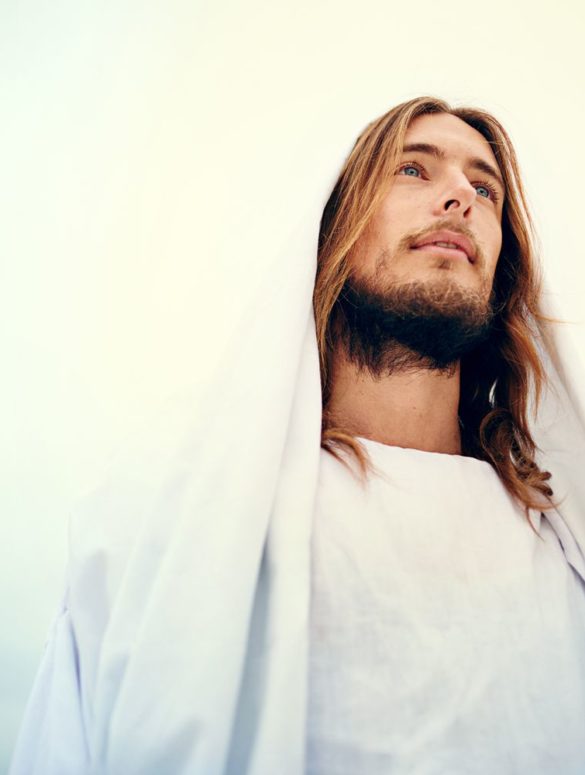 Not too long ago, I commented on a video series on YouTube entitled, “First Book of Adam and Eve (Part 1). My comment questioned the insistence of Christianity to portray Adam, Eve, Jesus, Moses, Noah, Angels, etc as White people. This agitated a few people. claiming I was bringing up race. Was I?

I was laying down something factual. Race was introduced not by me, but by the system of religion called by men, Christianity, who created such portrayals. As far as I am concerned this is the very definition of White Supremacy. Many artists, filmmakers, and authors contributed to the maintenance of such portrayals.

The very notion of mentioning race in association with Christianity agitates and angers many.

It is good to question, challenge, investigate, and ask why such portrayals exist. And, what study it would be to examine why so many are bothered when such questionings and challenges are raised. (1 John 4:1)

Many of these individuals carry on as if I am calling them racists! Not at all! I am questioning why does a religious system that claims to be “for God and Christ” insists on portraying itself as a “White” religion?

As a Black man, I have seen the harmful effects such portrayals have on people of color all over the world. For example …

Africa was largely colonized by Britain, France, Germany, Portugal, Spain, and Italy. All of these are Christian countries. Along with the colonization came the introduction – no – imposition of Christianity.

The African country in which I lived and worked was colonized by Portugal. In fact, it was a slave depot where Christopher Columbus dropped off, picked up, and sold slaves. Many of the slave plantations (now dormant) and slave quarters can still be seen.

What Portuguese colonization gave (imposed upon) this particular African country was Catholicism. Catholicism brought with it its iconic figure called the Pope, a White man. It brought many images and statues of the Virgin Mary, the baby Jesus, and the Saints. All White.

Within the Catholic church buildings and surrounding Africans as if by invasion, were paintings and statues of Jesus, The Virgin Mary, and The Saints looking down on them. All White.

During an Easter celebration, one can see thousands of Africans in a parade, marching and holding high placards of the Virgin Mary and Baby Jesus. All White.

I was invited into the home of an African co-worker for dinner. Once inside the home, it was littered with paintings, statues, and frescos of Jesus, Angels, The Virgin Mary, and the Saints. All White.

I could not help thinking, “How did it get to this?” What power has taken over the African mindset to make it fearful of Whiteness?

I can give many examples of the effect of making Africans fearful of Whiteness. One is self-hate. Hatred of one’s own Blackness. As a supervisor/manager of over 70 Africans – many of whom were educated and highly skilled – it was a real challenge to get them to accept my authority as their Black supervisor. Why? Because they never had one.

They were so accustomed to being told what to do by White men, that to be told what to do by a Black American supervisor was foreign to them. I recall many instances when I directed a group of workers to perform tasks and they looked at each other saying, “We need to check with the White American.” I wasn’t having it and told them that I was their supervisor, I wrote their annual performance evaluations, and just do as I directed and do not worry about the White American and that I stand between you and him. After about six months, I own their respect. A Black man can have and act with authority, too!

The real challenge was removing the indoctrination Christianity instilled in these Africans to be in fear of Whiteness. It was too deeply embedded. What was most sad about the whole thing was that White people were OK with it. They were OK with being viewed as superior and feared.

All across the African continent and throughout the United States, Black people will show a display of their fear of Whiteness as they celebrate Christmas.

There is something not quite right – well, it doesn’t sit well with me – to see Black children sitting on the lap of Santa Claus. Being told lies by their parents that Santa Claus brings them presents. Moreover, that Black parents allow it. Why? Fear of Whiteness. Reverence for Whiteness.

That Christianity insists on perpetuating this and many other lies makes it false.

As always, my encouragement is for any interested in wanting to know the truth is to reach out to the source of all wisdom and knowledge, our Divine Invisible Creator in secret prayer. (Matthew 6:5-7)

This world is a lie. It is a deception and it takes divine intervention to rise above the thick clouds of deception and stay above it. You will not find many people above the clouds (I say this in a proverbial sense).

God is spirit as Jesus taught and we must worship Him in spirit and in truth. (John 4:23-24)