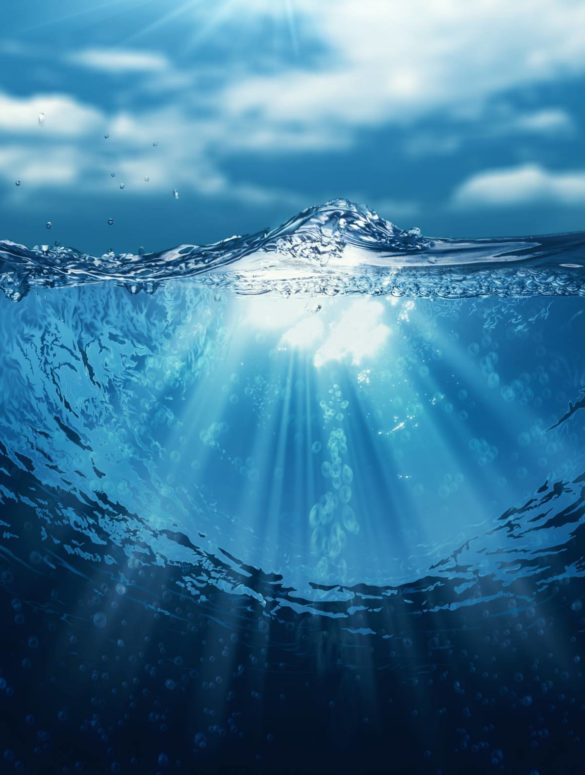 Has The World Been Misled With Regards Water Baptism?

Typically, when you think of baptism, what images come to your mind? Being submersed in water? Being sprinkled with water?

Baptism By John The Baptizer

Why did Jesus get baptized in water by John? Because Jesus would be the one who would conclude, fulfill or finish the Law Covenant between the Jews and the Most High God. So his baptism by John in water would symbolize that fulfillment. Thereafter, water baptism by anyone would no longer be required as Jesus fulfilled the Law in behalf of the Jews.

Jesus mentions baptizing persons “in the name of the Father and of the Son and of the Holy Spirit.” Was he referring to water baptism? Let’s see.

It is very important to see this. John the Baptizer is telling us that Jesus’ baptism would not be one of water (as his was), but one of Holy Spirit.

We see a similar reference where John the Baptizer speaks at Matthew 3:11:

Thus, Jesus [the] Christ’s baptism would not be in water. That is, all who would come to be his disciples would be baptized in Holy Spirit, not water.

Is There Evidence That Jesus’ Disciples Received Water Baptisms or Where There Baptisms By Holy Spirit?

This was not a submersion in some ether or mist, it was a pouring out of from Christ himself of the invisible Holy Spirit over his disciples.

Whose Course Does The World Emulate Today With Regard Baptism?

The ritual of water baptism is not the baptism disciples of Christ should be seeking; they should be asking for Holy Spirit and to be baptized in Holy Spirit.

Today, everywhere one turns with regards to persons “getting baptized,” it is by water. Who or what is responsible for this misleading? What purpose and whose purpose does it serve to have the world misled in this manner?

By misleading the entire world to believe in water baptism, it prevents that very same world from receiving baptism by Holy Spirit. Notice what Jesus says at John 23-24:

This is a sobering thought because an entire world of mankind that believed in water baptism has received the wrong baptism. That means that the majority of the world has not received Holy Spirit (though many think they have) and cannot possibly know the Father, His Son, or the truth.

Look around you, Satan has steered what is called by men the Christian religious system down the road of believing in the baptism of a dead man, John the Baptizer. Satan has also steered the men and women within this religious system to ritualize water baptism and make it a requirement. Among the many, there is very little thought as to the baptism Jesus referred to Baptism by Holy Spirit.

Satan’ s purpose is to mislead and to keep the world kindergarten-level so that it will not come to an accurate knowledge of God and Christ. Again, look around you and you can see the evidence of his deception. The world of “Christianity” is confused.

For such people are false apostles, deceitful workers, masquerading as apostles of Christ. And no wonder, for Satan himself masquerades as an angel of light. It is not surprising, then, if his servants also masquerade as servants of righteousness. Their end will be what their actions deserve.

The world is full of Satan’s servants; it’s biggest misleader and deceiver is Christianity. It has been his tool to carry the world down a road of belief in the wrong baptism.

What About The Ethiopian Eunuch?

Many point to Acts Chapter 8 where it speaks of an Ethiopian Eunuch getting baptized in water as proof-text that water baptism is proper.

An Ethiopian Eunuch is reading out of Isaiah and getting baptized in water because of that reading? There is no mention of the Ethiopian Eunuch becoming a disciple of Christ so as to receive baptism by Holy Spirit. It does not follow the course of what Jesus taught concerning his baptism. This entire scenario follows the course of the baptism by John the Baptizer and that is what that Eunch was seeking.

This Ethiopian Eunuch was a proselyte to the Jewish religion. John the Baptizer preached to the Jews and to Proselytes to repent and get baptized in water as a symbol of their repentance. (Keep in mind that at the time John the Baptizer was baptizing in water, Jesus had not arrived on the scene yet as The Son of God).

Philip did not speak to this Eunuch about baptism by Holy Spirit. Philip would have known that it would have come upon the man later as he progressed as a disciple. It was at the Eunuch’s beckoning that he get baptized in water. This Eunuch had no knowledge of Christ, but would have known about John the Baptizer and his baptism as a Proselyte.

There is only one baptism, not two. (Eph 4:5) John the Baptizer baptized by water, Jesus with Holy Spirit.

I personally do not buy into the story of the Ethiopian Eunuch because it does not follow the course of the baptism Jesus would do; the Eunuch had no knowledge of Christ, and we do not see water baptism of any man, woman or child mentioned elsewhere in the manuscripts. It is possible that this story is either incomplete, was fabricated to sell the idea of water baptism, or mistranslated. Because it does not harmonize with the rest of the Scriptures concerning baptism by Christ with Holy Spirit AND that none Christs disciples were reported as being baptized in water. Nowhere! If water baptism was something God or Christ would make a requirement, it would be seeded throughout the manuscripts. We simply do not see it.

One Baptism, Not Two

If there is one baptism, which one: One by water or one by Holy Spirit?

The answer should be clear according to Mark 1:8:

Then what kind of baptism will he baptize his disciples in?