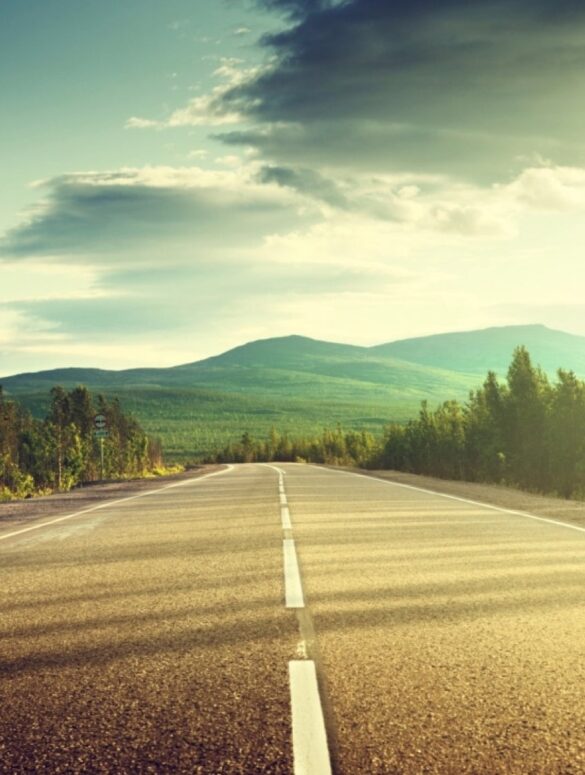 When asked, “What is your religion?” I answer, “I do not have one.” A typical reply is, “But you speak of God and Christ!”

As puzzling as it might appear to some, it is not puzzling to me at all. Why? For one, Jesus Christ did not have a religion. He served the One that sent him. It was his food to do the will of the One who sent him. (John 4:34) Secondly, it is this world – the one Jesus said his kingdom is no part of – that created religion to divide, categorize, and box-in the human family. (John 18:36)

I for one -many years ago – ceased allowing the things of men to define me and categorize me. Why? Because people are flawed. I am flawed.

The Prophet Jeremiah writes in Jeremiah 10:23

At man’s creation, it was not encoded in him to lead one another. God and his designated Prophets would be his leaders.

History is the most powerful evidence we have that proves that human rule over humans has been an abject failure. Even to this very day, we have stumbled from one calamity into another. We have been very bad tenants on an earth that we claim but did not create.

Moses, for example, was chosen by God and commissioned to lead the enslaved Israelites out of Egypt and bring them to His holy mountain. Only Moses knew the way to that mountain.

Later, Jesus – the second Moses – was chosen by God from among all of the angelic hosts and inserted into the world of mankind to lead mankind to Him. Jesus said of himself in John 14:6 …

So, Jesus is the only one who knows the way to the Father. He is also the truth. Why? Because the teaching he carries is from the Father. Jesus is God’s spokesman; that is “The Word of God.” He is also “the life.” How so? It is only through him and following him that one can gain everlasting life. There is no one else. No, not even the religious systems and their many organizations.

The masses have settled at being categorized by a world that Jesus said that his kingdom is no part of.

It is interesting to me that so many wear religious titles, but Jesus never told his followers to be known as Christians or by any of the many titles of religion people take for themselves.

We are to be his followers and disciples … that’s it. No fancy titles.

Yet, much of this world is insistent that one take upon themselves such titles as Christian, Muslim, Jewish, or by one of the many subsets such as Catholic, Lutheran, Methodist, Mormon, Seventh Day Adventists, Jehovah’s Witnesses, Episcopalian, etc.

These are snares. I am certain of it. They divide the masses and prevent brotherhood. They prevent the freedom Jesus spoke of with regard to discipleship to him at Mathew John 8:31-32.

Moreover, such titles and being categorized in such groupings prevent true following, faith, and devotion to our only Master and Teacher, Christ Jesus.

The following, faith and devotion are really given to the religious system or organization.

The Apostle Paul wrote down in Romans 12:2 …

Do not conform to the pattern of this world, but be transformed by the renewing of your mind. Then you will be able to test and approve what God’s will is—his good, pleasing and perfect will.

This is what true disciples of Christ are up against and fight to resist; being conformed by this world.

Jesus said in prayer to his Father in heaven in John 17:14 …

I have given them your word and the world has hated them, for they are not of the world any more than I am of the world.

I tell you, if you know the truth about God and Christ you will be a minority in this world, and if you are bold to speak it, this world will hate you.

The main things of this world are its religions and governments and the people within them who are loyal to them.

It was the religious authority, the government (Roman), and the people loyal to them that Jesus was up against. It is no different for Christ’s disciples today.

I tell you something else, you will be hard-pressed to meet or even identify a true disciple of Christ today. They are not within religious organization. They are without of them.

It is noteworthy what the Apostle Paul wrote down in Hebrews 13:11-14 …

And so Jesus also suffered outside the city gate to make the people holy through his own blood. Let us, then, go to him outside the camp, bearing the disgrace he bore. For here we do not have an enduring city, but we are looking for the city that is to come.

Notice that Jesus suffered outside of the city gate. Notice that we must go to him “outside” the camp. Too, notice that “For here we do not have an enduring city, but we are looking for the city that is to come.”

Yet, speak this truth to the many who claim they are followers of Christ, they become offended thinking you are attacking them and their religion. Yet, few stop to think, “Who told you to have a religion?” Did Jesus tell you that? Or, did someone or something else?

I am always mindful that one’s religious leaning and faith is an emotional and personal matter. It was for me when I was in it. So, I understand.

I also know how difficult it is to get others to see what it is that they are in. It was for me. So, I truly get it.

What awakened me was an experience similar to what Saul of Tarsus had on the road to Damascus. It is difficult to put into words. However, with me, I was not seeking out followers of Christ to persecute them like Saul.

I knew for a very long time – even when I was a Jehovah’s Witness – that something was very wrong. There was this unsettling fear of men and devotion to the organization. I simply asked my Creator to reveal the truth to me no matter how painful and distasteful it would be.

It took years, but those incessant prayers were answered. The answer came unexpectedly and with such clarity, I knew it was from my Creator through the office of my Master. I could not dispel it if I tried.

I knew that if I spoke what I was given, I would be viewed as someone crazy and off his rocker. Moreover, I knew that this would separate me from the thinking of this world; especially its religious teachings.

What was the most comforting was that I felt about the “human family” as my master Jesus did (and still does): He loved the human family even though many within it hate him or even deny that he is.

I felt no animosity towards religious organizations and the people within them or need to debate with them. To do so would miss the boat of what we are to be with regard to being a true follower of Christ.

What I see today are heated debates and fighting over what is true or false with regard to God and Christ.

What I have learned is that the truth needs no defense. It can handle itself.

If one really wants to know the truth, they must not rely on their own understanding or the understanding of people (and their religious systems), they must approach their Father and ask for it and trust that they will receive an answer.

Yes, they – like me – will be called crazy, a false prophet, misled, deceived, etc but that comes with the territory of being a follower of Christ. You bear the stripes as he did.

BTW, be careful what you ask for you might not like it, but it will be the truth.

In time, it will be a healing salve to your soul. 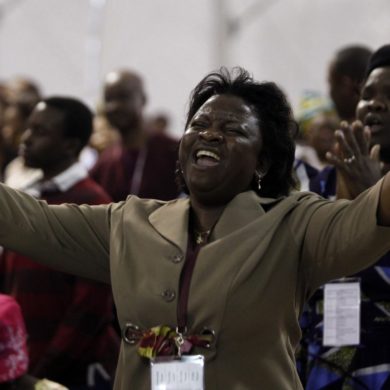