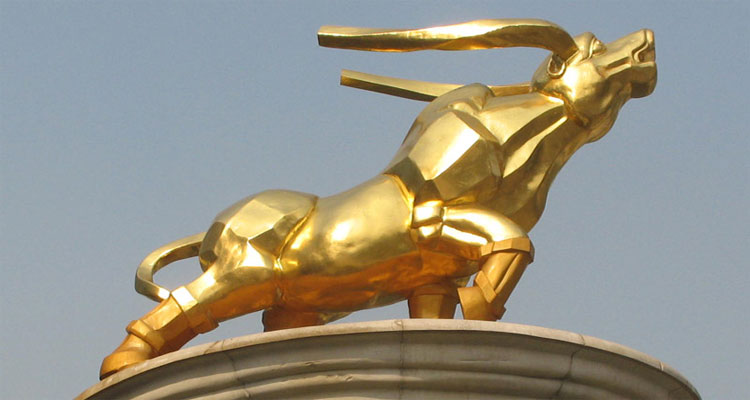 Does The World Have a Golden Calf?

In Scripture, we know that Moses’ Brother, Aaron – was a Levitical Priest – and he built a golden calf. This visible golden calf served as a false object of worship for the people encamped at the base of Mount Sinai.

It is interesting that the image that Aaron built was not a mature creature, but a calf. It is assumed that this calf was the calf of oxen. Yet, a calf could be that of a sheep – animals more prominent in those days. While the calves of sheep are called lambs, those lambs are nonetheless calves.

It is interesting to read who the Apostle Paul says Jesus is at Col 1:15:

What does Moses say the Israelites asked Aaron to make for them at Exodus 32:4?

He took what they handed him and made it into an idol cast in the shape of a calf, fashioning it with a tool. Then they said, “These are your gods, Israel, who brought you up out of Egypt.

The golden calf would represent for the Israelites an image of the God of Israel who they know “brought them out of Egypt.”

It is not as the many so-called religious organizations teach. They would have you believe that the Israelites were to have Aaron construct Egyptian gods. No, Israelites did not worship the gods of Egypt when they were enslaved there and they did not worship them when Moses led them out. No, the golden calf would be for them a visible representation of the God of Israel.

This false image is called in Scripture The Lamb of God; The Word of God; and The Son of God.

It is not that the Scriptures are wrong in stating this; it is that mankind has misrepresented this person and fashioned him into a form that he is not. What is that false form? A flesh and blood person. Not only that, in a form that resembles the creators of the image: Caucasian. 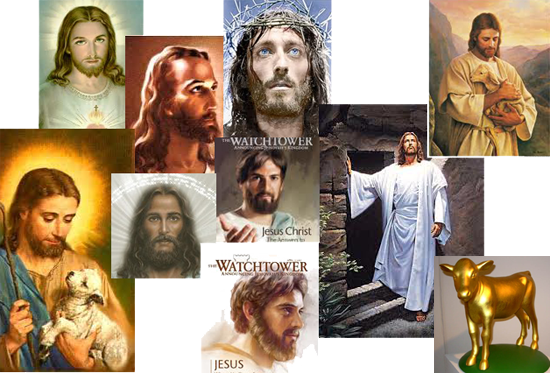 This is the false image and form of the modern day golden calf that has become an object of adoration and worship in the world. Why is this image a false one?

Because no one in modern times has seen the one that The Most High God sent. Therefore, it is not possible to create an image of him. Secondly, he is no longer with mankind as a flesh and blood entity. At his ascension “back into heaven,” he exists now as a very powerful angelic spirit creature: The form he had before he was sent into the world by his heavenly Father. Thirdly, the Most High God said at Exodus 20:4-5 that images of things in heaven or on earth or in the waters are not to be made and they are not to be worshiped.

All who reside in heaven are spirits; that is, invisible to human sight. (Col 1:15)

This visible representation of the Lamb of God is false; he is not a man. He is not a White man, not a Black man nor the likeness of any race of man. He is no longer flesh and blood as he was more than 2000 years ago.

So this false visible “golden calf” or “golden lamb” that has been so indelibly implanted in the minds of millions is a creation of mankind and it has been an object to deceive and mislead.

The True God and His Son are in a form that cannot be seen. Yet, the Son of God is portrayed as seen in the images shown on this page.

These images or those like them are not the Son of God or representations of them. One would do well to reject them and not envision him in this way. The Son of God should be envisioned as one who cannot be seen – as invisible – and as one who we know exists and is there by faith, and not by sight. (Hebrews 11:1 and 2 Cor 5:7)

As a person of African descent myself, I reject such images of my Master as being a “White man” or one of European descent or one of flesh and blood form. I know that my Master is not a man but the invisible Son of the living God. 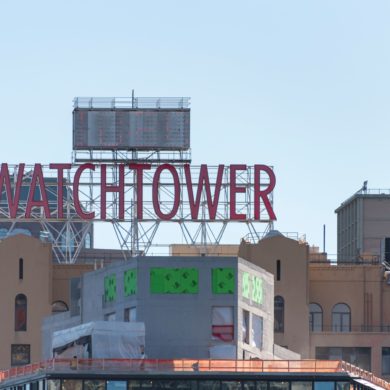 Why The Watchtower Will Fail?