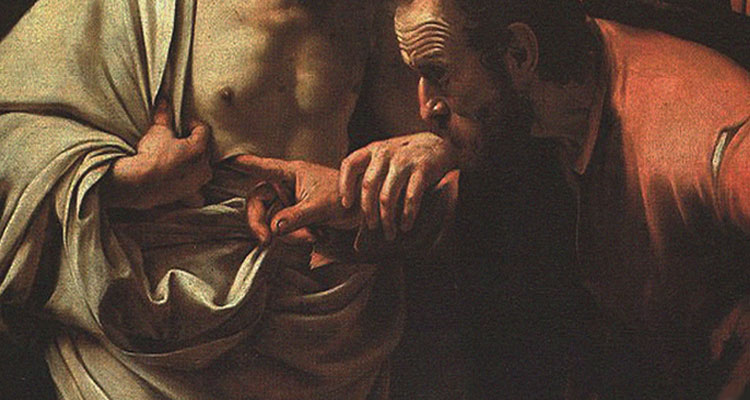 Did Thomas Call Jesus His God?

There are those who will fight tooth and nail to perpetuate the false teaching that Jesus is God. Recently, I had a discussion with an individual who referenced three Scriptures, John 20:28, Isaiah 9:6 and Psalms 100:3 as proof text that Jesus is God.

Now, mind you, all of this after this individual acknowledged that Peter’s acknowledgement at Matthew 16:15-16 that Jesus is the Christ, the Son of the living God.

But what about you?” he asked. “Who do you say I am?” Simon Peter answered, “You are the Christ, the Son of the living God.

At the same time, this individual references what Thomas said at John 20:28 which says:

Thomas said to him, “My Lord and my God!”

Even Jesus himself at John 20:17 shows who his God and who is there – his disciples –  God is:

Jesus saith unto her, Touch me not; for I am not yet ascended to my Father: but go to my brethren, and say unto them, I ascend unto my Father, and your Father; and to my God, and your God.

A Closer Look at Isaiah 9:6

The person I was in discussion with believes that Isaiah 9:6 reference to Jesus being called Mighty God is proof that he is God. But is it?

For to us a child is born, to us a son is given, and the government will be on his shoulders. And he will be called Wonderful Counselor, Mighty God, Everlasting Father, Prince of Peace.

Notice that the Prophet Isaiah is not saying that Jesus will be called Almighty God but Mighty God.

Many persons erroneously use Psalms 100:3 as proof that Jesus is God. But they do not know why there are many instances in Scripture where we see LORD versus Lord and GOD versus God. Once they learn and understand why these instances are there, then they can reach a correct rendering of the Scripture. They really have to stretch and find Scriptures that appear to indicate that Jesus is God when the overwhelming evidence in Scripture says that there is only one God, the Father and that Jesus is Lord (Head over men) and the Son of God.

Know that the LORD is God. It is he who made us, and we are his; we are his people, the sheep of his pasture.”

First let me say that Ps 100:3 is true. But what has been missed (and many miss this) is that the word “LORD” is in all capital letters. Why?

Because it is where the Tetragrammaton of the divine name in Hebrew YHWH appeared. (Hebrew does not use vowels). The early translators felt that since God’s name could not be properly pronounced, it would be better to remove it and insert in its place LORD or GOD. That is why when you read in Scripture you will see Lord and LORD and God and GOD. God and Lord are titles where LORD and GOD are where the YHWH name appeared. (See Ps 110:1 for an example of how LORD and Lord are used in one sentence)

YHWH (LORD and GOD) appears over 7000 times in Scripture. More than any name in Scripture. One place translators did not remove it can be seen at Psalms 83:18. (KJV)

So knowing this fact, one can now look at Psalms 100:3 and see what it really says. It is saying that YHWH (Yahweh, Jehovah) is God.

Plus, when the Psalmist wrote this down, Jesus had not been sent or born or was known.

According to Scripture how did the Apostle John say we are to believe Jesus? I will let Scripture answer that question:

But these are written that you may believe that Jesus is the Christ, the Son of God , and that by believing you may have life in his name. (John 20:31)

Believe him as the Christ, the Son of God – not God.

What I have learned among the many proponents that Jesus is God, is that they resort to attacking the bringer of this news rather than looking to Scripture and researching the truthfulness of it. It is almost as if they are afraid of what they will find. Too, they feel that those who explain from Scripture that Jesus is exactly who his Father in heaven and his disciples say he is – The Son of God – are attacking the very book they claim to believe in. They will not let themselves come to an understanding that it is an upholding of Bible truth, not an assault on it.

The fact of the matter is it is they themselves who are upholding a teaching that crept in some 400 years after Christ ascended: The Trinity teaching.

It is Christ, not humans or human agencies that we should be listening to. For the Most High God has said to us at Luke 9:35:

This appears to be a real problem for many claiming to be followers of Christ. They prefer to listen to other sources and other voices rather than to the voice of God and His Christ.

So, did Thomas say Jesus was God? Of course not. Thomas well knew who Jesus was and he also knew of the one who sent him and resurrected him from the dead. Thomas was acknowledging two people: His Lord, Head, and Master – Jesus [the] Christ – and he was acknowledging his God and Jesus’ God. 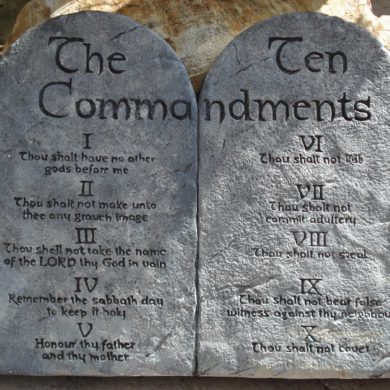 Are Christs Followers Under The Ten Commandments