This listening posture is to the men and women within the religious system who station themselves as authorities and leaders above the flock and feed them teachings not of God and Christ. The flock, in turn, listen to them and are led to believe that this is what God wants them to do.

The gatekeeper opens the gate for him, and the sheep listen to his voice. He calls his own sheep by name and leads them out. When he has brought out all his own, he goes on ahead of them, and his sheep follow him because they know his voice. But they will never follow a stranger; in fact, they will run away from him because they do not recognize a stranger’s voice.

Christs followers would definitely recognize the voice of their Master as he would be the one directing, leading and teaching them. Yet, did the Master direct or teach his followers to be known as Christians? Or, was this expression one created by men and pushed upon the world as if it is from God and Christ? Does it matter?

Did Christ Direct His Followers To Be Known As Christians?

Further investigation shows that Jesus NEVER used such expressions in reference to his followers and NEVER do we see these expressions used among his followers. Jesus’ call was very simple: That we be his disciples. John 8:31-32 has Jesus saying:

There are many who use what is written at Acts 11:26 as proof text that Christ directed his followers to be known as Christians. I state again, Christ himself did not mandate this. Let’s take a close look at Acts 11:26 and you will see what I mean.

And when he found him (Saul of Tarsus), he brought him to Antioch. So for a whole year Barnabas and Saul met with the church and taught great numbers of people. The disciples were called Christians first at Antioch.

First notice that Christs disciples were first called Christians in Antioch. Also notice that the expression Christians was not used among the disciples, but was rather used about them from persons who were not disciples.

However, if you suffer as a Christian, do not be ashamed, but praise God that you bear that name.

Here the Apostle Peter is saying if you suffer and people label you with the expression Christian in association with this suffering, then suffer derision gracefully.

As an African American myself, I can certainly appreciate such negative and derogatory labeling. The use of the N-Word is not a label African Americans gave themselves. It was a label given to us by those who held us in derision; and many still do.

Permit me to say that those who call Black people by the N-Word expression are Anti-Black. Furthermore, those Blacks who accept this expression and who use it themselves are Anti-Black; against, their own race as they use a derogatory expression with reference to each other.

Likewise, those who claim to be followers of Christ who accept the derogatory expression of Christian – a label someone who held them in derision gave – then they are anti-christ. Why? Because they accept an expression to describe themselves that someone else – a non-disciple – gave them and they do not primarily take upon themselves the title Jesus told them to be known as: Disciples. They call themselves Christians and Christ says to be known as his disciples.

They oppose Christ and accept a derogatory expression the world gave them.

Yet, what is clear is that the expressions Christian and Christians were used by non-disciples in their persecution against Christs disciples.

The expressions Christian and Christians were created by non-disciples in reference to the disciples of Jesus and intended to be used in a derogatory manner.

Something else to consider: The expressions Christian and Christians are used today by Popes and Presidents, homosexual and child-molesting clergymen, persons preaching from the pulpit, TV Evangelizers, Hollywood celebrities, and military persons. The expressions have become associated with vice, corruption and hypocrisy. Not only that, they do nothing to amplify Christ and his teachings. In fact, they confuse and misrepresent Christ and his teachings and causes the world at large to reject them. With friends like these, God and Christ need no enemies, I say.

Many will say, “So, what’s the big deal?” It is this: Truth. There is no little truth or big truth, just truth. And, if we dismiss this as insignificant then the many other things masquerading as Christs teachings will easily be dismissed.

All things spoken or written that are claimed to come from God must be put to the test to see whether or not they genuinely did. The test is easy: If God and His Spokesman – The Word of God, Jesus [the] Christ – did not speak it, then those things fail the test.

Jesus NEVER said to be known as Christians. 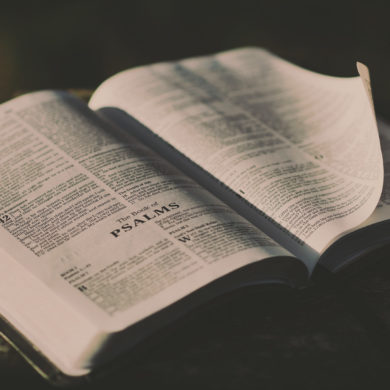