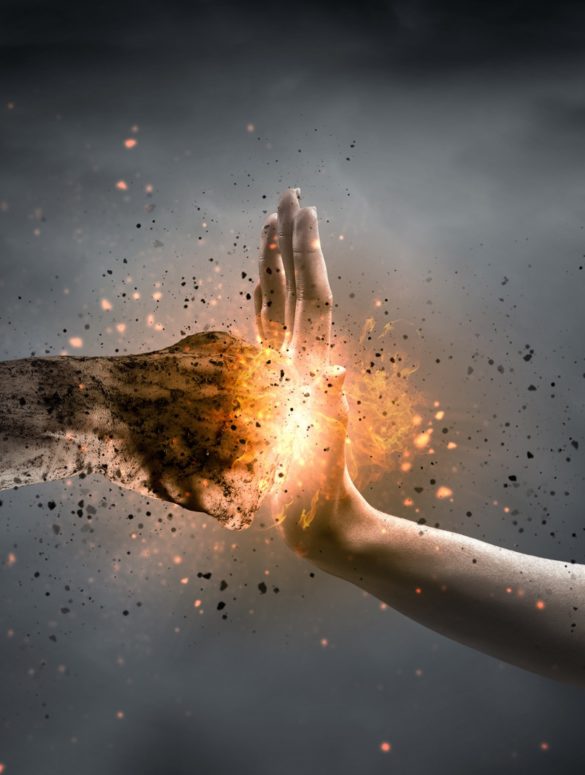 War, according to the Merriam-Webster dictionary is:

A situation in which people or groups compete with or fight against each other.

Oppose, according to that same dictionary is:

To disagree with or disapprove of something or someone. To try to stop or defeat something.

After an unusual amount of emails and replies from my articles on the website from members of the religious system called by men, Christianity, all of which defended “The Bible” and none defending Christ, I realized that another war is being waged. There can only be one victor in this war and it will not be the majority who cling to a book.

That war is a major spiritual one and it involves a book versus The Son of God, Jesus Christ, who is The Word of God.

The Bible Versus Christ (The Word of God)

Most who read my articles know that I am a staunch defender of Christ’s teachings and I hail him as the ONLY Word of God. So, when anyone stands up a book ALSO as such – that appeared on the scene some 1500 years after the ascension of the Christ, I must pull this book down from the lofty position that the men who compiled it placed it in. I am engaged in a spiritual war.

Thus, the war being waged is “What the Bible teaches” as opposed to “What Christ teaches.”

The battle lines are such that the majority in the world believes that the Bible is the Word of God and they unwittingly give it preference over Christ. Only a relative few in the world – I being one of the few – have awakened to recognize the one that God sent and identified as His Word. Those few are surrounded and encamped by mighty religious organizations that are teaching error and teaching that a book is also the Word of God. Yet, in their bulkiness and vast numbers, Christianity cannot not stand up against the truth of what Christ is and what he taught. Yes, they throw arrows (false teachings) but they miss their target when they are aimed at the few who champion the truth of Christs teachings.

One of my favorite passages come from the Apostle Paul at Ephesians 6:11-20. Notice there that he mentions as a part of our armor that we gird our loins with truth, use faith as a shield (this faith is in God and Christ, not a book) and keeping awake and ACCEPTING the sword of the spirit which is – not the Bible – but Christ, God’s word. Notice the importance of prayer. Nothing is mentioned about consulting a book or books. No book can act as a shield to repel error, lies and false teachings. Only faith in God and Christ and in what he taught can. This shield of faith has to be large because the error and lies have saturated the world to such an extent, people believe the lie to the truth. And our faith in Christ and his teachings – and the extent that we know them – is what will recognize the error and lies and repel them.

Stand firm, therefore, with YOUR loins girded about with truth, and having on the breastplate of righteousness, and with YOUR feet shod with the equipment of the good news of peace. Above all things, take up the large shield of faith, with which YOU will be able to quench all the wicked one’s burning missiles. Also, accept the helmet of salvation, and the sword of the spirit, that is, God’s word, while with every form of prayer and supplication YOU carry on prayer on every occasion in spirit. And to that end keep awake with all constancy and with supplication in behalf of all the holy ones, also for me, that ability to speak may be given me with the opening of my mouth, with freeness of speech to make known the sacred secret of the good news, for which I am acting as an ambassador in chains; that I may speak in connection with it with boldness as I ought to speak.

The proof of this preference above can be seen in:

Recently a TV preacher died because he “Believed the Bible” teaches that faithful ones can handle serpents. Well, he handled one and died! This shows a mental impairment – a mentall illness – that Christianity has indoctrinated so many with. Rather than believe and follow Christ, it is a book called “The Bible” that they have placed their faith and trust in.

Last week, a visitor to the website was very upset with me as I would not champion the Bible as the Word of God. My insistence was that there is only one Word of God and it is not a book. He went ballistic. Not once in his entire discourse did he mention Christ. He kept saying “The Bible says … and The Bible teaches.”

I listen to people intently for what comes out their mouths. When they begin saying “The Bible teaches …” or “The Bible says …” I know that they are deeply indoctrinated, blinded, and misled.

Additionally, before “The Bible” even surfaced, what or who was The Word of God for those many hundreds of years after Christ ascended? It was Christ himself!

How Can I know About Christ If I Do Not Read The Bible?

To answer that question I ask this one: “How did the people after Christ ascended – and BEFORE there was a Bible – know about Christ?” It was by word of mouth. I repeat: There was no such as “The Bible” for many hundreds of years. Think about that!

Who has made the world so faithless that it thinks that it is only through a book that they can know about God and Christ? What is prayer to them? Is it nothing? Do they believe that God and Christ are dead or unable to teach us today? What about “ask and you shall receive?”

It does not take faith to “believe in” the Bible because it can be seen. And, our trust should not be placed in a book anyway. A book compiled by feuding Bishops and a Politician at that! There is a particular race among the human family that has arrogated himself to compile such a book and give it all of those lofty titles. Yet, this same race among the human family dares anyone to think outside the boundaries that it has set via its religious system called Christianity. It has the nerve to call persons like me arrogant because I defy and challenge it. It seeks to make it appear that there is something wrong with you when you question their many false teachings and you do not accept their portrayals of Adam, Eve, Angels, Jesus, The Prophets, The Apostles and others as being persons in the likeness of the person of European descent. This is a sickness in the mind! And, if they are so arrogated and mentally impaired to do those things, what makes anyone think they are concerned about The Truth? There is nothing that they will not create, make up and teach as truth, but their truth is a lie. And, that is the situation the world is in today. It believes lies as truth.

There is a power that blinds men and women. It has tight control over their psychoviscera and they just outright and defiantly refuse to champion Christ as the ONLY and EXCLUSIVE Word of God. They champion a book.

The battle is between putting trust in what can be seen (The Bible) versus what cannot be seen (Christ).

The Apostle Paul understood very well this spriritual battle as we read at 1 Timothy 1:18-19. Notice that “holding faith” is a requirement. Also notice that it is “faith” that many have “thrust aside.”

Those who have placed faith in a book are the ones who have “thrust aside” their faith in what cannot be seen – but is alive – Christ Jesus, The Son of God and The Word of God.

This mandate I commit to you, child, Timothy, in accord with the predictions that led directly on to you, that by these you may go on waging the fine warfare; holding faith and a good conscience, which some have thrust aside and have experienced shipwreck concerning faith 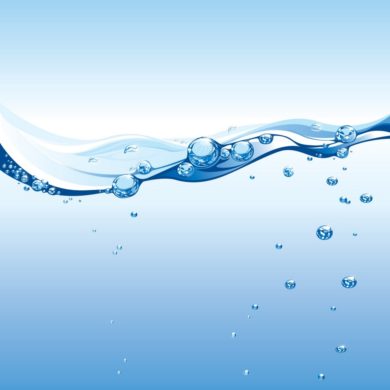 Blessed Are The Pure In Heart, For They Will See God