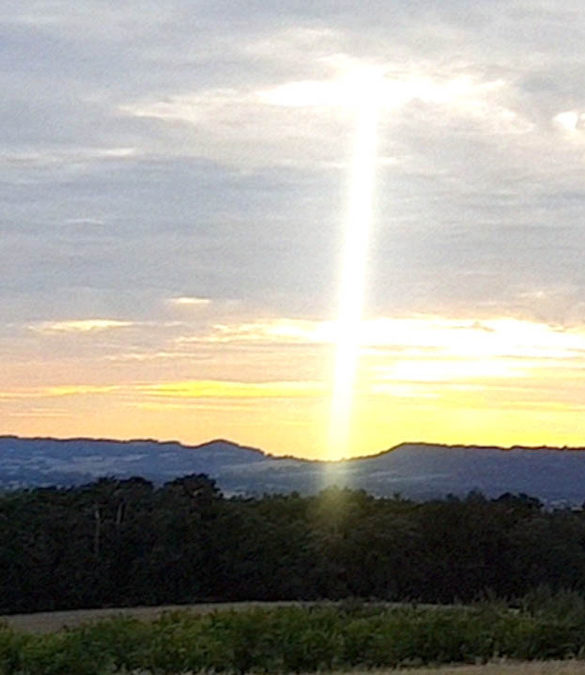 Christs Return: Who Will Be Caught Off Guard?

Answer: Those who do not obey God and listen to His Son as commanded at Luke 9:35.

Do not be fooled or misled. Belonging to any of the many organizations within Christianity does not automatically make one immune from being misled and it does not mean that one is sitting safe within religious organization and in a position where they will not be caught off guard.

In fact, membership with any of the organizations within Christianity (or any religious system) is a sure guarantee that one will be in the cateogory of persons (the majority in the world) who will be caught off guard with regard Christs return. Why?

Not Listening To Christ

I know I harp on this a lot, but it is extremely important because it is a command from God: That command is that we listen to His son. Does system of religion called by men – Christianity – listen to Christ? Many would say, “Of course it does.”

And a voice came out of the cloud, saying: “This is my Son, the one that has been chosen. Listen to him.”

In fact, I mention God’s command at Luke 9:35 so much that it irrates and sometimes angers those who simply do not want to hear it. It is almost as if it pains them to obey God. Their attitude is expressed by statements such as, “My church teaches this and that” or “The Bibles teaches this and that and I believe in the Bible.”

NEWS FLASH !!! One is supposed to believe in Christ and listen to what he taught (and still teaches) and one is NOT to believe in a book but rather believe in God and His Word (Christ Jesus).

Many really think because they are membered with any one of the many “Christian” organizations in the world, that this automatically means that they are postured to listen to Christ. Rarely does any ever think that they are “listening to men” who have misled them into believing that they are listening to Christ and doing God’s will.

Many think because they have gone through a series of rituals such as water baptism, attending Church (Kingdom Halls in the case of Jehovah’s Witnesses) and converting others to their religion is obeying The Mosy High God and “listening to Christ.”

Yet, water baptism was not Christs baptism, it was John the Baptizers baptism. Christs baptism would be greater than John’s. His would be by Holy Spirit and Fire. Yet, when you ask the average individual about baptism, they will think “water” baptism. Thus, Christ is not being listened to by the religious system of Christianity. It is not making disciples to Christ! It is baptizing people in water!

If one is completely honest, think about the things they do within their particular religious organizations. Are they things that God or Christ commanded or are they rules and regulations that men established? From my extensive experience with Christianity I can tell you that the things people do within them are either because they are compelled to do them by men or because they need to have their consciences massaged into believing they are doing what God wants them to do.

I know as a former Jehovah’s Witness for more than thirty years (disassociated), the things I and other did was primarily because they were rules, regulations and rituals created by the Watch Tower organization. One had to be doing them before becoming a baptized Jehovah’s Witness and one had to continue doing them once they became a baptism Jehovah’s Witness if they were to remain in “good standing” with “The Organization.” Those rules, regulations and rituals included water baptism, attending all five weekly meetings, and a full share in the field service activity. While to one who is not a Jehovah’s Witness some of these things may not seem like a lot to ask of a person, but I can tell you that they can be burdensome. The “devil is in the details.”

I have seen many watered down explanation of Jesus’ words at Matthew 24:37-39. Many have misunderstood what Jesus was talking about. He was not talking about a literal eating and drinking or literal marriage of one person to another. No! He was speaking of something much greater than this! What?

Before his return with kingdom power over the earth, people will be eating, drinking, marrying and giving in marriage in another sense. What? They will be eating and drinking of the knowledges (teachings) being fed to them by religious organizations: The great misleader of men. This is the same type of feeding that the woman Eve received from the Serpent in the Garden and Adam received from his wife.

The man said, “The woman you put here with me—she gave me some fruit from the tree, and I ate it.” Then the Lord God said to the woman, “What is this you have done?” The woman said, “The serpent deceived me, and I ate.” (Genesis 3:12-13)

Upon eating and drinking those knowledges (fruit of lips) one then eventually members themselves with the church system or organization that fed them. This the marrying. So what is the giving in marriage?

This is where members of the system or organization gives to others the things they have been fed (taught) with a view of bringing them into their organizations. This is not much different from the experience the first woman Eve had with the Serpent.

Notice what Adam says to God with regard what Eve gave him. (Play close attention at the way Adam says it):

And he said, “Who told you that you were naked? Have you eaten from the tree that I commanded you not to eat from?” The man said, “The woman you put here with me—she gave me some fruit from the tree, and I ate it. (Genesis 3:11-12)

Notice that when God ask Adam, “Who told you that you were naked?” that God ascribed the telling to Adam and Eve that they were naked to The Tree of the knowledge of Good and Bad!” This shows that the fruit on that tree was not literal fruit, but knowledge that was spoken to Adam and Eve.

Also in Adam’s response to God, he blamed his wife (that God gave him) for giving him some of the fruit or knowledge from that tree.

What is even more interesting to show that the fruit on the Tree of the Knowledge of Good and Bad was not literal fruit can be seen in what God pronounces on Adam at Genesis 3:17.

To Adam he said, “Because you listened to your wife and ate fruit from the tree about which I commanded you, ‘You must not eat from it.’ “Cursed is the ground because of you;
through painful toil you will eat food from it all the days of your life.

Notice that God uses the expression listened to your wife. In other words, the fruit that Eve was giving to her husband was something spoken to him, not literal physical fruit!

So because Adam listened to what his wife was telling him – that was the opposite of what God had told him – cursed would he the ground because of him. In what way would the ground be cursed? Because of Adam, mankind would go back into the ground (earth) because of death; and once man dies and returns to the dust from which he came, there existed no provision for man to return back to life again from the ground.

The system of religion called by men – Christianity – is an imposter and has misled the world in a very large way. Those persons that it ensnares into itself become membered or married to the religious system and not really attached or married to Christ, who is the truth. Christianity’s mission is to convert others to their systems of religion; this is a giving in marriage.

Thus, it will be those who claim that they are followers of Christ but who are attached to religious organizations (who are feeding them bad and rotten fruit) are the ones who will be caught off guard with regards Christs return.

They will be most difficult to reason with because their heart and faith are not really with Christ, but with the religious organizations that they are membered (married) with.

That they are married to the religious system and organization can be seen by the names that they adopt. Rather than be called simply a “Disciple of Christ” as Christ commanded, they have taken upon themselves the names and titles of another.

Like a person who should be married to another, they commit a form of adultery my being membered to someone else and they adopt names the names and titles of the entities they are membered with. Names and titles not of Christ. (e.g. Catholics, Jehovahs Witnesses, Mormons, Seventh Day Adventist, Lutherans, Baptist, Christians, etc.)

Most persons do not see or realize how deep the deception has gone and how deep the rabbit hole of lies and concealment from the truth is.

The enities – religious organizations – that are feeding the entire word fruit similar to what Eve received have completely blanketed the earth. There is very little truth taught and spoken in this world. The world is saturated with lies and the lies are presented and believed as truth.

The most powerful testimony that the world is satuated with lies can be summed up by the following two statements. The first statement of truth and fact comes from a chosen Apostle of Christ and the other by me.

We know that we are children of God, and that the whole world is under the control of the evil one. (1 John 5:19)

The false dichotomy is that in a world so full of religion, it is a dangerous place to live in.

What does that tell one about the state of religion in the world and the kinds of people it is producing? 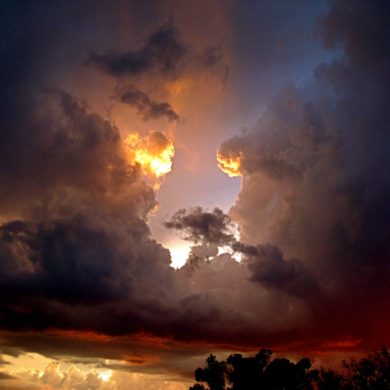