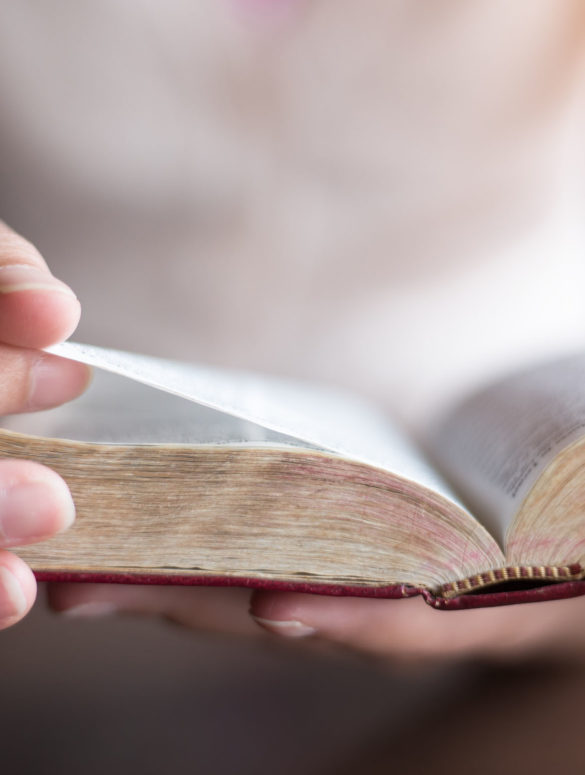 Should I Care About What The Bible Says?

Many who profess following Christ may find this a strange question to ask. Yet, I submit to the reader that it is a question that should have been asked long ago and one that deserves an answer.

Many will take the “emotional pill” before responding to such a question and answer in the affirmative. I submit to the reader that belief in “The Bible” has a cult following. I would venture to say that it is revered and worship as an idol. So should I care about what the Bible says?

Because those professing to follow Christ and his teachings should care about what he says and teaches, not what a book – as a whole – says. I cannot emphasize this enough.

Ask yourselves: “Did God send us a book or His Son?”

Who was it that he told us to listen to? A book or His son?

Who then, told you to listen to a book that men gave the name “Bible” to? Did God?

Why – and how – did a book so quickly attain the status as “Holy” and “The Word of God?”

Was it by God’s doing or by men?

Whose purpose would it serve to divert all of mankind’s attention away from the one who is The Way, The Truth and The Life and instead replace him or make equal to him an inanimate object that cannot speak or see; in other words, with something lifeless?

If you believe that the Bible is “The Word of God” I highly encourage you to really think about that! Opposers of God – angelic and human – have always tried to establish substitutes in place of God (we call them idols) and since Christ’s ascension, that substitute has become a book. The so-called believing world has been so taken and so misled that it actually believes that a book is what The Son of God only is: The Word of God!

Christianity is replete with forms of a man portrayed in art, film, and literature who is no longer a flesh and blood entity but one who is invisible and existing in the heavenly realm. It insists on pushing this form of a man into the entire world and insists that it is the Christ. It is not the Christ, it is a false image of the Son of God is invisible and has not been in the form of a flesh and blood man for more than 2000 years! It requires faith now to “see” or “perceive” the Son of God as he exists today. Yet, none of the denominations within Christianity is teaching or encouraging Christ to be perceived as one who is invisible and to be seen with one’s mental eyes of faith.

Members of Christianity are engaged in the practice of idolatry and they do not even know it.

The Apostle Paul prophesied that people would exchange the truth about God for a lie. That they would worship and serve the things that they create (religious organizations, the Bible, false Christs, etc) rather than God himself who is the Creator.

Therefore God gave them over in the sinful desires of their hearts to sexual impurity for the degrading of their bodies with one another. They exchanged the truth about God for a lie, and worshiped and served created things rather than the Creator—who is forever praised. Amen.

A true worshiper of God would obey Him. He has commanded that we listen to the one He sent. If God had sent a book to us, He certainly would have told us to listen to it would He not? Yet, it was not to any book, but to His Son that he commanded us to listen to. (Luke 9:35)

Permit me to say: Christ is not dead. He lives and is able to teach us from afar from the heavenly realm. Yet, an inanimate object has been given his lofty title as Word of God.

The one and only Word of God is not dressed in bound leather and paper with words written on them. Rather …

He is dressed in a robe dipped in blood, and his name is the Word of God. (Revelation 19:13)

Care about what Christ says, not what a book says.

Who Are The Modern-Day Pharisees?