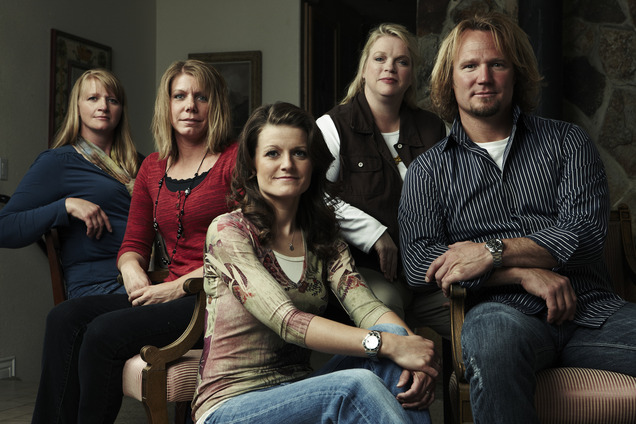 Can A Man Have Multiple Wives?

Note: I am not endorsing that a man or a woman having more than one husband or wife. I am simply showing that the religious system called by men – Christianity – cannot have it both ways. It cannot say that “The Bible” teaches against it. It cannot pick and chose what it wants to believe and practice and ignore what it does not want to believe and practice. This haughty religious system time and time and again places itself above God and Christ and teaches what Christ had not, and places demands and burdens upon the human family neither God or Christ had not. The question is why would it defy God and Christ? Because it is not from God or Christ and it seeks to take ownership and control of  God’s creation: Mankind, to prepare it to be like it, defiant and disobedient to God and Christ.  R. Jerome Harris

The question is: “Can a man have more than one wife?”

Well, that depends on who you ask and what they choose to believe and practice. Most religious organizations of Christendom teach that a man can only have one wife; and they teach that this is what the Bible teaches. But here is the problem:

Lets first turn to Deuteronomy where we will read that polygamy was allowed under the Mosaic Law but was regulated so that the wife was protected. Deuteronomy 21:15-17.

Also we read at Deuteronomy 17:17 where a man was not to multiply wives for himself like multiplying riches of gold and silver.  This Scripture is not saying that a man could not have more than one wife – as some try to make it appear – but it is saying that a man should not “go overboard” in having wives. Why? Because his heart “may turn aside” and not be able to give all of them attention. One must keep in mind that men gathered many wifes back then not for the purpose of satisfying sexual urges, but for having many children. Children were highly valued and large families prospered.

Note: It is the sick and twisted Western mentality that would see something dirty and wrong with having multiple wives. It is this same mentality that comes to Africa and see bare chested women walking around and think there is something wrong with it. Westerners seeing such things even get sexually aroused. Why? Because Western society sexualizes a womans breast and other body parts. So the sickness is not with the women who walk about “normally and naturally” in this way, it is with the Westerner and his religion, Christianity that has conditioned him so. The Most High God would say to the Westerner what he said to Adam at Genesis 3:11:

I take it further: Did Jesus himself ever teach his disciples that a man can only have one wife? Let’s see.

Many claim that the clearest evidence of Jesus teaching that a man can only have one wife is at Matthew 19:3-6. But is that really what Jesus is saying there.

Some Pharisees came to him to test him. They asked, “Is it lawful for a man to divorce his wife for any and every reason?” “Haven’t you read,” he replied, “that at the beginning the Creator ‘made them male and female,’and said, ‘For this reason a man will leave his father and mother and be united to his wife, and the two will become one flesh’? So they are no longer two, but one flesh. Therefore what God has joined together, let no one separate.

Jesus was talking to the Pharisees – Jews – who were teachers of the Law. And, those men would have known what is written at Deuteronomy 21:15-17 concerning polygamy being allowed under the Law.

Also, Jesus quoted to them from Genesis 2:24 and this was being made with reference to the first man and woman: Adam and Eve. This is the “two” being referred to here. There were no husbands and wives. There was only a husband and wife: Adam and Eve. No Mosaic Law existed.

If a man took on multiple wives, he had to stick with them all. They would all be considered “one flesh” before God; and later, God’s Law allowed a man to have more than one wife.

I have had many persons approach me with this one as “proof-positive” that a man can only have one wife. This passage reads:

A bishop then must be blameless, the husband of one wife, vigilant, sober, of good behaviour, given to hospitality, apt to teach. (KJV)

Where does this Scripture say that a man can only have one wife? It does not! It says that a Bishop (Elder, Ministerial Servant, Overseer, etc) is to have only one wife.

Why is that? Because men in these positions would have a lot of duties and responsibilities over the congregation in which they belong. If they had multiple wives – and children as a result – they would not have the time – or energy – to faithfully carry out those responsibilities.

The other men in the congregation who were not in those positions could have multiple wives if they were able to provide for them all.

Here another passage many use to show “proof” that a man can only have one wife. It reads:

Nevertheless, to avoid fornication, let every man have his own wife, and let every woman have her own husband.

Apparently, the congregation in Corinth had a problem with unmarried persons having sexual relations with other unmarried (single) persons and it was getting out of hand.

So to avoid the practice of fornication, the Apostle counseled that both men and women have their own husbands and wives to satisfy their natural sexual urges.

We do not see this counsel given to any other congregation because “fornication” was probably not a big problem in them.

Yet, individuals “unthinkingly,” say it is “in the Bible” and that this how they get away with misleading others concerning this topic. They reason that because it is in the Bible – a book that men fashioned –  it is binding upon all persons. Well, the Mosaic Law allowed polygamy – and this is in the Bible – yet the system of religion teaches otherwise. It is a mass of confusion and those who are within Christianity are confused. Many of the come across as intelligent or scholarly because they focus ONLY on the things they want to push out to others. Yet, when they encounter persons like me who hold their feet to the fire and ask the questions and produce the Scriptures they choose to avoid, then they do not look so scholarly. In fact, they go ugly on you and go into the attack-mode and make YOU personally the subject of the discussion.  That way they can drag a Red Herring and divert away from the topic without having to deal with it.

But did Jesus teach that a man could only have one wife? No.

Jesus did not discuss this. He never brought it up. It was the Pharisees who raised the issue of divorcing a wife. Why?

Because under the Law a man could have more than one wife and it must have been a problem back then. Thus, a man with multiple wives wanting to divorce one of them had a legal issue as to how the woman was to be legally handled and satisfied.

So rather than a person saying “Does the Bible teach that a man can only have one wife” they should be asking “Did Jesus ever teach this?”

The answer is, no he did not. And, we do not see this kind of discussion seeded throughout the “New Testament.” And, why is a book being made the authority rather than Christ himself?

Personally, I would not want more than one wife. One would be enough. Additionally, in this corrupted and demented world today, the Western mind sees filth in what is not filthy.

This crooked and corrupted mind is the result of so-called “Christian” training that does not listen to God and His Son. It listens to another voice. The same voice the woman Eve listen to. It was that voice that told her and her husband that they were naked.

Those who seek to become disciples of Christ must train their perceptive powers to become sensitive over the matters Christ taught as opposed to what Christianity teaches. Close examination of what men call Christianity is at odds with what Christ taught. Do not be fooled by it. Christ foretold it would come on the basis of his name. (Matthew 24:4-5)

Since God has not told anyone that a man can have only one wife, who did? 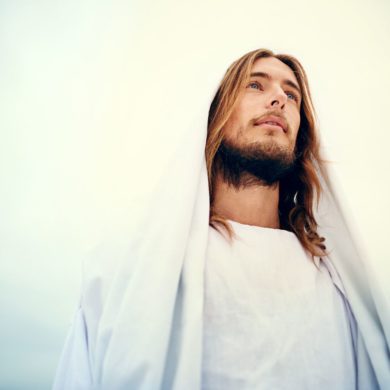