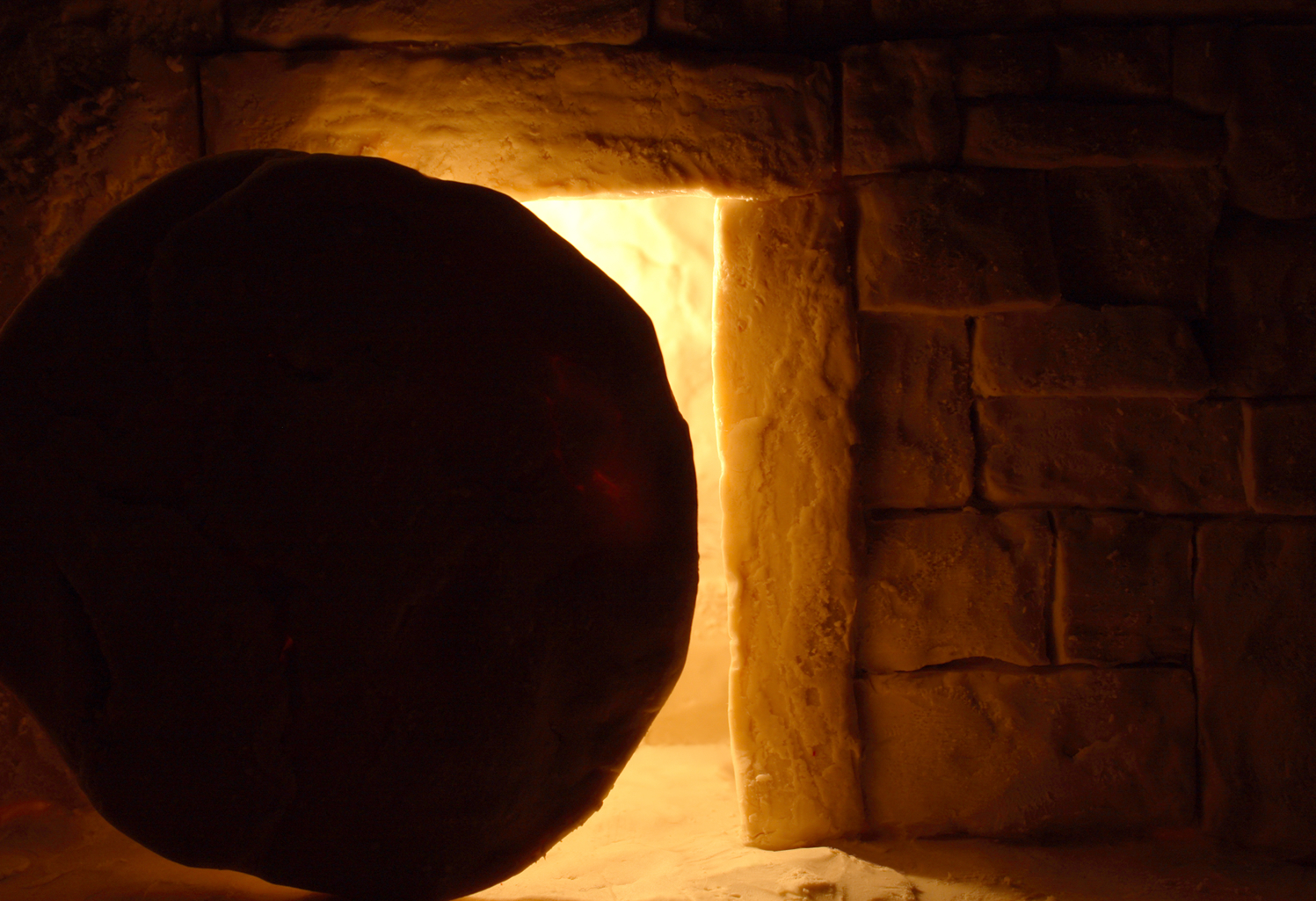 What Does Born Again Really Mean?

I was speaking at length with two individuals yesterday and the subject came up about being “born again.”

After the individual had finished I simply stated that what he said was not what Jesus taught and nowhere within the context did Jesus say anything about water baptism. I proceeded to explain to both of the individuals what Jesus meant when he spoke of being born again.

Unless Anyone Is Born Again, He Cannot See The Kingdom of God

The words above come from within the context of John 3:1-8. Jesus was having a discussion with the Pharisee Nicodemus.

Unless anyone is born again, he cannot see the kingdom of God.

Nicodemus did not understand that Jesus was talking about a person having to die and then be resurrected to life again (born again) in order to be in a position just to be able to see God’s Kingdom coming from afar; not necessarily entering into God’s Kingdom but seeing – that is, perceiving or understanding – that it is coming. That seeing it will not be possible unless a person dies and is resurrected back to life again.

Entering and seeing the Kingdom of God would require two different things according to Christ:

The reason why we know that Nicodemus did not understand Jesus is his response:

How can a man be born when he is old? He cannot enter into the womb of his mother a second time and be born, can he?

Then Jesus says to Nicodemus:

Was Jesus referring to being baptized in water? No! And I will show why?

First of all, Jesus never used the expression being baptized at all.

Notice at John 3:5-6 that Jesus mentions:

Jesus did not mention being born from water a second time. Why? Because he was not referring to water baptism, but water in another sense. What sense?

At John 4:14 Jesus referred to the things he taught as water:

This water (his teaching) is what would lead to everlasting life. So when Jesus was speaking with Nicodemus he was not referring to water baptism, but being a new person by virtue of accepting his teachings (water).

One has to really think about this: The promised resurrection at John 5:28-29 will encompass each and every individual who has died since Adam (to include Adam). These persons upon being resurrected (born again) will not know anything other than what they knew when they died within their respective time periods of life. Many of them will have raw and barbaric traits that will require being removed and replaced by water (teaching) from Christ. It must be remembered that God sent his Son to sacrifice his perfect life (blood) on behalf of ALL of mankind. (John 3:16)

It is in error that many of the religious organizations in this world teach that persons must fulfill certain requirements – such as joining a church and getting baptized in water – in order to benefit from Christ’s sacrifice. (These are teachings and rituals of men, not of Christ). Such teachings make absolutely no sense as they do not address the status of the billions who lived and died all over the world prior to the birth of Jesus. It is a subject many within the religious system called by men choose to avoid. Why? Because they are selfish and seek to usurp Christ exclusively for themselves in the manner they choose; and, primarily because they have not come to understand the full importance of the sacrifice of Christ’s death which was for ALL mankind. (1 Cor 11:3)

The result of accepting Jesus’ teachings – drinking his water –  would lead to being born of spirit. In other words, one would eventually receive the promise of the Holy Spirit. (John 14:16) This is Jesus baptism. It was John the Baptizer who baptized in water. Jesus’ baptism would be greater than John the Baptizers. Baptism in water ended with John. Jesus was the last person baptized in water. The reason why Jesus allowed John the Baptizer to baptize him was a public testimony that there is a “new Teacher (new water) on the block” and that from that day forward no one will be baptized again by John with his baptism in (old) water. Going forward there would be a new baptism and it would be spirit and fire. Jesus’ teaching (water) is strong, powerful and life-saving; and, this is the water all should seek. For without his teaching (water), it is impossible to see and ultimately enter into God’s Kingdom.

It is important to note that a person MUST literally die and be resurrected from the dead to life on earth and THEN they begin to drink new water (Jesus’ teaching) in order to qualify for entry into God’s Kingdom.

The water (teaching) many claims to be drinking today, is not lifesaving. It is a false teaching masquerading as if from Christ and it has no life-saving power. Jesus warned about this teaching and about those who would bring it. (Matthew 24:4-5)

Matthew 3:11 has John the Baptizers own words:

I, for my part, baptize YOU with water because of YOUR repentance; but the one coming after me is stronger than I am, whose sandals I am not fit to take off. That one will baptize YOU people with holy spirit and with fire.

That John the Baptizer did not want to baptize Jesus tells us that he understood that his disciple-making work and baptizing persons in water would end.

In order for any to enter into the kingdom of God (yet to come down out of heaven), they must literally taste death and then be resurrected again back to life. This is what being born again is: Born again from the dead. Once resurrected from the dead, then the person has to drink water from Christ; that accepts his teachings. Then they will be in a position to be able to perceive that God’s Kingdom will and must come down to the earth. I can tell you that even today, many have not perceived this. Why? Because many believe at death they will go up to heaven. If God’s kingdom will come down to the earth, why is there a need to go up to heaven? Besides Jesus said that no man(kind) has ever gone to heaven except the one who came from heaven and became a man.

No one has ever gone into heaven except the one who came from heaven—the Son of Man. (John 3:13)

Jesus spoke the truth: No one has ever gone into heaven. This makes sense as God’s Kingdom will come down and envelope the earth. The dead are in the earth. From within the earth, the dead are resurrected. How can there be a resurrection of the dead if persons are in heaven? That makes no sense. Yet, the many organizations within Christianity push forward and teach error and outright lies so as to mislead persons. It is a subject that they choose not to deal with because they are not able to reconcile it with what Jesus taught.

Those who accept water from Jesus will eventually receive his baptism which is Holy Spirit.

In future days those persons will be severely tested in the Great Tribulation. Their trials will come at the hands of their own brothers and sisters in Christ who allow themselves to be misled by Satan when he is un-abyssed. (Rev 20:7-8)

If they maintain their integrity and faith through that terrible time, they will enter into God’s Kingdom.

What is the Fire?

At Matthew 3:11, John the Baptizer mentioned that Jesus would baptize with holy spirit and with fire. What then is the baptism with fire?

Upon accepting Jesus’ teachings and then eventually receiving holy spirit, those persons will be able to speak what cannot be denied: The truth. Literal fire consumes. Truth spoken consumes the lie spoken and the lie cannot prevail.

Did Jesus Baptize His Disciples In Water?

In spite of there being no evidence of Jesus baptizing his disciples in water, the religious system called by men – Christianity – defiantly teaches baptism in water; the baptism of John the Baptizer.

One would think that in his more than three years on earth as Teacher, we would see instances of him baptizing his disciples in water. Yet, we do not see it. The reason is clear: He did not because water baptism ended with John the Baptizer. Christ’s baptism would be with holy spirit and fire.We DO see – after Christ’s ascension – his disciples receiving baptism in holy spirit and fire on the Day of the Festival of Pentecost 33 CE at Acts Chapter 2.

Yet, when you ask persons about baptism, the first thing they think about is in water. Rarely is baptism associated with holy spirit and fire: Jesus’ baptism.

This shows how deep the deception and misleading has gone, and right there is the religious system called by men – Christianity – taking the lead in pulling the masses down that rabbit hole.

Sadly, it is very difficult to reason with members of the various organizations within Christianity to see the gross error. They will drink the water given to them by their particular organization and staunchly defend it and give others the intoxicating teachings to drink.

In Defiance of What Christ Taught

Today, what primarily shows all of Christianity as false and not of God and Christ is that it teaches and practices the baptism of someone other than Christs. They teach and practice the baptism of John the Baptizer. Whereas, Jesus baptism is not with water, what with holy spirit and fire.

Is There a Rapture? No!

Hint: The Meeting the Lord in the AIR expression simply means a person being resurrected from the dead (Born Again). What do DEAD persons NOT do? Breathe air. When a person is Born Again from the dead (that is, resurrected), what will they do AGAIN? Breathe air. Thus, “Meeting the Lord in the Air.” Why? Because it is Jesus, who resurrects them. (John 5:28-29)

Read my article: Will There Be a Rapture?