I want to preface this article by saying that I am a United States Veteran of 20 years and 22 years as a United States Federal government employee in Washington DC and a former Foreign Service Officer having served overseas. This is important to say because I do not want what I am about to say be taking out of context. I have a unique perspective on what it means to serve in the U.S. Armed Services and what is called patriotism as well as being a student of Christ and “giving what belongs to Caesar to Caesar and what belongs to God to God.”

Is America great? Absolutely! It is great in that it is an economic and military force, unmatched by any nation ever to exist. However, America has thumbed its nose up to The Most High God and has become arrogant, proud, and full of itself. How so?

In the Book of Daniel, we read of a mighty king by the name of Nebuchadnezzar. He was the king of Babylon. Of his kingdom, he says at Daniel 4:29-30 …

Twelve months later, as the king was walking on the roof of the royal palace of Babylon, he said, “Is not this the great Babylon I have built as the royal residence, by my mighty power and for the glory of my majesty?

America is a modern great Babylon or “Babylon The Great.” How so? It was built upon a false foundation, Invaders came from Europe and stole the land of a people who were already here and claimed it (and named it) as their own. These invaders did not build up a nation for the glory of God or anything like that – even though it claims “In God We Trust – no, it was built up for the power and glory of the invaders and their descendants in the land. Anyone who questions or opposes that power will be dealt with or labeled somehow as “disrespectful” or “unpatriotic.”

King Nebuchadnezzar demanded loyalty and submission to worship of his image. He demanded unquestioned and blind patriotism from his subjects else they would be punished or put to death. (Killing nowadays does not necessarily mean a literal taking of life, but making it difficult for you to live a good life. One way to “kill” a person is to fire him/her from a job or make it difficult for one to get a good job or get promoted).

Within King Nebuchadnezzar kingdom of great Babylon, there was a scenario that was strikingly similar to what is occurring today at professional sporting events in the United States, in particular, the National Football League (NFL).

Three Hebrew boys by the name of Hananiah, Mishael, and Azariah who were given new names by a Babylonian court official, Shadrach, Meshach, and Abednego.

As punishment, King Nebuchadnezzar ordered them executed by being thrown into a fiery furnace. The boys were not harmed, The Most High God protected them. (Daniel 3:1-7)

America the Great is a modern-day “Babylon the Great.” It demands that its subjects worship its image (the flag) and it expects at the playing of music – the national anthem – that its subjects stand. While this modern-day Babylon the Great does not call it worship, it really is. Else, why have anyone perform such an act. This modern-day Babylon the Great says it is showing respect for the flag. Correct me if I am wrong: Respect is a two-way street. One who consciously gives it and one who consciously receives it or is aware that it is being given respect. Any image, such as a flag, is a lifeless object!

NFL players who “take a knee” to the flag in protest to racial injustice in America are modern-day Shadrach, Meshach, and Abednego’s or I will call SMA’s.

They are being threatened with career loss and called SOB’s and other expletives because they refuse to submit to the will of this modern-day Babylon.

I was actually told by a co-worker (who was a middle-aged White man) that if the Pope visits Washington DC and comes through our work area, I had better stand and as he passes by, kiss his ring. He was serious! In his mind NOT to perform such an act was being “disrespectful.”

This is how many Americans feel about the flag, an idol. Their “fruit of the looms” do not get into their crevices if one does not bow down to worship The Most High God (and they shouldn’t, it is a personal choice), but they lose their minds if one does not perform an act of worship to a lifeless image, a flag!

This modern-day Babylon the Great is a godless nation. Even though it claims “In God We Trust.” Its actions throughout its history say otherwise. It plays a very dangerous game as God is not mocked.

This modern-day Babylon thinks itself to be God! It demands to be worshiped.

I am sorry, Any follower of Christ must listen to The Master who says at Matthew 22:21 …

So give back to Caesar what is Caesar’s, and to God what is God’s.

My worship cannot go to Caesar (The State), it belongs to The Most High God.

While I have no problem with the NFL protesters (I agree with the substance of why they are protesting), I will NOT perform an act of worship to anything other than to my God.

If there are an NFL protesters who see or read this article: Standing and “paying respect” to a lifeless image” is idolatry and blasphemy to the Creator of the heavens and the earth.

I say this because if by any remote chance, your efforts are successful (and I do not believe they will be because Caesar demands worship), will you then stand?

Just as God dealt with King Nebuchadnezzar, He will deal with this modern-day Babylon the Great and bring her to ruin.

The cancer is already spreading within her. Her sickness will worsen. (Just look at the person who is the President and the many who support him). 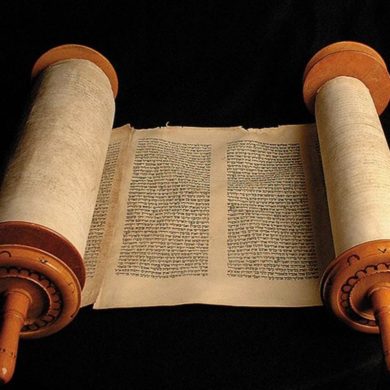