Accused of Being a Racist

I received an email and I was accused of being a racist. Why? Because I said that it is in error to portray Adam, Eve, Jesus, God, Angels, Noah, Moses, The Apostles and others as White people. But I also said it would be improper to portray them in the likeness of any race among the human family. I guess the emailer did not read that part or chose to ignore it.

Yes, I stated that “the Europeans” were responsible for these portrayals and perpetuating them. This is true! It is the truth part that persons like this cannot digest. They play the race card – not I – whenever persons of European descent are called out to explain atrocities, injustice, lies, etc. No one but God is above reproach. This is all that I am doing. Mention of persons of European descent or the expression Whites should not be misconstrued as an act of racism. As far as I am concerned it is just another way for one not to deal with the truth, but rather to avoid it. (1 John 4;1)

I am not one who will go along with something because it is popular. Recall when The Son of God first came on the earthly scene, he was not popular. Many tried to harm and kill him. They could not bear his words of truth. His word cut his opposers.

Today, it is his words of truth that cut even those who claim to believe in him and follow him. This opposition to the truth about Christ is the spirit of antichrist. (1 John 4:3)

Yes, the truth about Christ is one of the things that has the world in an uproar; even causing major contention among the many divisions within the religious system of Christianity itself who blindly pretend that it is united by using inclusive expressions such as “we Christians” or “Christians are …” Rarely do they speak about how very divided and dissimilar they are. The truth is that he is The Son of God, not God. It is antichrist’s inspired express that has falsely taught the world that Christ is God.

When persons say that Jesus is God, they deny that he is the Christ. One cannot be God and Christ as we know that there is only ONE God and he is The Father, not the Son.

The Son of God when he spoke the truth and exposed hypocrisy, corrected false teachings about himself and his Father in heaven was accused of doing such things in the name of Beelzebub! Another way of saying that Jesus was a liar. (Matthew 12:22-30)

Many today accuse me of being a liar and a racist but are unable to dispute Jesus’ words which I repeat. They are unable to deal with them so instead I become their personal focus. It is called dragging a Red Herring.

A red herring is something that misleads or distracts from a relevant or important issue. (Wikipedia)

Rather than deal with what Christ himself stated, they jump all over the Bible and consult the Prophets of old as if their words carry more weight than his. (Luke 9:35)

I do not apologize for speaking the truth (repeating what Christ said). I would not be a disciple of Christ if I did not.

Why do I mention persons of European descent and/or White people so much in my articles? Because as a race, they continue to aggressively push and perpetuate such false portrayals of God and Christ and the heavenly hosts. Few that I know of do not speak out against them as being false. They are OK with these lies and expect everyone else to be OK with them too!

I am an African American man with children and grandchildren. I resent such portrayals infecting the young and fertile mind and being bombarded with them from childhood to adulthood and the end result is a subconciously ingrained fear of White people (also as being superior) and growing up believing that an ascended spirit creature is a flesh and blood White man.

I have had White people write me in defense of these false portrayals! One person wrote:

What is more important is what Jesus taught not how he looked. You are a racist.

Apparently this person failed to understand that to somebody out there, portrayal of Jesus as a White man is extremely important else they would not continue with it. I did not start this. So I responded back to the emailer and asked him, “How do YOU characterized those who created these false images of Jesus as a White man (they thought it was important how he looked)? Do you view them as racist as you do me? If not, why?

My point is that when Black persons like myself question, challenge and investigate such things, you get labeled a racist.

I even had a Black woman who defended Jesus being portrayed as a White man. She called me self-righteous and a divider of “Christians.”

I responded to her by saying, “Christianity has over 41000 contending denominations. Christianity is already divided?”

So there are Black people who defend “Mr. Glimore” who is the proverbial and fictious slave owner I use whose domain or slave plantation is the religious system called by men, Christianity.

I really appreciated a recent comment that a White woman made concerning my writings. She said that I dare speak what people of any color do not want to hear. She was perceptive to understand that I am not out to hurt or insult anyone, but just speak the truth. Jesus was not out to intentionally hurt or insult anyone. It was just what he spoke was truth: Something many back then had not heard and was not prepared to accept. So many went emotional on him.

Jesus’ word is a sharp two-edge sword that protrudes out of his mouth. His word is truth!

In his right hand he held seven stars, and coming out of his mouth was a sharp, double-edged sword. His face was like the sun shining in all its brilliance. (Rev 1:16)

It is not I who is cutting anyone. It is the truth! 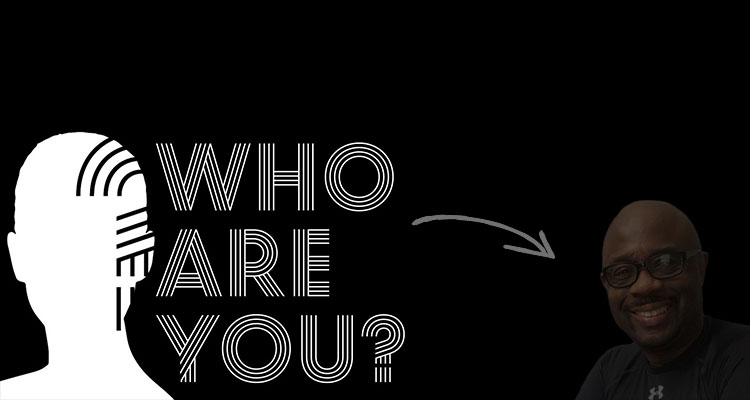