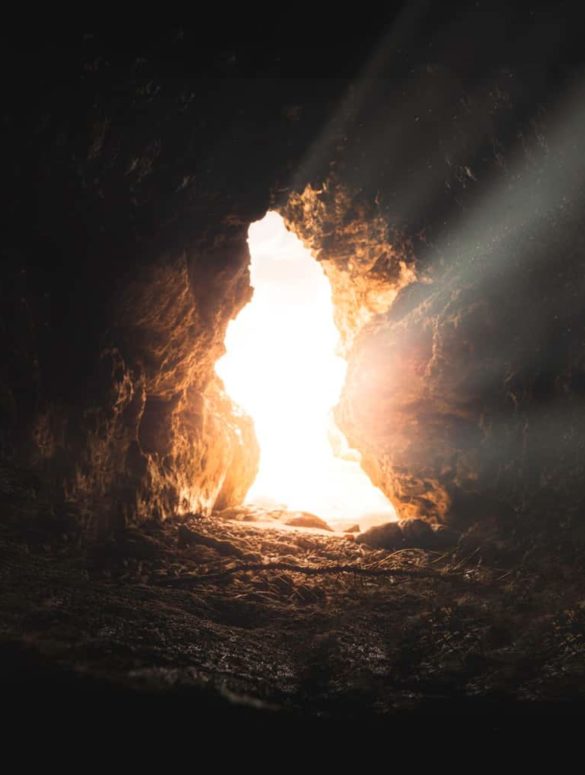 A Resurrection For “ALL?”

In this article – and the accompanying video – I explain who qualify for a resurrection, to where that resurrection takes place, and will those Jesus refers to as “Evil Doers” receive a resurrection.

First permit me to say that the confusion in understanding and reconciling a resurrection for all of mankind and the “evildoer” lies in several places: (1) What the religious system called Christianity traditionally teaches about the resurrection, “being saved” and accepting Jesus Christ as ones Lord and Savior and (2) understanding the time period in which Jesus is referring to.

What Christianity Teaches About The Resurrection?

Largely, Christianity does not teach a resurrection from the dead. It teaches dying and going to heaven if one accepts Jesus as their Lord and Savior or eternal torment in a fiery hell if one does not accept Jesus as one’s Lord and Savior! It teaches a Rapture. That is, “an escape” from what will come upon the world as they will meet Jesus in the air and they go to heaven while everyone else is destroyed. Jesus never taught any of these things and these manmade teachings are in place to mislead and cloak Christianities inability to explain Jesus’ teachings. Plus, these false teachings are spawned out of a world and a religious system Jesus said his kingdom is no part of. (John 18:36)

The Time Period Jesus Referred To Is Important

A Resurrection For All? Did Jesus Lie?

These are not my words!

So who are these “all” that Jesus is referring to? All who sprang from Adam! All of mankind past, present, and who are born and die preceding the beginning of Christ’s 1000-year kingdom!

Is that not why God sent His Son into the world of mankind? To save it from – not dying – but from perishing? (John 3:16)

Note: Dying and Perishing are two different things. If one dies – and we all will die – we have the hope of being resurrected and have before us the prospect of everlasting life. Dying is the certain eventuality of each and every person born on this side of Christs 1000-year kingdom yet to come. If one perishes, they have no hope of being resurrected because to perish is to no longer exist, not even as a dead person. NO ONE today – on this side of Christ’s future 1000-year kingdom – is in a perishing state. One can only be placed in a state of perishing (not perished) AFTER Christ’s 1000-year kingdom ends!

So all of mankind who lived and died since Adam (including Adam) will have a resurrection according to Jesus … and I believe Jesus.

If you and I lived, say, 50, 100 or 200-years ago, would we and others not be trying to fit the events of those days to the things Jesus said? Yes! Back then as with now, we would be in error.

“Get Away From Me You Evildoers.” How Reconciled With The Resurrection of All?

Read Romans Chapter 5. All of mankind on this side of Christs’s 1000-year kingdom is under “Grace” or in a “Grace-Period.”

The sin we inherited from Adam is not being counted against us. Jesus’s death took care of that.

We are all imperfect creatures and as such, we will continue to do bad things. Even thinking that the bad we do is good or the good that we do is bad. That is why Jesus NEVER condemned anyone! Did he not ask forgiveness for those who persecuted and put him to death! (Luke 23:43)

Jesus knew that people then … and now … “Do not know what they are doing.”

But a time period will come when we WILL know what we are doing. When is that time period? AFTER Christ’s 1000-year kingdom ends!

At that time, all of mankind will have been resurrected and taught God’s righteousness and all will be without excuse. No one will be able to say, I dd not know what I was doing” and neither will Jesus intercede and ask the Father to forgive them because there can be no more sacrifice for sin.

If we deliberately keep on sinning after we have received the knowledge of the truth, no sacrifice for sins is left (Hebrews 10:26)

Look at Hebrews 10:26 very carefully and ask yourselves, “Have we received the knowledge of truth?”

No! Who says Christianity is teaching the truth? That would be a bad assumption to make! Even when Jesus asked his Father to forgive those who persecuted and who would put him to death, even they did not have the knowledge of the truth. Even his disciples back then did not receive a full knowledge of the truth. Jesus even told them that that there were many things he wanted to tell them but they would not be able to bear it. (John 16:12)

It will only be after Christ’s 1000-year kingdom has ended (all of mankind will have been resurrected), that all will have received the knowledge of the truth.

It is from that time period going forward that what Jesus said at Matthew 7:21-23 has application.

Because a person has received the knowledge of the truth does not mean they cease to be agents of free will. One can still choose to do evil or bad. Did not Adam – a perfect man – after receiving God’s command not to eat from the Tree of the Knowledge of God and Bad knowingly disobey God? Adam made a choice to disobey (a bad thing) God!

Adam knew God’s command not to eat from the tree and Adam taught that command to his wife because she repeated it to the Serpent. (Gen 3:2-3)

So when Jesus will say … In that day … “Away from me, you evildoers!” he is referring to those persons within THAT time period who will have ALL been resurrected, ALL received the knowledge of the truth but will knowingly disobey God and Christ thus making them evildoers.

There is a difference between someone being Evil and being an Evildoer. Jesus did not say they were evil. He said they will be evildoers! Implying what? That they will know what is good!

Again, no one today has received the knowledge of truth and Matthew 7:21-23 has no application in our time period today.

In fact, much of what Jesus taught makes reference to a time period after his 1000-year kingdom ends.

That many today try to make some things that Jesus taught fit into our time period is the cause for confusion.

One must know Christ well enough to know what time period he is referring to when he speaks.

How is this done? Through prayer. Ask the Father in the office of Jesus’ name for His knowledge, wisdom, and understanding.

Pray incessantly. Be patient. You will be answered. You might not like the answers and revelations who receive because they will go against the established things taught in this world (the one Jesus said his kingdom is no part of) …

But it will be the truth.

Is The Bible From God?