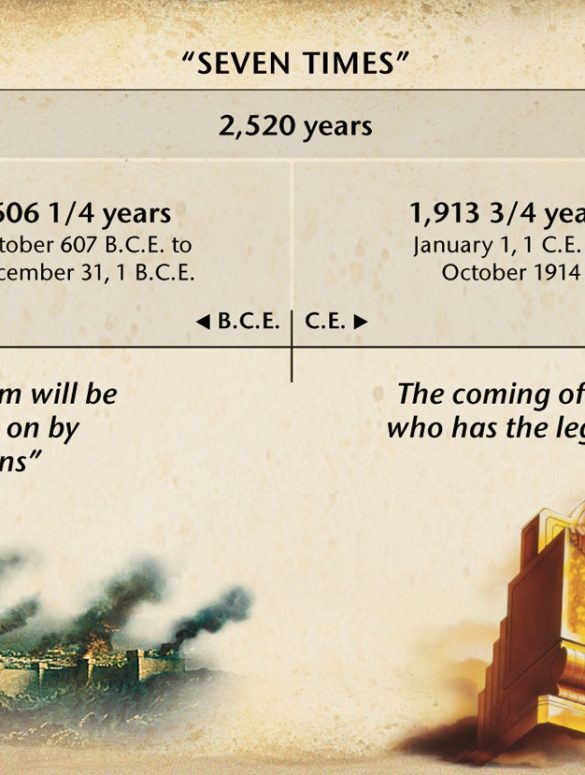 Today, I had a conversation with one of my former Brethren about the validity of the 1914 date. I have known this individual for quite some time and I applaud him for asking me why I disassociated myself from “The Watchtower Organization.”

I gave my reasons as follows:

Yet, it was the 1914 date that peaked his interest. He asked me, “So you do not believe Christ’s parousia occurred in the year 1914?” My answer was no, and that “According to Christ such dates, times and seasons is not knowable by any human, human entity, angel or by even Christ himself. Only the Father in heaven knows this.”

Concerning that day and hour nobody knows, neither the angels of the heavens nor the Son, but only the Father.

My former Brother (JW) said to me, “Well, this scripture says nobody knows the day and hour, it did not say that nobody will know the year.

For just as the days of Noah were, so the presence of the Son of man will be. For as they were in those days before the flood, eating and drinking, men marrying and women being given in marriage, until the day that Noah entered into the ark

My friend maintained that this scripture uses the word day, not year.

My response to him was, “By whose calendar are you reckoning the year? The Gregorian Calendar? The Jewish Calendar? etc. He had no answer.

Then I asked him, why would Jesus say “Keep on the watch?” If one knew on what year he would return, there would be no need to “Keep on the watch.” Therefore, Jesus was not referring to a literal 24 hour day or year.

I asked him if it was logical for a thief to announce when he is going to break into someones house. He said, “No.”

Now as for the times and the seasons, brothers, YOU need nothing to be written to YOU. For YOU yourselves know quite well that Jehovah’s day is coming exactly as a thief in the night.

He said to them: “It does not belong to YOU to get knowledge of the times or seasons which the Father has placed in his own jurisdiction.

A year is a time (period). So the argument that Matthew 24:42 does not mention year is a very weak one.

I was frank with my friend: “You are maintaining and defending a teaching of a religious organization rather than defending what Christ taught.”

His eyes got glazed over. I have seen this look all too often. That glazed look is a proverbial sticking ones head in the sand.

He then said to me, “We just have to wait on Jehovah.”

“What does that mean? God has already spoken to us through His Son and I mentioned a few of the Scriptures above and His Son says that …”

So what my friend was saying was that one should listen to what the Watch Tower organization says and ignore what Christ said.

The Watch Tower cannot reconcile their 1914 teaching with what Jesus said in Scriptures above.

Thus, it is easier to avoid what Jesus said and steer individuals away from those Scriptures and carry them along with a1914 teaching that will prove to be false and not pass the test of being from God. (1 John 4:1)

I can with certainty say that the Watch Tower organization is very worried about all the things they say will be fulfilled based in the 1914 teaching foundation.

Yet, the Watch Tower organization will do what it always does when something it has been teaching and prophesying about does not come to pass, it plays the “light getting brighter” game.

Was not the light bright enough way back then when they began teaching these things? Was not The Most High God truthful when he gave the Watch Tower the 1914 teaching? (Assumming that He was the source of the teaching.)

The Watch Tower always has a way out when backed into a corner. But any thinking person and anyone who is currently a Jehovah’s Witness or a former Jehovah’s Witness, has to ask themselves, “Who is it that I should be listening to and obeying? Humans? Human entities and organizations? Or Christ?

The answer is clear as The Most High God Himself has spoken at Luke 9:35:

And a voice came out of the cloud, saying: “This is my Son, the one that has been chosen. Listen to him.”